Gareth Southgate is gearing up to lead his England side out at the Stadio Olimpico to take on Ukraine in the quarter finals of Euro 2020.

The Three Lions are yet to concede a goal all tournament, keeping clean sheets in all four of their fixtures, returning a record of three victories and one draw.

The round of 16 clash saw England beat Germany 2-0 at Wembley courtesy of goals from Raheem Sterling and Harry Kane, setting up the first meeting with Ukraine in just under nine years.

The last time England and Ukraine met came in a FIFA World Cup qualifier in 2013 in preparation for the tournament the following year in Brazil.

The clash was a particularly drab affair in Kiev, ending 0-0 without any incident of note.

Just one member of the starting eleven that night remains involved in the international set up and was selected for this years European Championship squad.

England eventually qualified for the tournament, but delivered one of their worst showings at a major tournament while they were there and were swiftly dumped out at the group stage under Roy Hodgson's tenure.

With that in mind, Star Sport takes a look at the starting line-up that took on Ukraine all those years ago and where each member is now… Joe Hart seemingly once had the whole of British football at his gloved fingertips, but endured a spectacular fall from grace that now sees him barely featuring for his club side.

A vital part of the Manchester City side that won the Premier League in 2012, Pep Guardiola's arrival in 2016 signalled the beginning of his demise.

The shot-stopper was still at Manchester City at the time of the clash and could not have expected how both his club and international career would whimper to a halt entirely.

Failed stints at West Ham and Burnley followed before eventually settling for the role of Tottenham's back-up keeper, joining the North London outfit on a two-year deal in the summer of 2020. The only member of this line-up who is still an England player, Walker has featured in every game of Euro 2020 thus far, regularly entrusted with either right-back or right-centre-back duties.

The Manchester City man has gone on to win three Premier League titles alongside four League Cups and a solitary FA Cup under Guardiola.

The Sheffield-born defender is one of the most experienced members of Southgate's current side, boasting an England career that has spanned across ten years.

Walker was the only Three Lions star to receive a booking on the night against Ukraine in 2013.

Still playing top tier football at the age of 35, Cahill has been a Premier League mainstay for well over a decade and a half.

Now of Crystal Palace, Cahill's has won just abut every honour club football has to offer – two Premier League titles, two FA Cups, one Europa League and arguably the most coveted of all – one Champions League.

All won in the colours of Chelsea, Cahill's international career is also an impressive one, having featured for England in four separate major tournaments over the course of six years.

Cahill eventually "stepped aside" from the national team set-up five years after the fixture against Ukraine, informing Southgate that he did not want to be considered for selection unless there was an injury crisis. 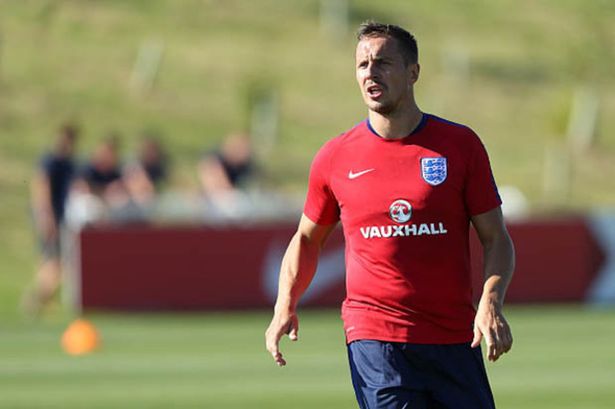 His first cap came in a friendly against Trinidad and Tobago, but the defender was forced to wait another two years before he made his first competitive start, which came against Bulgaria in September 2010.

Jagielka technically played under two different managers at international level, making his debut under Fabio Capello while retiring from international duty under Roy Hodgson, who picked the defender for both major tournaments he was manager for.

The centre-back spent last season with Sheffield United as they were relegated from the Premier League, his future remains unclear with no talk of a contract extension. 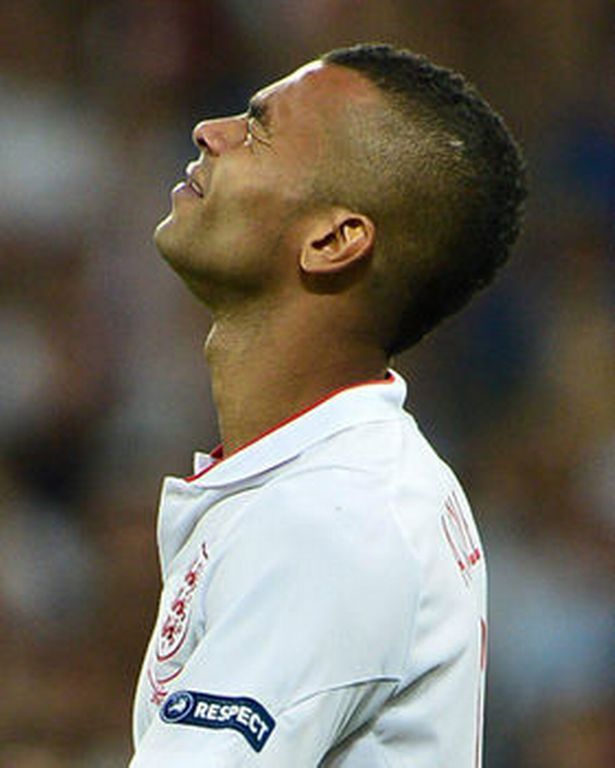 Arguably the finest left-back this country has ever produced, the game against Ukraine came towards the end of Cole's international career, though he was still operating at a remarkably high level.

The former Chelsea defender called time on his England career less than a year later after he was left out of Roy Hodgson's squad for the 2014 World Cup. 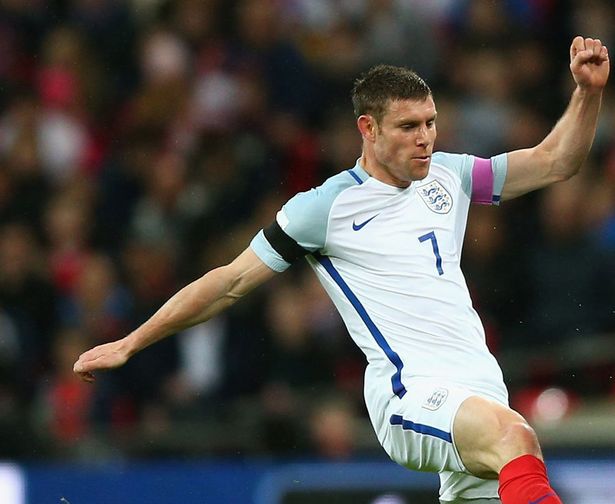 Still operating at the highest level, Milner won the Premier League just a year ago with Liverpool as he continues to show that age is just a number.

Fitter than most players ten years his junior, Milner is showing no signs of slowing down as of yet.

Milner received his first England cap in 2009, but struggled to become a regular in the international fold, rarely trusted by Fabio Capello for big matches.

He enjoyed more success under Roy Hodgson, featuring in every game of Euro 2012 before ending his England career 2016 under new manager Sam Allardyce.

A fellow Liverpool fan favourite, Steven Gerrard is now enjoying just as much success as he did as a player at managerial level.

Taking to life as a boss with relative ease, Gerrard has guided Rangers to the Scottish Premier League title – halting Celtic's bid for 10 in a row in the process.

Gerrard is regarded as one of the finest midfielders England has ever seen, spending his entire playing career at Anfield, he also popped up with some vital goals for England at a major tournaments, scoring the Three Lions opening goal at the 2010 World Cup in South Africa. Lampard was often lambasted for his inability to forge a successful partnership with Gerrard and the pair do not seem to have similar luck at managerial level.

While Gerrard has achieved huge success as Rangers boss, Lampard is currently out of a job after being sacked by Chelsea at the turn of the year.

Prior to his appointment at the Bridge, he enjoyed a stint as the manager of Derby County, where he fell just short of guiding them to the play-off final.

A player destined for greatness, Wilshere failed to live up to the huge weight of expectation placed on his shoulders as a teenager at Arsenal.

Though he remained with the Gunners for ten years as a member of the first-team, his career is one that will always be looked back upon with regret.

The midfielder was most recently at Bournemouth after a dismal period at West Ham, but the Cherries also opted against renewing his contract and the 29-year-old is currently without a club.

A story of unfulfilled promise eerily similar to Wilshere's, the pair even played for the same club.

Though it would be unfair to claim Walcott underwhelmed over the course of his career, he bagged more than 100 goals for Arsenal, he too struggled to live up to the hype that surrounded him as a young man.

Much of that hype stemmed from the fact Walcott was selected to represent England at the 2006 World Cup before he had even so much as kicked a ball for Arsenal, though he would not play a single minute at the tournament. 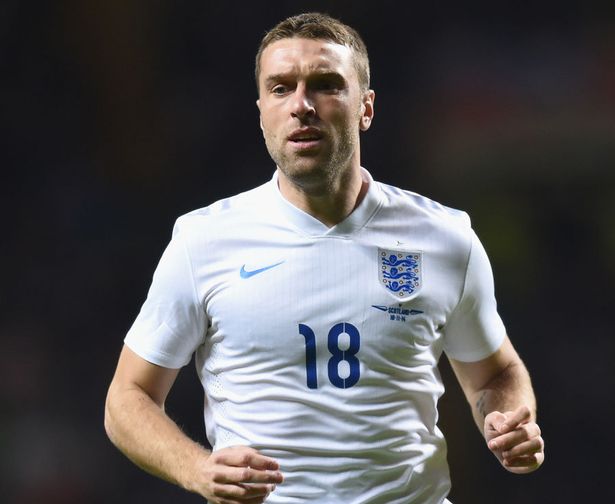 Few England careers start quite as spectacularly as Lambert's, the former Southampton striker bagging his first goal in an England shirt with his first touch against fierce rivals Scotland.

One of the longer serving players in the squad that night, Lambert made his professional debut in August 1999, to put that into context, Jack Wilshere was seven years of age at the time.

An unglamorous route to the top of the football pyramid, Lambert plied his trade for the likes of Stockport County, Rochdale and Macclesfield Town before eventually getting his 'big break' at Southampton, which earned him a move to Liverpool.

The striker retired in 2017 and is yet to do any form of punditry or managerial work.