There is an intensity about Ada Hegerberg and the Norway team who will present England’s biggest group stage challenge of the European Championship when the teams clash in Brighton on Monday.

While England have had a card school going — with forward Nikita Parris the one to beat — the Norwegians like to do crossword puzzles. And then there is their approach to the football.

Norway could have scored seven as they beat Northern Ireland 4-1 on Thursday but Hegerberg, whose standards have made her one of the world’s top players, was making no bones about the goal the team conceded. 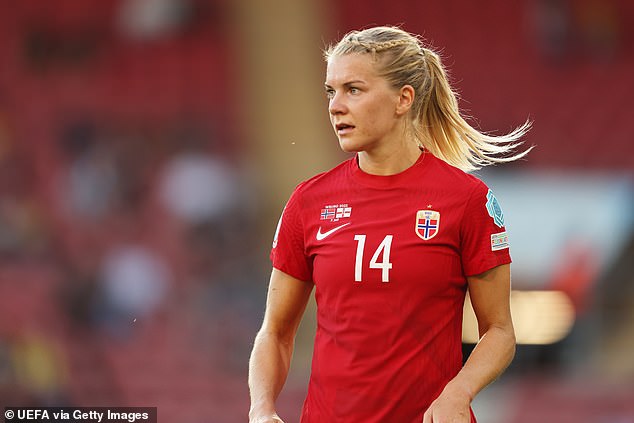 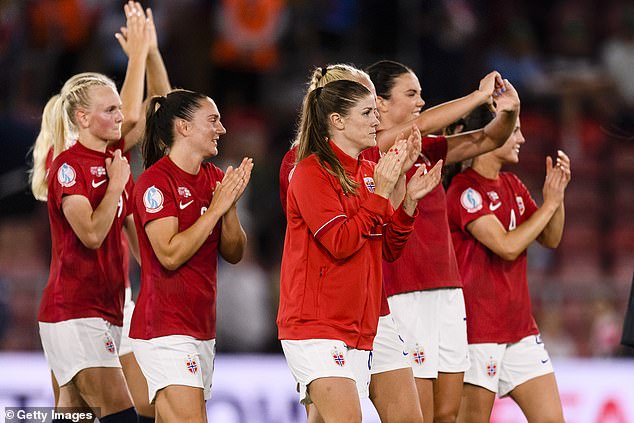 ‘We were asleep at the beginning of the second half,’ she said.

‘We can’t let this happen because it will be a completely different level against England.’

As uncompromising players go, the 26-year-old is right up there with Megan Rapinoe, who has just led the American team in their successful $24million legal suit against the US Soccer Federation over ‘inequality in pay and treatment’.

After Norway’s disastrous 2017 Euros, in which they failed to register a point, or a goal, Hegerberg cut off all ties with the national team, insisting that the country’s FA always prioritised the men. 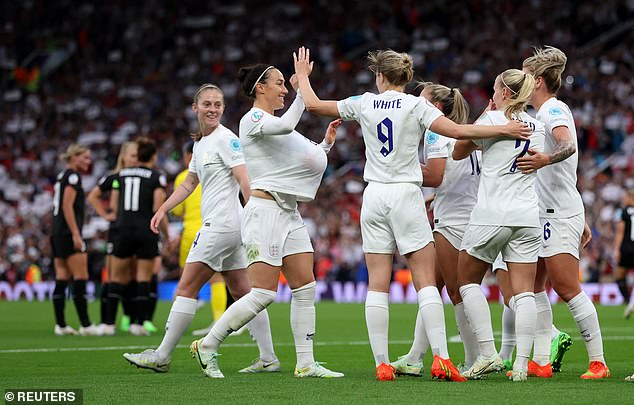 She was vindicated when a subsequent inquiry set up by the country’s FA, led by former international Karen Espelund, eviscerated Norwegian football’s men in suits.

Yet she maintained her exile while becoming arguably Europe’s supreme player, pivotal to Lyon’s crushing of Barcelona in last season’s Champions League and first winner of the Ballon d’Or Feminin.

Now she is back following a 20-month lay-off with an anterior cruciate ligament injury, with Norway waiting to discover if she can finally flourish in the national team.

Her struggle to make an impact in the 2017 Euros have drawn comparisons in Norway with her compatriot Ole Gunnar Solskjaer, who lacked the strong players around him that helped him to score so freely for Manchester United. 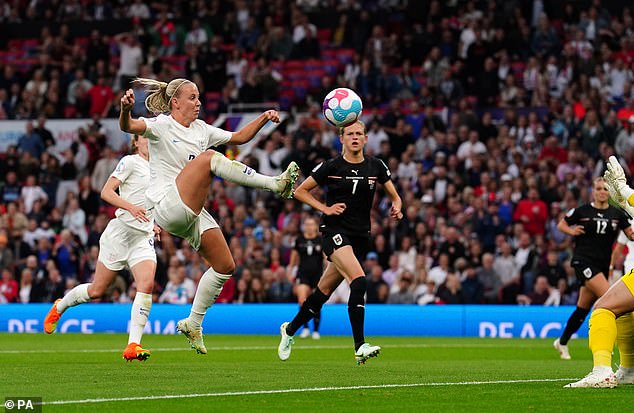 Beth Mead scored England’s only goal in their win over Austria in front of nearly 70,000 fans

Both players’ international tallies are good — Hegerberg has 42 goals in 71 games, Solskjaer hit 23 in 67.

The evidence of the nine months since her return to the fray is that Norway are more capable of supplying her than they were five years ago.

They have a greater number of elite players operating on her level now. Not just Barcelona’s Caroline Graham-Hansen but Arsenal’s Frida Maanum and Chelsea’s Guro Reiten.

This is a Norway side with quality in depth. 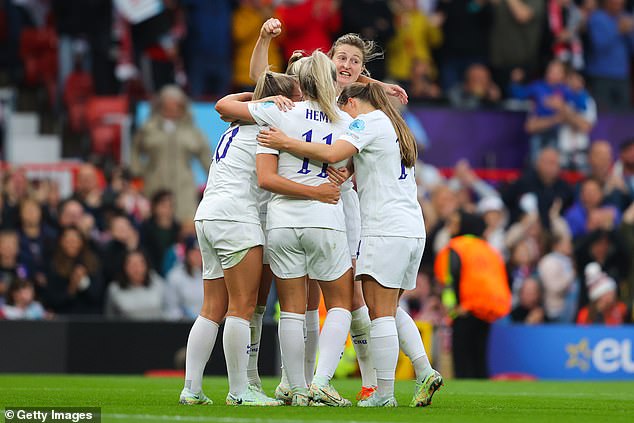 ‘Hegerberg seems like a much more mature player than last time on the national team,’ says Solveig Gulbrandsen, who commentates for Norwegian broadcaster TV2.

The former national men’s team’s manager, Egil Olsen, feels they could be less concerned with possession and more focused on attacking passes between the lines for Hegerberg and Hansen.

Privately, the England team may reflect that Hegerberg’s self-imposed exile have enhanced the demands for greater equality.

New Zealand Cricket announced last week that their women’s national team and domestic women’s players will receive the same match fees as men, from next month. 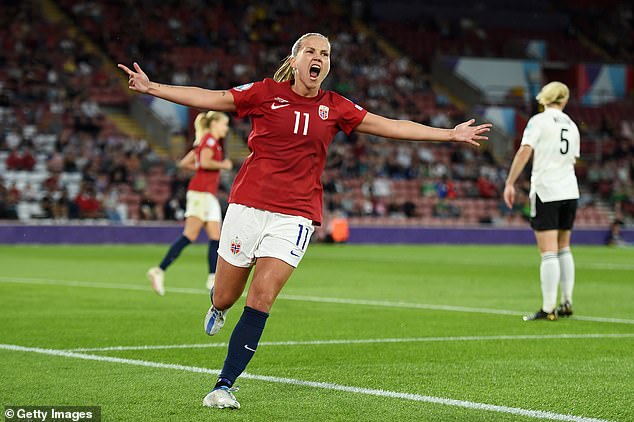 England’s Jill Scott said that she was not looking for this kind of parity. ‘In any job, if someone was to offer you more money, you wouldn’t decline it, would you?’ she said.

‘I always think women’s football is on a journey. Where we’ve come from to where we are now is massive.’

Lucy Bronze, who played with Hegerberg at Lyon, says the striker’s competitive instinct is what makes the difference.

Hegerberg said of Norway’s opening match: ‘If we can make it a little easier, then we can score a lot more goals.’