Home » Soccer » England vs Italy: Why will there be no fans in attendance at Molineux? 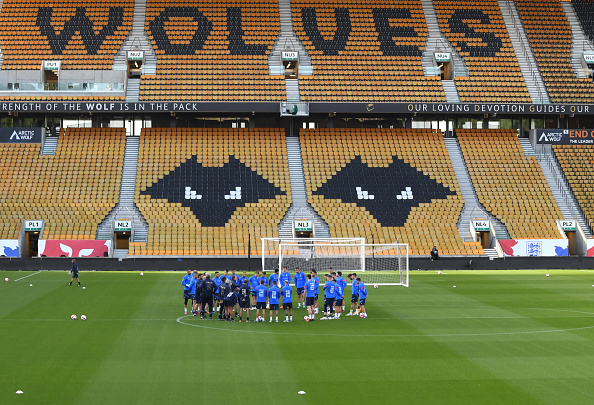 England and Italy will meet in a repeat of the 2020 European Championship final at Molineux tonight but the game will be held behind closed doors.

Saturday’s match at the home of Wolverhampton Wanderers comes 11 months on from the night where the Three Lions suffered penalty shoot out heartbreak at Wembley against the Azzurri.

England’s first major final in 55 years was marred however by serious unrest ahead of kick-off. Fans fought with stewards and police as they attempted to force their way into the stadium without tickets, causing havoc with a number of arrests made.

As a result, the FA was fined €100,000 with England handed a two-game stadium ban – with the second game suspended for two years.

It is the first time the national team has received a punishment that has resulted in a home match being played behind closed doors.

What happened at the Euro 2020 final?

Thousands of England fans gained illegal entry to Wembley that day with 53 arrests made at the stadium for offences including assault, drunk and disorderly conduct and criminal damage.

Some forced their way into areas reserved for the families of England players, with Harry Maguire later revealing his father was left with two broken ribs after being caught up in a stampede of ticketless fans.

‘If it is an embarrassment, it is for England as a country,’ England manager Gareth Southgate said this week.

‘A lot of the people that caused the problems I’m not certain were football fans.

‘We spoke enough about it, we spoke about it after the final and when the punishment was first given, what I will say is the vast majority of our fans who travelled to Germany on Tuesday behaved brilliantly, a big thank you to them because maybe people were thinking something different but there were a huge majority who were a credit.’

Will any fans be in attendance?

Up to 3000 children will be in attendance on Saturday night with Uefa rules allowing the FA to provide tickets to fans under he age of 14. One adult is also allowed to attend for every 10 children present.

Hungary were given similar treatment for their game against England in Budapest last Saturday.