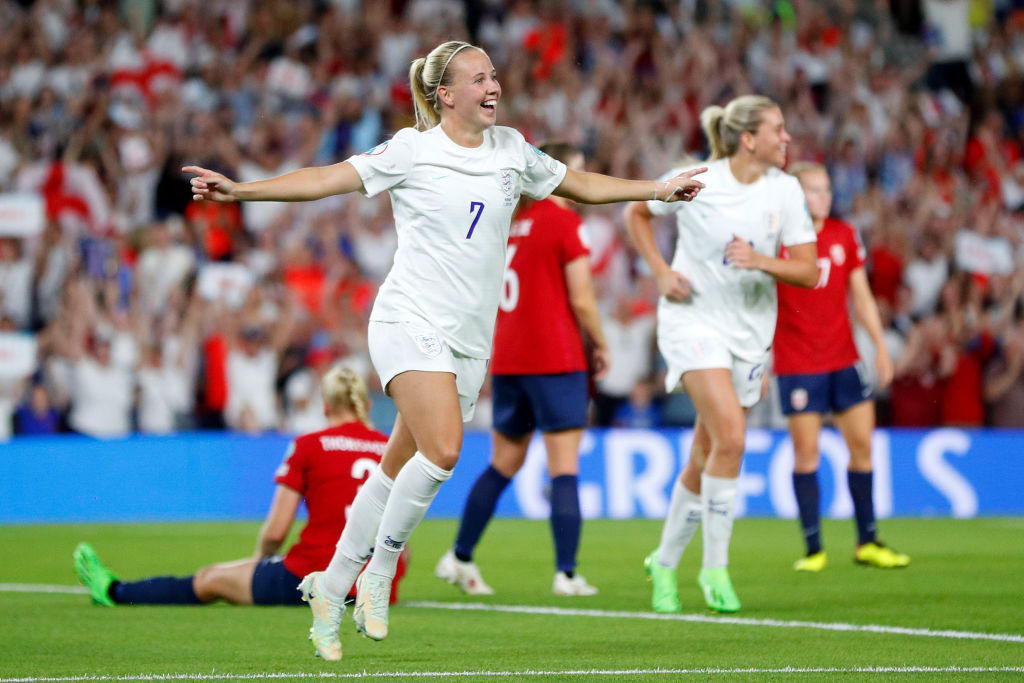 England have booked their place in the quarter-finals of the 2022 European Championships after an incredible 8-0 win over Norway on a historic evening at the Brighton Community Stadium.

The Lionesses set a new competition record for most goals scored in a game, putting six past the bewildered opposition during a breath-taking first-half display.

Two more in a second-half where Beth Mead sealed her hat-trick saw England become the first side in European Championship history, men’s or women’s, to score eight goals in a single game.

Mead and Ellen White each scored twice after Georgia Stanway and Lauren Hemp had given the hosts a two-goal lead inside 15 minutes.

Mead’s second was the pick of an outstanding set of goals, dancing inside from the right and beating two defenders before firing home a sensational solo effort.

In a faultless first-half performance, Sarina Wiegman’s side demolished the team ranked 11th in the world, just three places behind England and judged to be their toughest rivals for the top spot in Group A.

Mead rolled home her third of the night and fourth of the tournament with eight minutes left on the clock.