England rising star Noni Madueke scores a stunner for PSV Eindhoven as teenager marks return from injury… but will ex-Tottenham winger be tempted by switch in international allegiance to Nigeria?

England teenager Noni Madueke scored a stunning goal on his return from injury for PSV Eindhoven – with Nigeria ready to tempt him into switching allegiance.

The 18-year-old took his seasonal tally to seven for the Dutch club, firing into the top corner from 20 yards during Sunday’s 3-1 win at Fortuna Sittard.

Madueke has been out since January with a hamstring strain but his comeback has been noted by Nigerian officials keen to convince the winger that his international future lies with them. 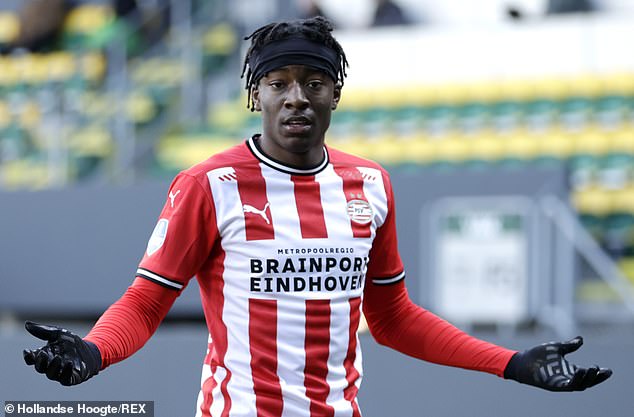 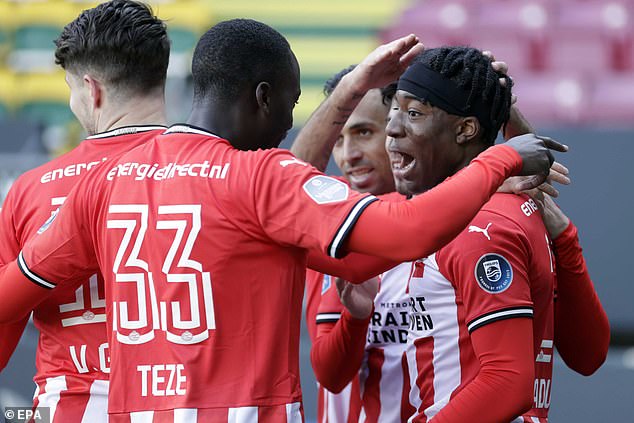 He has played for England at all youth levels up to Under-19 and his form in Holland this season – he has also assisted six goals – has him on the radar of Under-21 boss Aidy Boothroyd.

The former Spurs academy youngster, who was born in London, joined PSV in 2018. And he admits the success of Jadon Sancho at Borussia Dortmund persuaded him to move abroad.

‘He has opened the eyes to other talents,’ he said. ‘A year after him, I went from Spurs to PSV. The plan that I had in mind then is now working out the way I intended it. 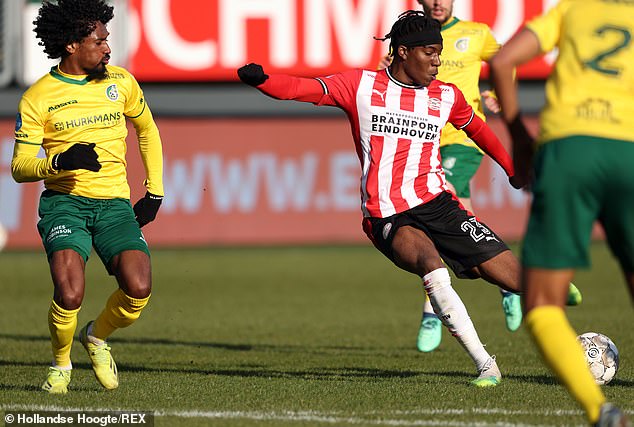 After a dribble down the right wing, Madueke fired the ball into the top corner of the goal 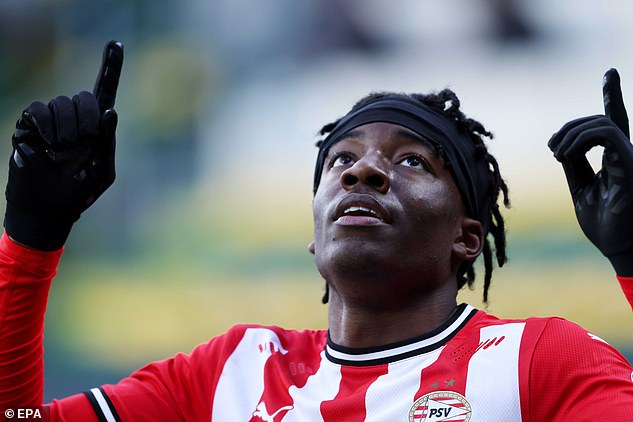 The former Tottenham player, 18, is having a fine season with seven goals and six assists

‘In England, it is very difficult as a young talent to get into the first team, especially at the bigger clubs. The squads are very large and there is little room for youngsters. They often stay in reserve teams for a long time or are loaned out.

‘There is little flow or chance to break through. That is completely different in the Netherlands.’