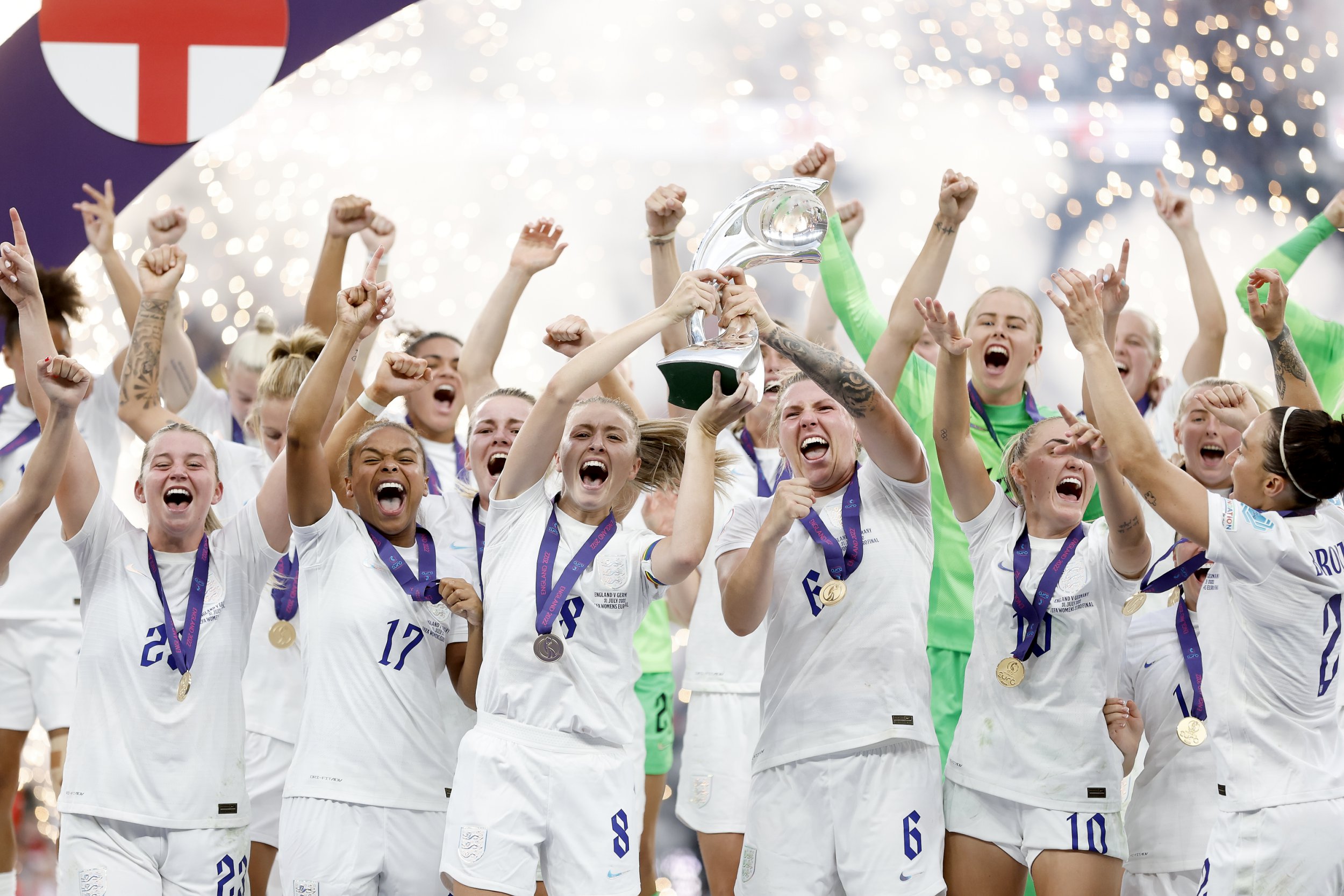 England’s Lionesses have urged the government to ensure that all girls have access to football in schools in an open letter to Rishi Sunak and Liz Truss.

The Lionesses won their first-ever major trophy at Wembley on Sunday as they beat Germany in extra time to lift the UEFA European Championship.

Their victory has led to fresh calls for further development of women’s football and increased participation for girls at grassroots level.

And in a letter addressed to the two leadership hopefuls Sunak and Truss, the Lionesses claim all schoolgirls should be granted a minimum of two hours a week for PE and say that ‘this generation of school girls deserve more’.

The open letter signed by the Lionesses squad read: ‘Dear Rishi Sunak and Liz Truss. On Sunday evening history was made. The dreams of 23 women came true. England became European champions for the first time in history.

‘Throughout the Euros, we as a team spoke about our legacy and goal to inspire a nation. Many will think that this has already been achieved, but we see this only as the beginning.

‘Their role is crucial and we need to give them the resources to provide girls’ football sessions. They are key role models from which so many young girls can flourish.

‘This is an opportunity to make a huge difference. A change that will impact millions of young girls’ lives. We – the 23 members of the England Senior Women’s Euro squad – ask you to make it a priority to invest into girls’ football in schools, so that every girl has the choice.