Gareth Southgate is said to be considering fielding a back-five made up of four full-backs when England host Croatia in their Euro 2020 opener this Sunday. The Three Lions boss, who led the side to the World Cup semi-finals using the same system in 2018, is expected to compensate for the absence of Harry Maguire by utilising wing-backs once again.

Playing with three central defenders as opposed to two will enable England to take control from the back and move the ball progressively up the field.

In Russia three years ago, Kyle Walker dropped into the back three and he is expected to do the same this time around.

John Stones is also excepted to feature for England after turning his Manchester City career around this season alongside Ruben Dias.

However, Manchester United captain Maguire remains a doubt for all three matches in Group D meaning Southgate will have to devise a Plan B. 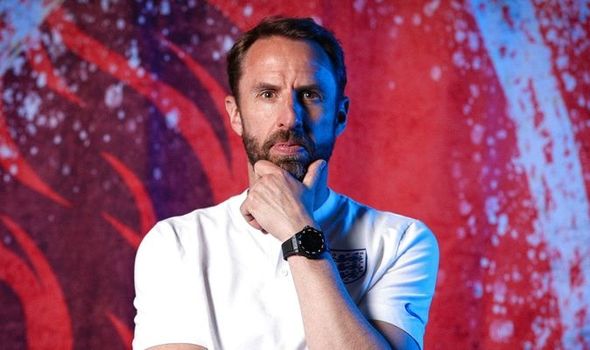 According to The Daily Telegraph, that will potentially entail fielding Luke Shaw on the left side of a three-man defence that will also include two wing-backs in support.

It would mean Ben Chilwell is likely to start at left wing-back with Reece James or Kieran Trippier fielded on the right after Trent Alexander-Arnold sustained a thigh injury.

Shaw has played the role for Manchester United on a number of occasions including a 0-0 draw with Liverpool back in January.

The Aston Villa man started both of England’s warm-up wins over Austria and Romania but did not look entirely convincing.

Meanwhile, White was called up as Alexander-Arnold’s replacement after impressing against Romania.

He has also looked at home in a back-three for Brighton this season, meaning he could be an outsider to start.

Although he will have a good idea of his starting XI, Southgate is set to continue assessing the picture this week as England continue training and nothing has been decided just yet.

Southgate made it clear after selecting four right-backs in his Euro 2020 squad that versatility will prove key throughout the tournament. 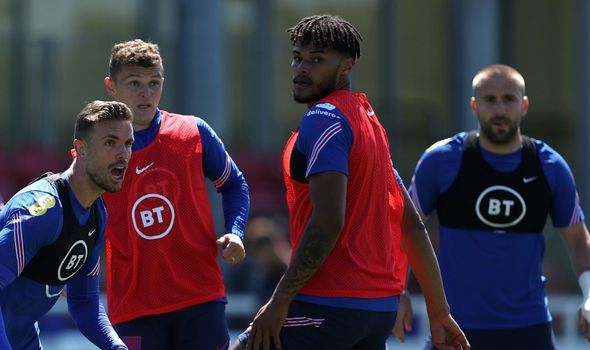 He highlighted that Trippier can also cover at left-back while Walker and James are comfortable on the right-side of central defence.

Trippier’s quality over a deal ball could prove key particularly with Jack Grealish in the side.

The attacker was targeted by both Austria and Romania and drew a number of fouls in both matches.

Speaking to the media earlier today, Grealish claimed that England will look to capitalise from set-pieces if he is kicked from pillar to post.