Jurgen Klopp moaned before the international triple-header about ‘muscle injuries’ from playing too many games, but Southgate admits that is the least of football’s worries as it tries to cram so many games into such a short space of time.

Even before the game, Southgate hinted that with winter World Cup to squeeze into the middle of the 2022-23 season, the authorities were being greedy over how must football can realistically be played.

Now having lost Joe Gomez with a serious long-term injury after James Ward-Prowse, Trent Alexander-Arnold and now Marcus Rashford were forced to withdraw, Southgate feels things are reaching a head.

“We are in this very worrying situation on player welfare where at best players are picking up minor muscle injuries and at worst there is the danger of more serious injuries,” he said.

“That is a concern. So we have to keep looking at every position and we just don’t know what’s going to happen in the next few months.

JUST IN: Verstappen ‘to join Mercedes’ if Hamilton snubs new contract and retires 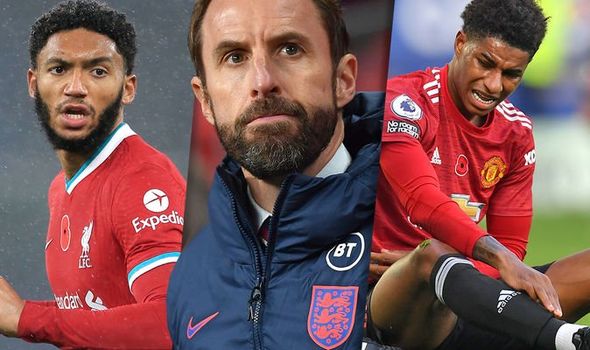 Ahead of Thursday’s 3-0 win against Republic of Ireland, Southgate hinted that football had missed a prime opportunity to dilute the calendar.

“It requires everybody from FIFA, UEFA, and national organisations to organise the calendar,” he said.

“It is complicated but it was possible.

“The timing of the next World Cup made everything possible.

“There was opportunity, but that opportunity was missed and whether that can be rectified is to be seen.”

Everton assistant manager Duncan Ferguson was no stranger to giving the occasional subtle nudge to anybody nearby when he was a no-nonsense centre-forward.

However, the ‘gentle persuasion’ he used on Dominic Calvert-Lewin to get him into his current form could come back to haunt Ferguson’s beloved Scotland.

The pair have worked closesly together to turn the misfiring Calvert-Lewin into an increasingly important member of Gareth Southgate’s England squad after he scored in each of his first two senior games for the Three Lions. 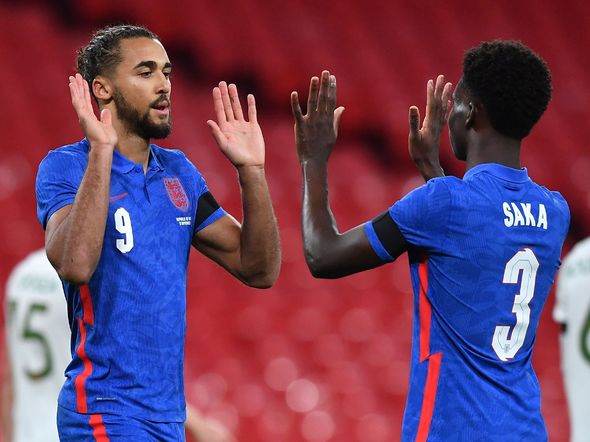 “You look at things that have happened: Carlo Ancelotti coming in as manager, working with Dunc,” he said.

“They have instilled that confidence in me from outside the pitch, which is perhaps what I needed.

“I always believe that things happen for a reason and I wouldn’t change my journey in the slightest. I am happy how it has gone and I am happy to be here now. That has made me into the person and player I am today.”

And he fully intends to take that into the summer after Scotland booked a place in England’s Euro 2020 finals group.

“Scotland is going to be a test like many other. We have got many games before then that we are going to have to focus on and win.