Home » Soccer » Emiliano Martinez: ‘I always wanted to leave Arsenal on a high and I’m so proud. It was time to say goodbye’ “I was finally the No 1 and I was ready for it,” he says. “It took 10 years to get there. You train as a goalkeeper every day, but nobody prepares you for the story of your life. Nobody trains you to be frustrated, nobody trains you to cry. What about when you don’t play for four months? Will you keep going or will be you be mentally dead? I could’ve done so much more over the years, but finally the world started to see what I’m capable of. I finished on a high and that’s how I always wanted to leave.”

With their kisses smeared across the FA Cup trophy, the celebrations still ringing in their ears, Martinez and Lucas Torreira decided to go for a quiet drive. Weaving from Wembley through north London’s streets, too ecstatic to sleep, too exhausted to think, they stopped at a McDonald’s before heading back to the goalkeeper’s apartment, where conversations laced with nostalgia drifted into the night.

It was, for them both, a last supper. The next morning, Martinez flew to Portugal to meet his family and switched off his phone. The club, uncertainty over his contract and calls from his agents all set aside. A week to reflect on the past and forget about the future. “I just wanted to enjoy that moment,” he says. “I never thought that day would come.” 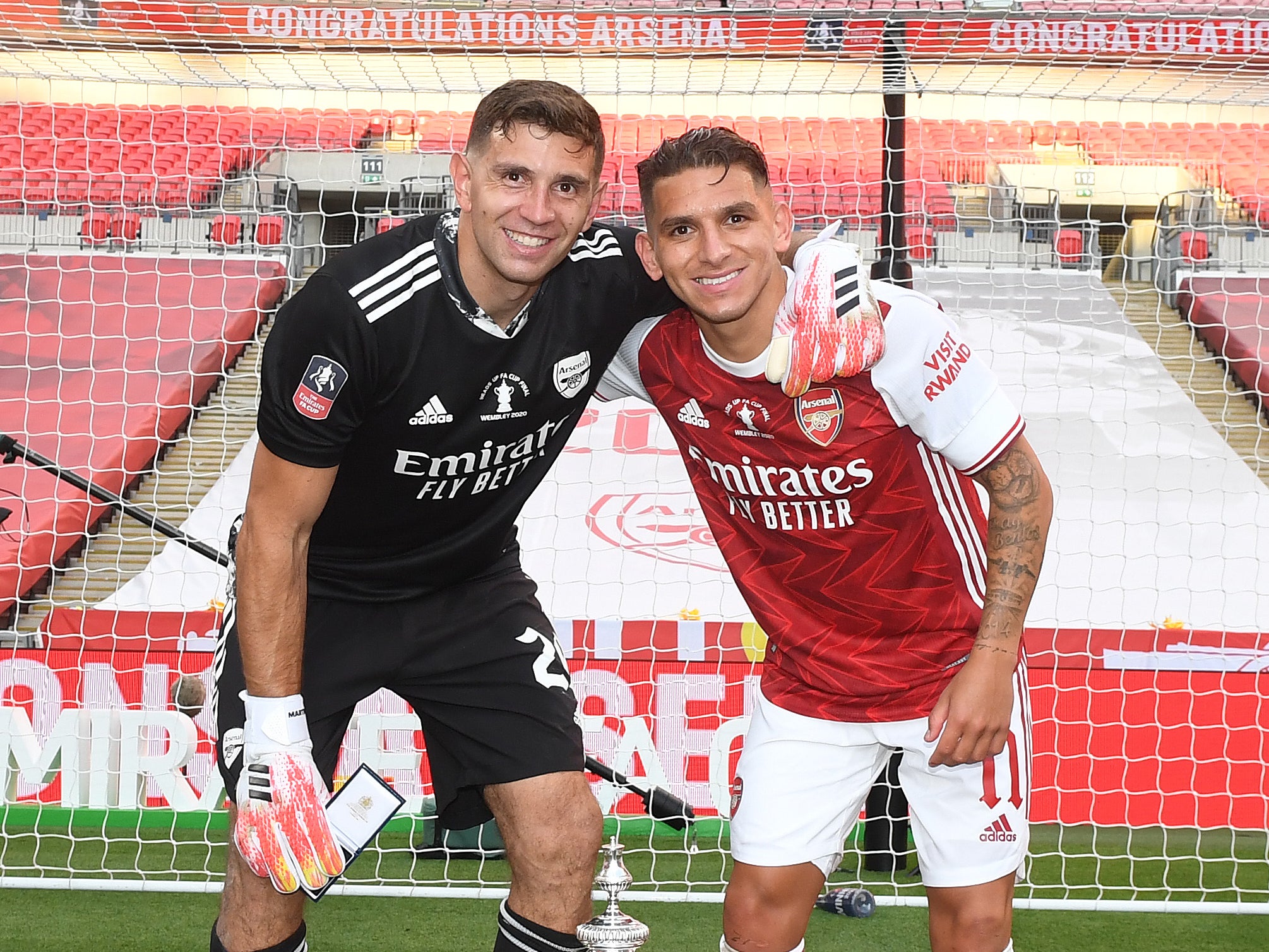 Aston Villa’s interest had already advanced by the time he completed his quarantine but when Martinez started in the Community Shield, he still hadn’t quite come to terms with the idea of cutting ties. “I thought if I played well that game, I would be No 1, but afterwards it still wasn’t clear who was going to start in the league,” he explains. “I was told that there was a 95 per cent chance I would start against Fulham [on the first day of the season], but I just thought, ‘why not 100 per cent?’ Something didn’t feel right. Everyone wanted me to stay, but that’s when I decided to go. I wasn’t upset or emotional, I was proud I did it. When I arrived at Arsenal [in 2010], there were nine goalkeepers in front of me. Every year I had to prove myself, but I left as No 1. That was my story done there.

“The following morning I texted Mikel [Arteta] and told him. I thanked him, I said I won these trophies because of the way he trained, the way he changed the team. I trust his process so much, he is incredible. [When he was a player], I always thought he was different. It’s like with [Lionel] Messi, I don’t see him as a top player, I see him as a top coach. He’s got so much to prove and I wish him all the best. I will always love everyone at Arsenal, I will always be grateful, but it was time to say goodbye.”

In the past, every loan Martinez had embarked on – first at Oxford, then Sheffield Wednesday, Rotherham, Wolves, Getafe and Reading – were all ultimately chosen by Arsenal, with varying degrees of success. Joining Villa was “the first time in my career I’ve followed my instincts,” he says. “Before I signed the contract, I breathed deeply and said no matter what happens, I will never look back. I rejected a lot of clubs and then, in my first game, I saved a penalty and had a man of the match performance.” Next, Martinez kept another clean sheet before Villa’s historic 7-2 thrashing of champions Liverpool completed their perfect start. “That is where I’m at now,” he says. “I told my wife just the other day, I feel like I’m so in love with football again, like I’ve never known before.”

A few days ago, Martinez held a video call with around 75 of Argentina’s top youth prospects hoping to follow his steps from Mar de Plata, an industrial fishing port transformed into a tourist city. He bristles at the idea he “came from poverty”, perhaps through pride rather than reason, but acknowledges life was negotiated on a month-by-month basis, his mother working 12-hour shifts cleaning hotels so he could attend primary school. Meals were split and skipped, the family home had no doors or toilet. Twice, they were raided by robbers, who once killed the family’s dog in the front room. “I was never scared [in Mar de Plata] because that’s where I was born,” he says. “We weren’t starving, but we struggled.”

The first time Martinez truly knew fear was when he left home. What had begun as an “obsession” with football, pairs of gloves so precious that he would sleep with them at night, became his gateway. Aged 12, he was scouted by Independiente, one of Argentina’s ‘Big Five’ clubs, and home was a bland hotel room 250 miles down what was once the dirt road to Buenos Aires.

“When I lived in the training camp, I was scared,” he says. “I called my parents every night, I was so young, but I was still mentally strong. I saw teammates leave, I saw them cry a lot, I saw everything. Some people were drinking, smoking, even taking drugs, but I was so focused.”

When Arsenal called in 2010, Martinez had never fully contemplated the possibility of moving abroad. He was on the brink of Independiente’s first team at just 16 years old, the country’s standout young goalkeeper, and as he sat on the plane to London, he turned to his agent and said: “This is just a trial. I’m not going to stay.” 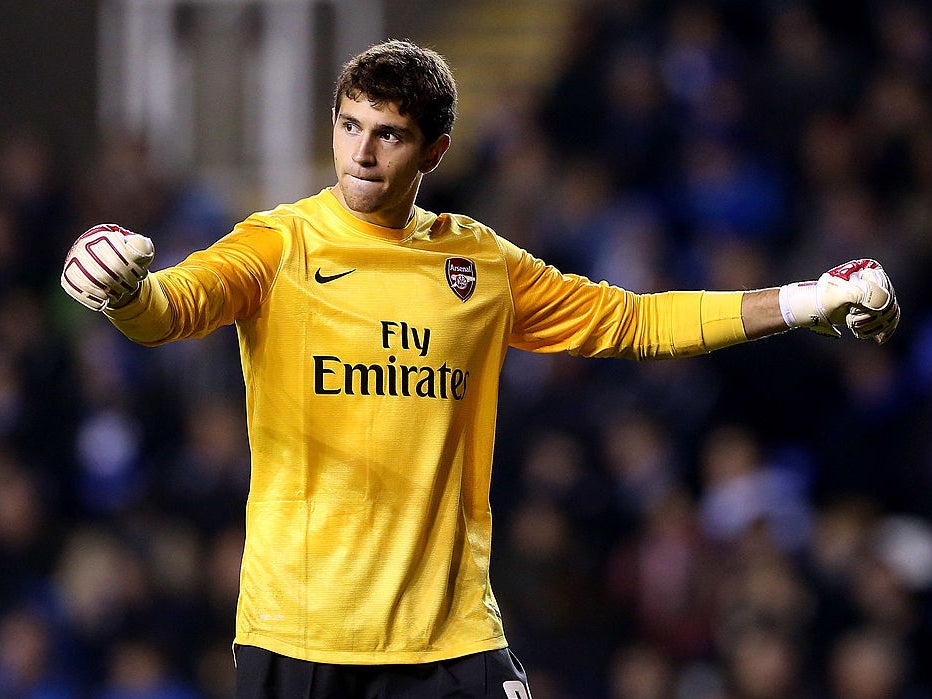 Martinez “gave everything” and then returned home without knowing if he’d ever set foot in England again. But when he arrived back in Mar de Plata, he found his father alone, crying in his bedroom. After a dispute at work, he had been left all but penniless, with the family car sold to offset debts. “From that moment, everything I did was to help them,” he says.

“A few weeks later, I was called for a meeting at Independiente. The owner said he’d accepted an offer from Arsenal. My mother and brother were crying, telling me not to go, but if I signed for Arsenal that day, they would give me a signing on fee. I think it was £5,000. My first thought was I could buy my dad a new car. I can actually help to pay the bills every month. That is the truth, seriously. I don’t like to bull****. So I knew I had to go.”

During those first few months in London, Martinez had never felt more alone. A passport issue meant he couldn’t legally play as a professional and, without constant distraction, the days were empty, lost in hope in a small flat on the other side of the world.  “I was being strong at the time, but I used to cry on my own when I got home,” he says. “To be honest, I didn’t know if I was going to last six months.”

Almost every evening after training, he went to a neighbouring restaurant in north London. It was his solace, a small corner of warmth, a reminder of home. He struck up a friendship with the owner’s daughter, who taught him English and introduced him to the culture. Two years later, he gathered up the courage to ask her on a date. Seven years afterwards, they were married and now have a young son. “I don’t think I would’ve lasted 10 years here without her,” he says. “I’ve always needed that reason [to be motivated]. When I arrived in England, it was for my family. They don’t suffer anymore. Now it’s all for my boy. Since the day he was born, my career has gone up.”

Martinez rose when everything around him seemed ready to fall, forever hell-bent on restoring the fragile pieces of his life back home. But for the first time in his career, maybe even in entity, he has found his “comfort zone”. It’s not to say the hunger is diminished; quite the opposite. Success has brought safety and peace of mind, and as outside concerns have faded happily into the periphery, his career is taking on a tunnel vision. 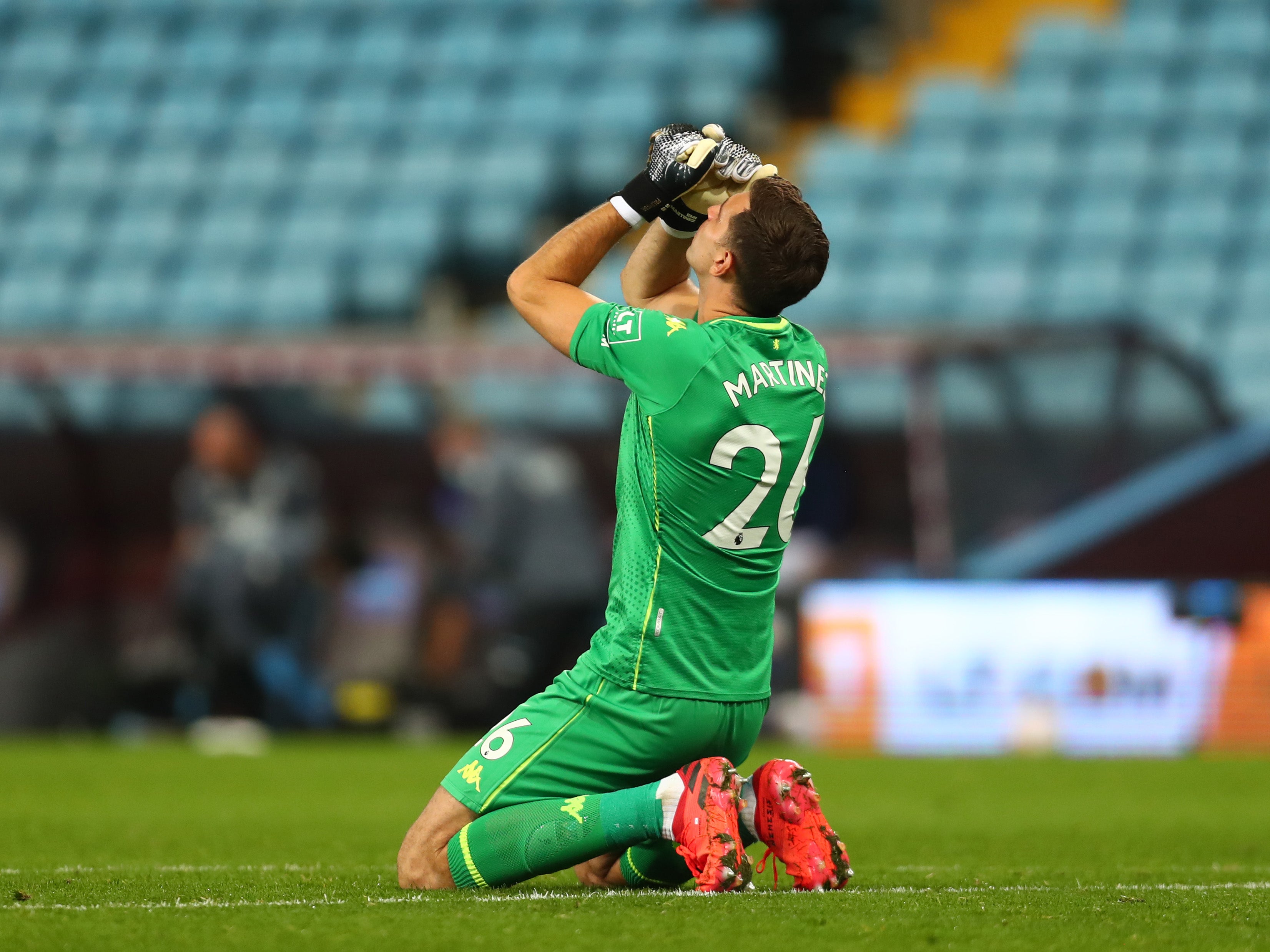 After just a few weeks at Villa, he already feels woven into the fabric of the club. “[At Arsenal], I didn’t always feel part of it,” he says. “We won trophies but I was on the bench or just in the squad. I’m not trying to prove anyone wrong, I just want to prove that Villa did the right thing by showing that trust in me.”

But for three months now, often he has felt “unstoppable”. He treats the wins with caution but knows the time to revel in it has been hard-earned. “A top-10 finish with Villa this season” is his target, but first comes his international debut, the fulfilment of a dream he’s held since his earliest memories. The ones spent playing barefooted in the street when football was a source of pure happiness, before it ever became a means of survival.

It was in November 2009 that Martinez made his last international appearance for Argentina’s U17s. Back then, he was still racing through Buenos Aires’ backstreets, dodging oncoming traffic, chasing down a better life. “When I speak to the young players on the calls, they expect me to talk a lot about how I became a better goalkeeper. How I can dive better to my left,” he says. “I tell them to become better men. I always believed I had the talent, but the truth is I have worked so hard every day, every year. I’ve had to develop such a strong mentality… And I’d do it all again.”