Daniel Farke has had unflinching support from Norwich fans this season even with his team adrift at the bottom of the Premier League table. But his comments prior to the defeat to Wolves on Sunday afternoon raised eyebrows among even the most loyal of supporters.

Asked why Norwich’s star player Emiliano Buendia had been on bench for the games against Newcastle and Liverpool, Farke offered some words of praise. “No one in this room is a bigger fan of Emi than me,” he insisted. Then came a reminder that he watches his players every day and the claim that Buendia “is not 100 per cent prepared” after a thigh injury.

But some of his other reasons for the Argentine’s omission were surprising.

“Listen, we have had the 26th game-day and he is there with no goals, not scored a goal. There are several losses of the ball and also sometimes he lacks the running in behind. 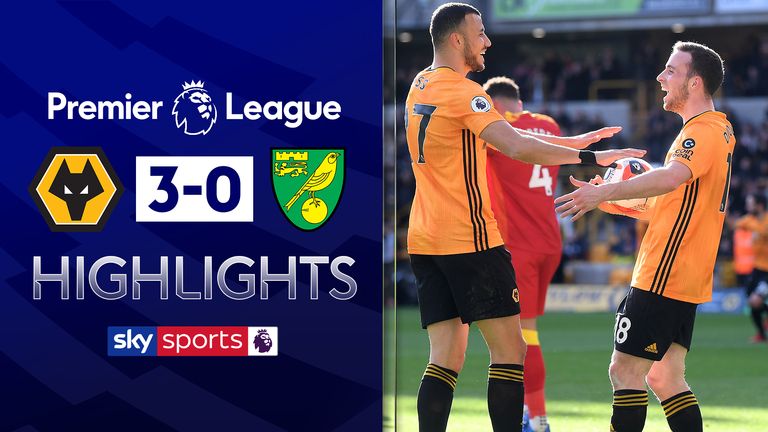 That last point is a particularly curious one. Given his impressive individual performances this season, many would have assumed that Buendia would be among the first names on the team-sheet. This suggests that Farke sees things a little differently.

Buendia might point to the fact that Norwich had a win percentage of 71 per cent with him in the team last season compared to just 18 per cent when he was not there.

The sample size here is tiny – Norwich have won only game without him, after all. Even in that victory, away to Everton, it was his driving run that led to the second goal.

Hardly damning evidence that he is hampering his team.

But that is not really the issue. Points per game feels like an alarmingly simplistic way of analysing Buendia’s contribution to this Norwich team. What about the matches that the team would have won had others finished the chances that he has created? 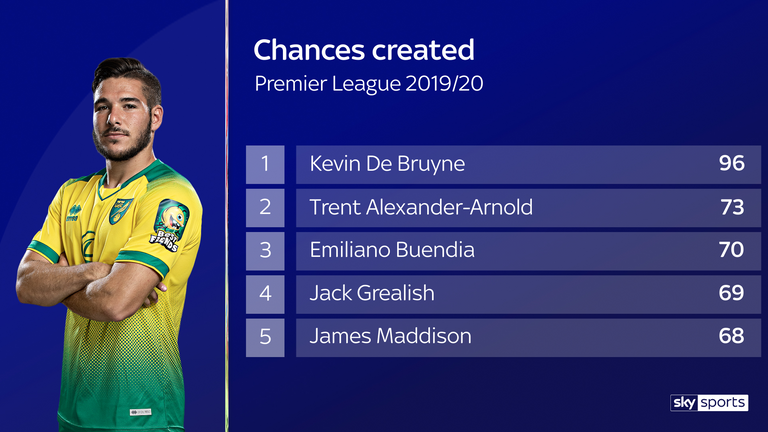 Buendia would be entitled to feel aggrieved to have some of these defeats attributed to him, even indirectly. Nobody has done more than him to make good things happen.

Memorably, he set up two goals in the win over Manchester City in September. There have been seven assists in total. Unfortunately, the other five did not come in winning efforts.

Consider the draw at home to Crystal Palace on New Year’s Day when he was once again the best player on the pitch, completing more dribbles than Wilfried Zaha and providing more than twice as many chances for his team-mates as any other player on the pitch.

Norwich had to settle for a point that day. 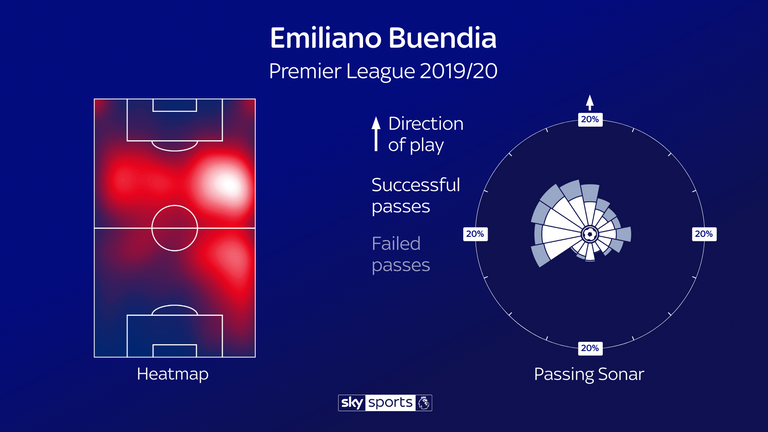 Buendia was arguably even better in the home game against Wolves just prior to that when he became the only player this season or last to complete nine dribbles and create nine chances in the same game. Too many of those chances were squandered and Norwich lost.

That has been a recurring theme all season.

Buendia’s stats stand up even if his team look likely to be going down.

Only Zaha and Adama Traore have completed more dribbles in the Premier League this season. Only Kevin De Bruyne and Trent Alexander-Arnold have created more chances.

Buendia’s speciality is the through-ball, the defence-splitting pass to Teemu Pukki that has looked Norwich’s best outlet for much of the campaign. No player in the Premier League has completed more of them this season with De Bruyne the only one to come close.

Buendia is the only man in the Premier League who has been responsible for more through-balls than the rest of his squad put together.

It is a similar story with the other metrics too. Traore is the competition’s top dribbler but, in terms of the percentage of Wolves’ total, his dribbles are no more important to his team than Buendia’s are to Norwich.’

De Bruyne may have created more chances but his contribution is only 23 per cent of Manchester City’s overall tally. Buendia is responsible for 30 per cent of everything Norwich create. No wonder they have not scored in the last three games with him sat on the bench.

So how fair are Farke’s comments?

There is no denying the fact that Buendia needs to improve his goal return. For a player in an advanced position, failing to find the net in 26 Premier League appearances is a problem. 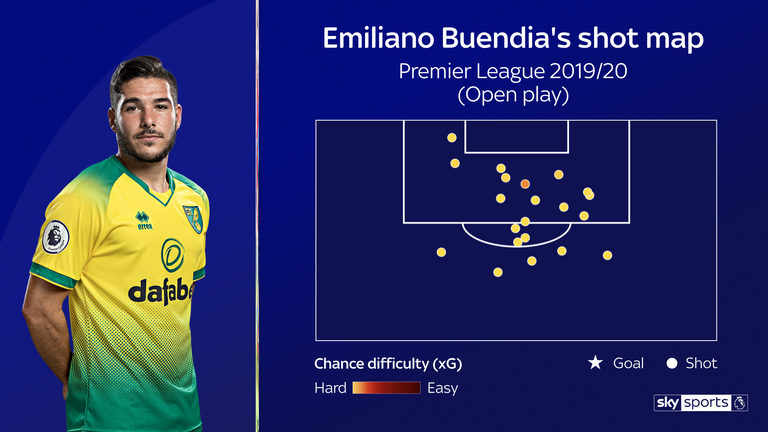 Buendia has had 29 shots in all, the fourth most by players still waiting to get off the mark. But his expected-goals total of 1.81 hints at the bigger issue – these shots have been low quality. He has not been getting into the positions to provide the finishing touch. He has not been making those runs beyond the forward that Farke wants to see more of.

De Bruyne has had twice as many touches inside the box, Zaha more than three times as many. Norwich needed Buendia to be a goal threat himself this season too. The conundrum for Farke is that right now Norwich do not look threatening at all with him off the pitch.

The away following at Molineux knew this and were waiting in frustration for his arrival on Sunday. Buendia was finally introduced with his team already three goals behind and he seemed to share that frustration. It was an impatient performances.

In half an hour, he surrendered possession more times than Lukas Rupp – the man he replaced – had done so in twice the time. Crucially, he also fashioned more openings. There was a nice ball down the right channel for Pukki within minutes of his arrival.

There were also some signs of petulance, it is fair to say. He earned a yellow card from referee Chris Kavanagh for dissent having earlier aimed some strong words at assistant Sian Massey prior to that too. Norwich need Buendia fit and focused.

But most of all they need him on the pitch.

Farke will surely restore Buendia to the team against Leicester on Friday. Perhaps he will recall his own words from earlier this season. “We know with Emi we are more competitive, with his ability to link the play and his ability to find creative solutions,” he said.