Edinson Cavani was at the centre of Manchester United’s decision to push ahead with the signing of Jadon Sancho, reports claim. The Red Devils have finally agreed a £72million fee with Borussia Dortmund for the winger after weeks of negotiations and now the tricky winger is expected to light up Old Trafford come the start of next season, as one of the clubs most exciting ever signings.

The deal has been over four years in the making after United set their sights on Sancho during his time with rivals Manchester City.

Ole Gunnar Solskjaer has wanted to bring Sancho to Old Trafford for the best part of two years but talks with Dortmund have proved problematic.

Now Sancho is just a matter of days or weeks away from becoming a United player and the club’s attacking options next season look frightening. 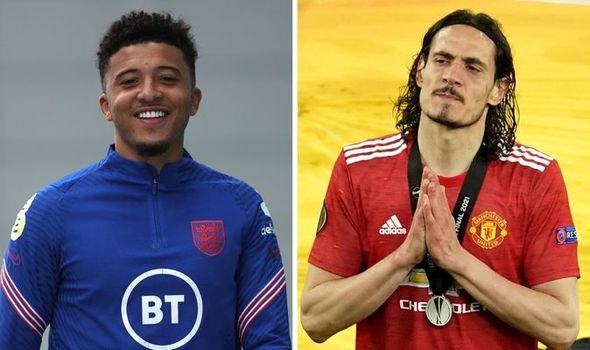 Yet heading into the transfer window, there were doubts as to whether United would even move for Sancho.

A new striker was top of their shortlist before Cavani decided he was willing to sign a one-year contract extension.

The Uruguayan was favouring a move back to South America with Boca Juniors before he agreed to stay for one more season.

The Athletic claim the decision proved key to United’s move for Sancho and should Cavani have moved on, the club would have prioritised a new striker over the Dortmund right-winger.

Harry Kane and Erling Haaland were amongst the names on the agenda but Solskjaer was always clear that he wanted to keep Cavani.

Despite a difficult start to life in the Premier League, the veteran managed to hit 17 goals in all competitions during his first season in English football.

United will have to reassess their options at No 9 in 12 months though when Cavani is expected to say goodbye to Europe.

Marcus Rashford and Mason Greenwood can of course both play through the middle but United are expected to buy his replacement. 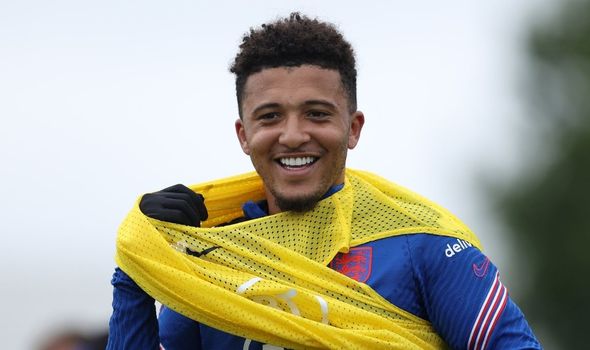 There are concerns that the arrival of Sancho may hinder the development of Greenwood in particular, who has played most of his minutes from the right side of the attack.

Solskjaer is a huge fan of the 19-year-old, who he brought through the ranks and into the first team in the 2019/20 season.

Reports claim Anthony Martial could be sold this summer, which would keep Greenwood in contention for regular starts.

The club would be set to demand up to £50million for the Frenchman.