Eddie Howe has signed a new long-term contract at Newcastle.

The 44-year-old manager took charge of the Magpies in November 2021 and helped steer the club 14 points clear of relegation, finishing the season in 11th.

Eddie Howe told the club website: ‘It’s a great feeling to commit my future to this incredible club. I’m extremely proud to be the head coach of Newcastle United and have enjoyed every moment here. 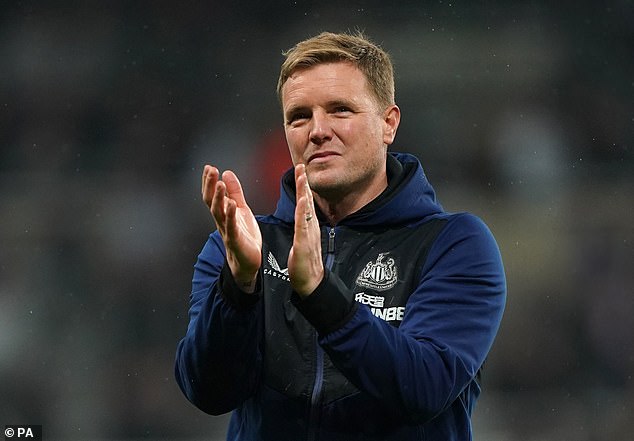 ‘I’d like to take the opportunity to acknowledge my coaching team, the players, staff and supporters. They make it a very special place to be every day.

‘I’d also like to extend my gratitude to our owners and to Dan Ashworth.

‘We are still at the start of our journey, but this is an exciting time to be a part of Newcastle United and I’m very excited about the future together.’

Impressing sporting director Ashworth, Howe was voted the Manager of the Month in February for marshalling Newcastle through an unbeaten. 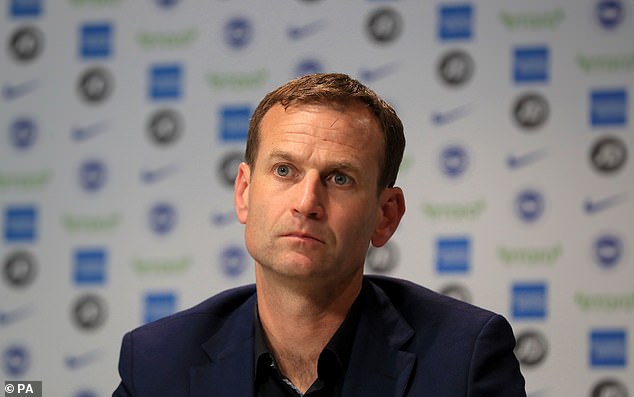 Ashworth said: ‘I’m delighted Eddie has committed his long-term future to Newcastle United. He is an incredibly talented leader and has had a huge impact since being appointed in November.

‘In the short period of time I have worked with him, I have seen how much of a diligent, detailed, hard-working coach and leader he is.

‘This is great news for the club and I am looking forward to working with Eddie and our colleagues on our exciting journey ahead.’