Former Celtic player Alan Thompson believes Eddie Howe would be a “perfect fit” at Celtic as they search for a permanent replacement for Neil Lennon.

John Kennedy was named Hoops interim boss until the end of the season after Lennon resigned from the post in February.

Howe has been mentioned as a possible candidate to take over at Celtic Park and Thompson – who played for the club from 2000-2007 – has endorsed the former Bournemouth manager.

“I know Eddie well, I did my UEFA Pro Licence with him. I think he’d be a perfect fit for the job,” Thompson told Sky Sports News ahead of Sunday’s Old Firm game between Rangers and Celtic – live on Sky Sports.

“He has a great philosophy on the game and I think if Eddie was to get the job, he plays the style of football and recruits the type of player Celtic fans would really enjoy watching.” 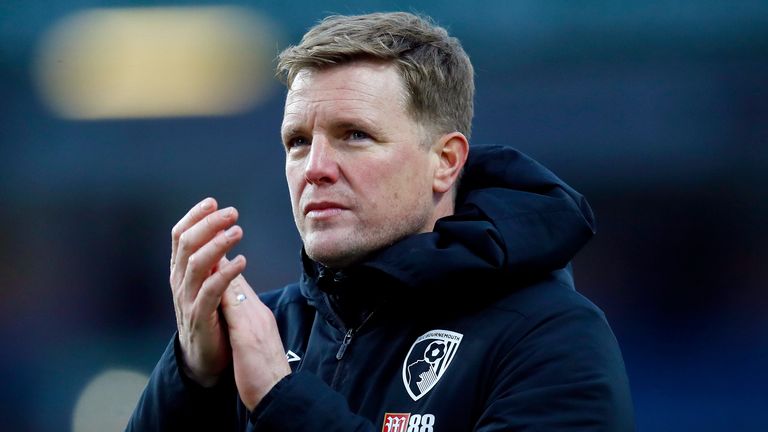 Thompson did admit to being surprised the Celtic board have not moved sooner to find a permanent replacement for Lennon, something that would have allowed the new manager more time to prepare for next season as they look to take back the Scottish Premiership crown from rivals Rangers.

“I thought they might have brought a manager in before now to give the chance to reassess the situation and players to see what he needs to do,” added Thompson.

“It’s a massive rebuild that needs doing at Celtic now, so it’s a huge summer from the top and the new chief executive, down to the new manager.

“The sooner they bring someone in – whether it’s John Kennedy [on a permanent basis] or whether it’s an Eddie Howe or a Rafa Benitez – it’s a massive job for Celtic because next season they need to be competitive and they haven’t been this season, which isn’t good enough.

“Second in Glasgow is nothing.”

As for Sunday’s match at Ibrox, Thompson feels the onus is on Celtic to be positive and try to gain a win that would give everyone involved with the club a welcome boost.

“As it stands, being 20 points behind their rivals Rangers, they will go into the game as underdogs,” said Thompson.

“Rangers can just let loose and play with freedom, whereas Celtic will have big pressure on them.