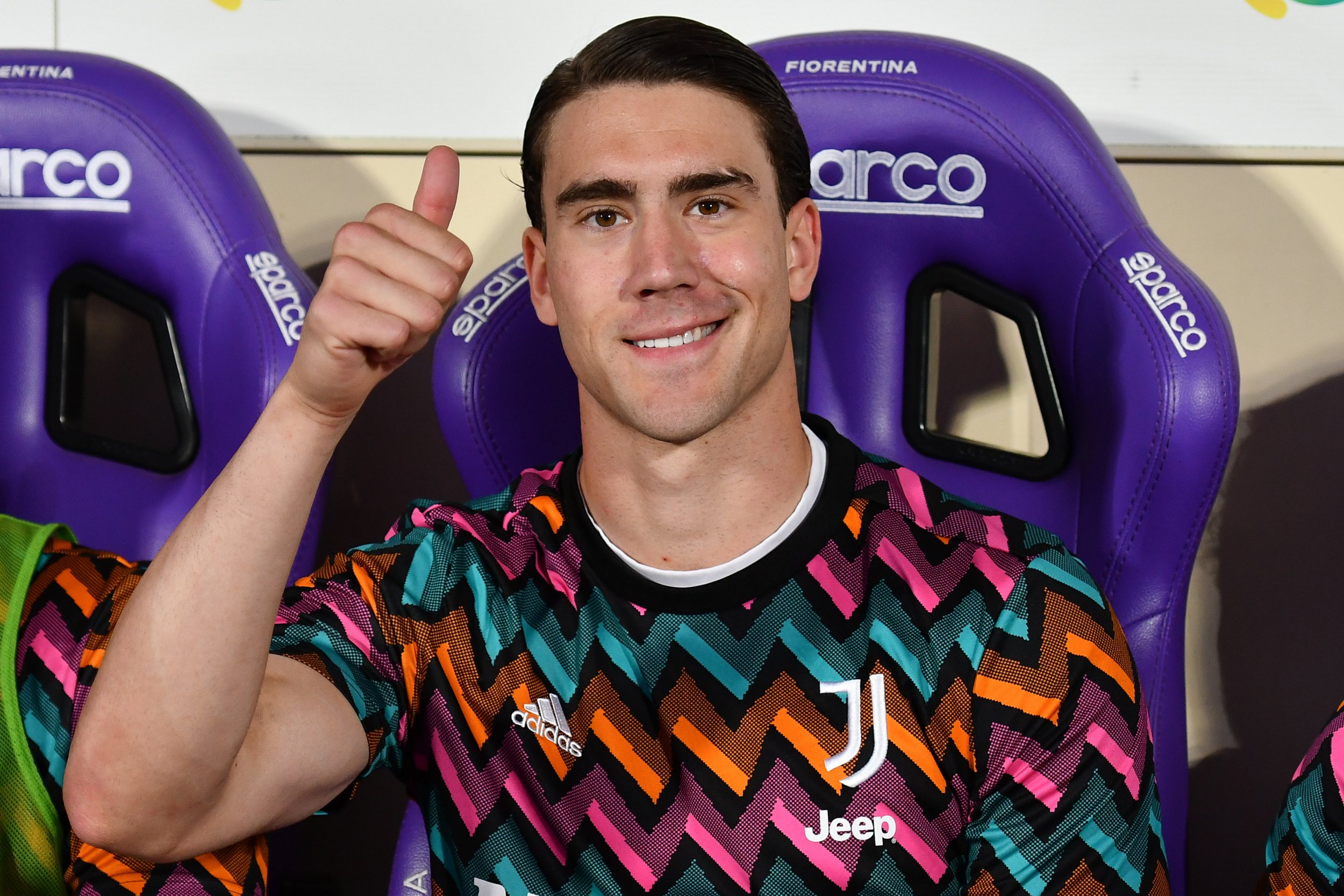 Dusan Vlahovic has revealed that he had no intention of joining Arsenal in the January transfer window.

The Gunners were in the race to sign the striker and had submitted a £50 million bid to Fiorentina.

But the 22-year-old ended up making the move to Juventus in a £66.6 million deal, while his agent reportedly ignored Arsenal’s advances.

Vlahovic has hit the ground running at Juve with nine goals in 21 appearances and the Serbia international admits he had no interest in a move to Mikel Arteta’s side.

‘Maybe my agent knows [about Arsenal’s offer] but I never talked to anyone about it,’ Vlahovic said in an interview with The Telegraph.

‘I just had one club in my mind because Juventus is Juventus. There is nothing else to say.

‘And now I feel honoured to be given this jersey. It’s incredible every time I put it on.

‘I definitely identify with their DNA. The Juventus personality coincides with my personality.

‘When you come here you never give up, you fight all the time, you make the sacrifices. This was definitely what I was looking for.’