Man Utd: The story behind the Haaland pursuit

Leading 2-0 after just nine minutes, with both goals coming through Erling Haaland, it temporarily looked like Borussia Dortmund might finally end their Munich pain on Saturday night. Their previous five meetings at the Allianz Arena had ended in an aggregate score of 24-2 but even without Jadon Sancho, Dortmund started strong.

It didn’t last. Robert Lewandowski scored a Der Klassiker hat-trick against his former club as the Bavarians won 4-2 and returned to the summit in their search for a record-extending ninth straight Bundesliga title.

While Bayern leapfrogged RB Leipzig to go back top, Dortmund sit sixth, 16 points off their title rivals and having now lost nine times in 24 games.

They would need to win all of their last 10 in a row just to match the points tally they ended last season with, and that isn’t happening.

Fourth-placed Eintracht Frankfurt are four points ahead in the final Champions League places and that is the real concern for Dortmund.

Their final games include clashes with Frankfurt, Wolfsburg, Leipzig and Bayer Leverkusen, who are all above them, and Dortmund are staring at the real possibility of missing out on the Champions League spots for the first time since ending seventh in Jurgen Klopp’s final season. 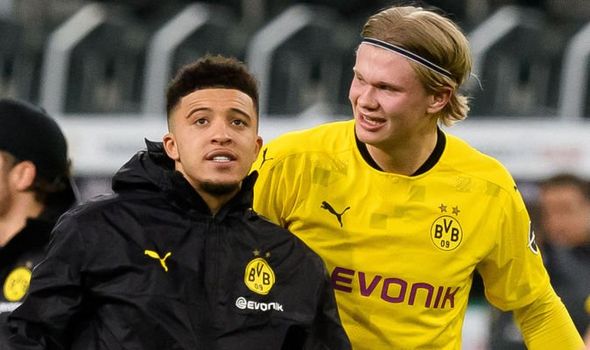 The consequences this time promise to be more stark, with the financial benefits of being in Europe’s premier competition compared to its lesser tournament, the Europa League, incomparable.

It is already widely expected Jadon Sancho will depart this coming summer, though his destination is unknown. Manchester United were the clear frontrunners a year ago while Chelsea were another club linked.

If he is available at significantly less than the £108million price tag quoted last summer, United will surely consider a swoop, given they still lack sufficient right-sided attacking threat.

Mason Greenwood can operate there but Sancho would be an upgrade and would offer Solskjaer greater flexibility and depth in the final third.

Some reports have even indicated as a result of the financial impact of the coronavirus pandemic, and the possibility of no Champions League to offset their losses, Sancho could be sold for £50m. 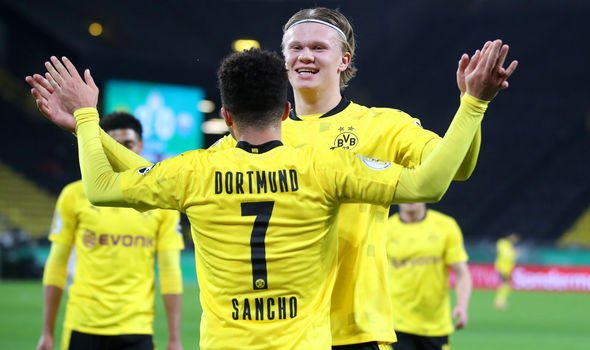 A clutch of clubs across Europe would surely hotly pursue his signature if that were to be the case, and while Ole Gunnar Solskjaer has warned United fans not to expect a flurry of summer spending, that fee would surely make any deal too good an opportunity to pass up.

But perhaps the most intense public interest will revolve around the future of Haaland, who after his Bayern brace now has 29 goals and eight assists in 28 games this season. He’s 20 years old.

The Norway striker has struck 94 goals at club level, added to six for Norway, and for Dortmund boasts a quite ridiculous record of 45 goals and 11 assists in just 46 appearances across all competitions.

It is no wonder United and Chelsea – as well as Real Madrid, Manchester City and just about every other major club on the continent – are so keen on the Scandinavian frontman, who only joined as a teenager from Red Bull Salzburg in January 2020.

Reports are mixed about whether Haaland would join Chelsea, some saying the Blues could offer the kind of financial package to make a deal attractive while others claiming the Londoners would be low down his list and that Thomas Tuchel’s tactics may put him off.

United might feature more prominently in his thinking given his compatriot Ole Gunnar Solskjaer is in charge at Old Trafford and the pair worked together at Molde. Solskjaer’s interest in Haaland is long standing, and that’s no secret to anyone, especially Haaland and his agent Mino Raiola.

The manager and the player remain in regular contact and adding Haaland to the United team as a long-term successor to Edinson Cavani would immediately make the Red Devils real contenders in the Premier League and the Champions League. 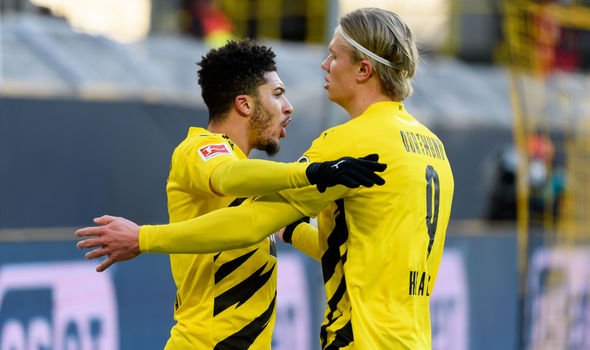 If United can trim the size of their squad and their wage bill, perhaps signing Sancho and Haaland in the same summer is not unfeasible. Dortmund will be backed into a corner and United, though hit like every other club by the global COVID-19 crisis, still boast great financial resource. It is not impossible a double deal could be struck.

The striker will want to play in the Champions League, as will Sancho, and they both have the talents to demand such a platform. There are very few players better than them at their age, with Sancho turning 21 later this month.

What is clear is that if Dortmund do not improve then both United and Chelsea will fancy their chances of prising Haaland away from the Signal Iduna Park a year earlier than his £68million release clause kicks in.

Though Haaland is easily worth double that fee, Premier League and La Liga clubs might harbour hope of landing him for below £100m this coming summer given the strain that will be put on Dortmund’s finances.

The Yellow Blacks will be meanwhile desperate to find enough form to sneak into fourth to allow incoming manager Marco Rose extra finance to work with, and to improve their chances of keeping Haaland an extra 12 months, even if Sancho may leave.

If they don’t though, Rose risks having to replace the pair – which would be no easy task – and United and Chelsea’s rivals could end up counting the cost.