Former Everton loanee Djibril Sidibe ‘is looking for a Premier League return, as the French right back guns for a World Cup spot after losing his place at Monaco’

Right back Djibril Sidibe is eyeing a move to the Premier League after struggling for game time in Ligue 1.

Sidibe is currently without a club after his after he failed to agree a new deal with Monaco.

The 29-year-old previously experienced English football while on loan at Everton in the 2019-20 season, playing 28 games. 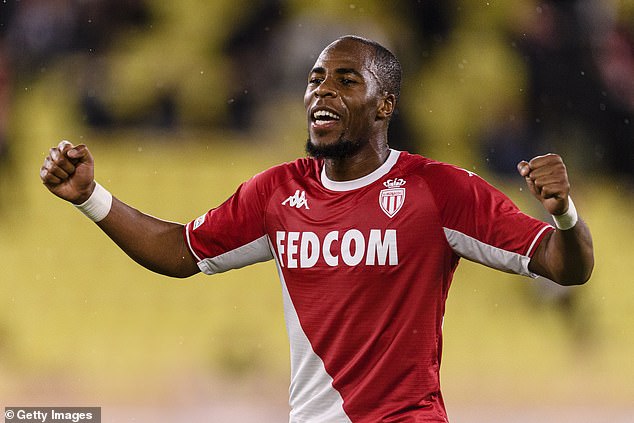 He has appeared 18 times for France, but the right back’s most recent cap came four years ago.

According to reports in the Sun, Sidibe has been approached my multiple Premier League clubs, who see the fullback as an attractive option given that he would be available on a free.

They also reported  that the Frenchman’s main priority is securing a move that can help him force his way back into the national side ahead of this Winter’s World Cup.

Sidibe’s former Monaco teammate Cesc Fabregas is also likely to be on the move after being released last month.

The former Arsenal and Chelsea star has been linked with second-tier Spanish side Las Palmas, whose President Miguel Angel Ramirez told Onda Cero: ‘The chances of Cesc joining us are 40 per cent. He has behaved like a gentleman in his talks with us.

‘We have explained our project to him over the past three weeks. Convincing a World Cup winner to play in the second division is complicated.’