Diego Costa has taken part in a full training session for the first time since joining Wolves and has an outside chance of facing Manchester City on Saturday.

The former Chelsea forward has signed a deal at Molineux until the end of the season after summer signing Sasa Kalajdzic damaged knee ligaments on his debut.

Costa will follow a tailored fitness programme to bring him up to speed but his involvement this week means hopes are growing he could feature against City. 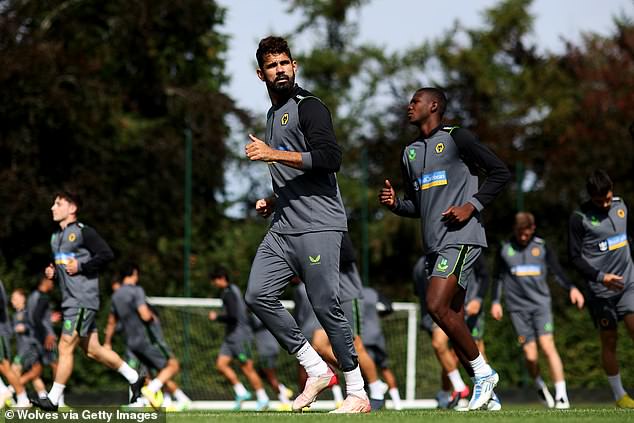 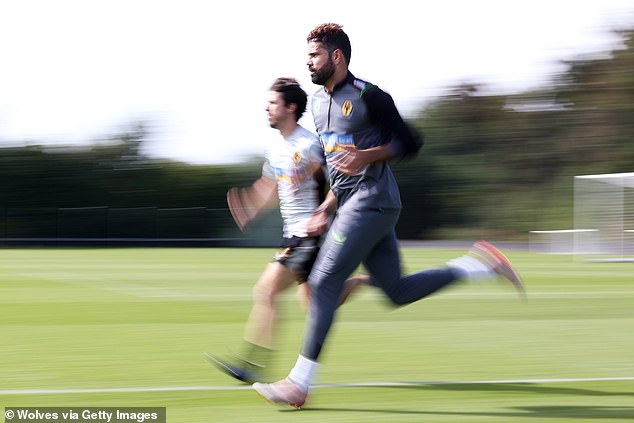 The 33-year-old has not played since leaving Brazilian club Atletico Mineiro in January but may still be included in Bruno Lage’s squad.

Costa warned Wolves fans not to expect an immediate impact.

He said: ‘I will need two to three weeks to get back in shape. But I know I can do it. 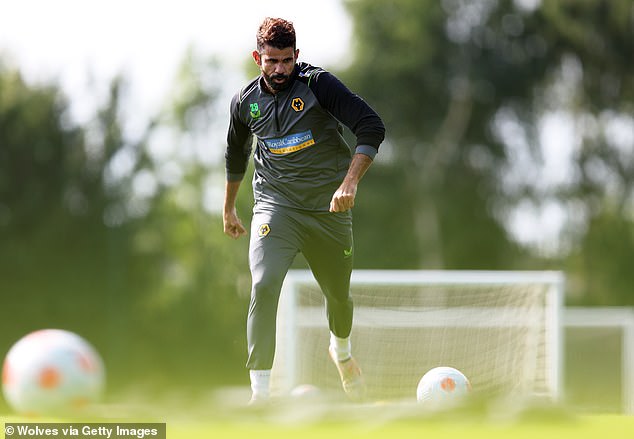 ‘If I had ever doubted my potential, I wouldn’t have accepted this challenge.

‘I can bring something to the table.’