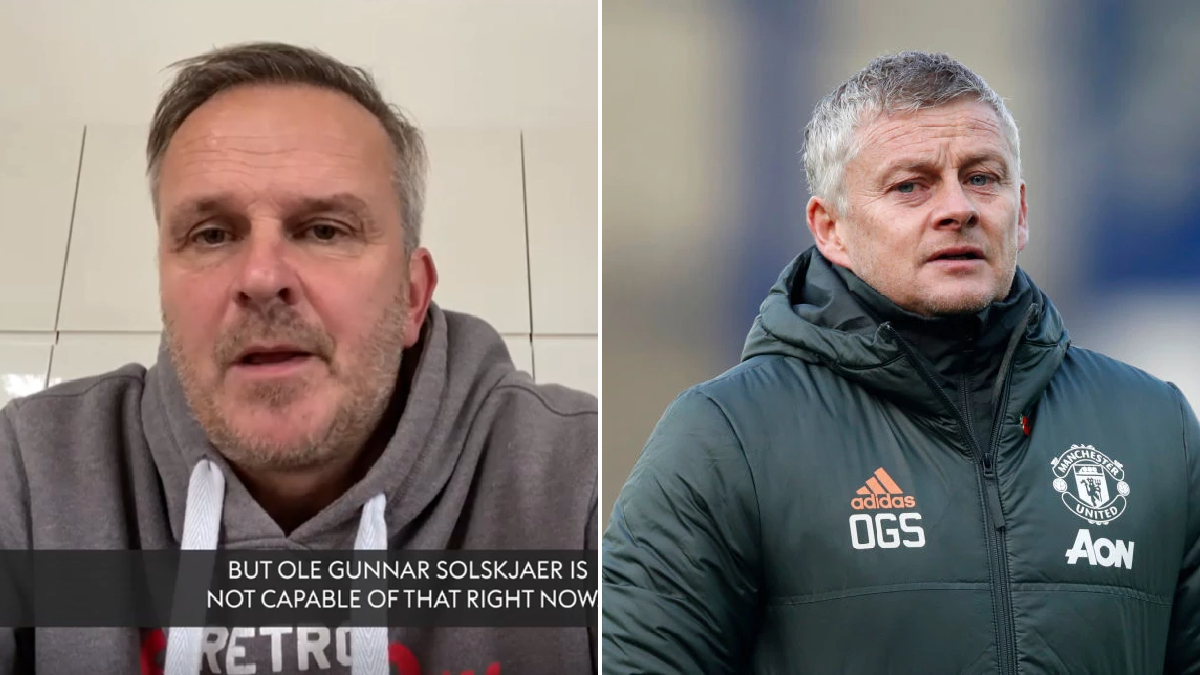 Solskjaer’s side drew 1-1 with Everton on Saturday, following a shock home defeat to Aston Villa last weekend and another disappointing loss to West Ham in the EFL Cup.

Despite the team’s mixed form this season, Man United are still fourth in the Premier League and just two points behind early leaders Chelsea.

But former Germany midfielder Hamann has been underwhelmed by the Red Devils under Solskjaer and says it is ‘only a matter of time’ before Manchester United replace the inexperienced manager.

‘The one and only reason why Manchester United are still in the title race and doing alright in the Champions League is Cristiano Ronaldo,’ Hamann told Sky Sports.

‘I don’t know where they would be without him or his goals. It is all patchwork. Old Trafford, that used to be the Theatre of Dreams, now it is more like the Theatre of Nightmares.

‘Their performances are pathetic. At the moment, they just don’t play good football. Jadon Sancho is way behind expectations, which I don’t understand.

‘With Varane they got a player with great experience and in Ronaldo they got one who knows the Premier League and I didn’t think it would take long to integrate him into the team.

‘Now I believe the pressure on the manager will grow a lot. I believe it is a matter of when – not if – they sack him, because he has been there too long for you not to see any progression.

‘They still play the same football which is not good to watch. That is not Manchester United.

‘I think there will be a change of manager soon. Whether the new manager will be able to utilise their potential, we will have to see.

‘But Ole Gunnar Solskjaer is not capable of that right now.’