Declan Rice is aiming to run the England midfield alongside Jude Bellingham for the next decade.

At 23, the West Ham captain is four years Bellingham’s senior but has already been suitably impressed by the third-youngest player in England’s history.

Given their respective ages, Rice and 19-year-old Bellingham could go on to establish themselves as a partnership at international level, especially if their recent form continues. 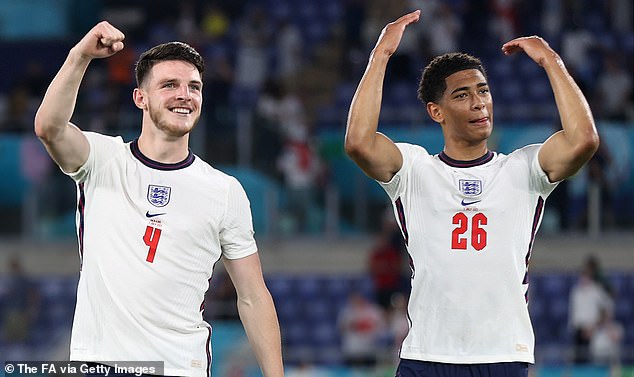 ‘When I’ve played with Jude, I loved it,’ Rice said ahead of the Nations League double-header against Italy and Germany.

‘Obviously it takes time to gel with a partner, you’re not going to get that connection straight away. But over time you do and even with all the other midfielders in the squad, I hope that we can go on for the next 10 years and create a special, special bond in the middle of the pitch.

‘I hope everyone does well because that’s what you need. You need a squad and you need everyone to be at it and you need to be ready whenever you’re called upon.’ 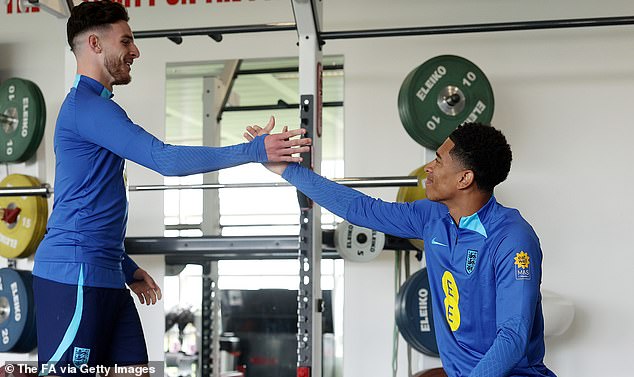 Rice, left, imparting his words of wisdom on the midfielder who is four years his junior

While Bellingham impresses at Borussia Dortmund, Rice has witnessed his ability at close quarters.

‘He’s got everything as a 19-year-old, you know, he’s a man, he has played on the big occasions already.

‘He’s ready to play, but obviously it’s down to the manager (Gareth Southgate) to pick what he thinks is best.’ 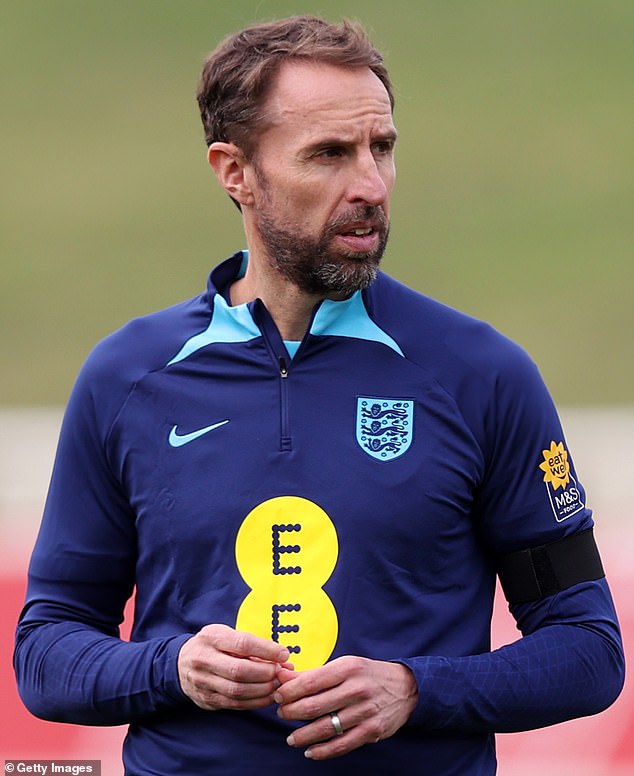 Rice also believes he and Bellingham complement each other well on the pitch and feels he can help bring the best out of the former Birmingham man.

‘If I was playing next to Jude, obviously I already have done in a major tournament, I would say to him to just to go and express himself.

‘Go and do what he does best. Go and get on the ball and attack people, go and run at people.

‘If you lose the ball, don’t care, just go and enjoy it and I’ll be there to defend for you.

‘When you’ve got a player like that you need to give them the luxury of getting on the ball and expressing themselves and he’s got that in there. He’s still only 19 – by the time he’s 22, 23, he’s going to be incredible.’ 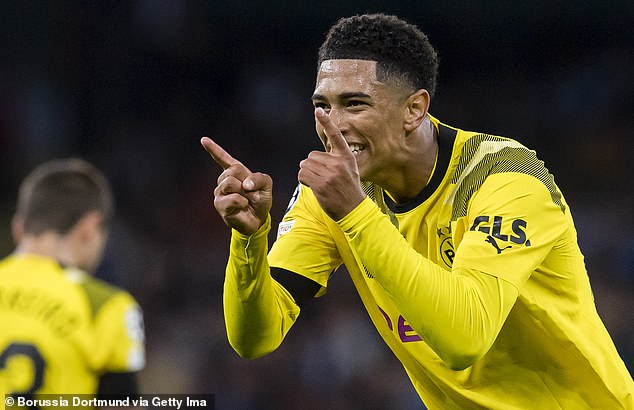