Aston Villa boss Dean Smith insists that no one has approached them about offering John Terry a management job.

However, Smith stated that he would not stand in the way of Terry’s departure if the time was right, amid reported interest in his assistant manager from Bournemouth and Celtic.

The Cherries, sixth in the Sky Bet Championship, are looking for a new manager after sacking Jason Tindall last week while Neil Lennon is under intense scrutiny at Celtic. 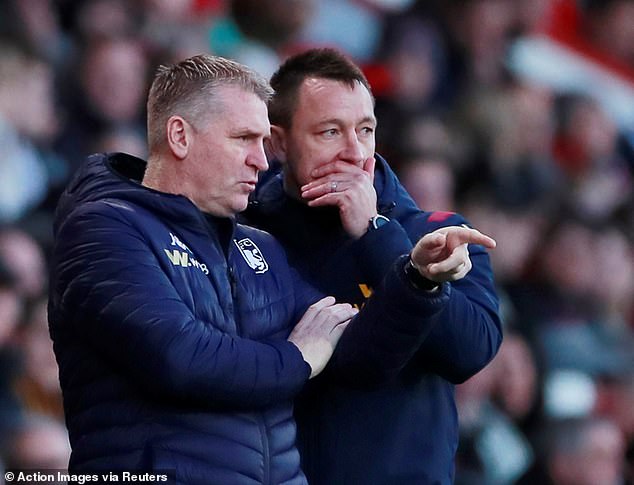 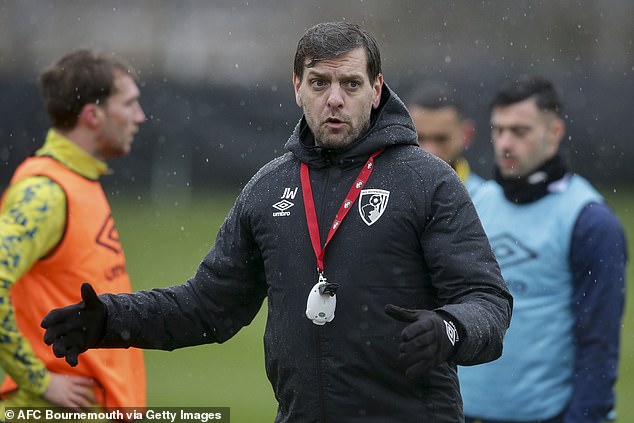 Terry, who was appointed as Smith’s assistant head coach in October 2018, was previously linked with the Bristol City job last summer but remained with Villa, who have made huge strides in the Premier League this season.

Smith said: ‘For somebody to leave a football club and go to another one then you need them to contact us, and we haven’t been contacted so…

‘I haven’t really spoken to JT about it, to be honest. The conversations I have had with JT is that when it suits everybody (he can leave).

‘I’ve always said right from the outset that John Terry came here to learn about coaching, and he’s become a very, very good assistant manager to myself. But ultimately, he’s come in to learn the trade to ultimately become a number one. ‘He wants to go into management but there’s got to be a right time and the right club for him, and likewise it has to be the right time for Aston Villa as well.

‘JT has been part of that conversation all the way through, so we are pretty cool on it.’

Villa, who only survived relegation last season on the final day of the campaign, head to Brighton on Saturday ninth in the table, with games in hand on all but one of the teams above them.

Winning both games in hand they have over Chelsea and Liverpool could see Smith’s side climb above both clubs and up to fourth in the standings. But the Villa boss is not getting carried away, saying: ‘It’s a mere distraction at the moment as we’re only 21 games in. There’s a long way to go still and we haven’t played Everton or Tottenham in the league yet.

‘There are games that we haven’t played because of Covid-19 this season, so it’s been a strange one but a good one in terms of our consistency.

Smith has no new fitness concerns following the home win against Arsenal. Defender Kortney Hause (foot) is unlikely to return before the end of the month while striker Wesley (knee) is not yet close to a return following 13 months out.

January signing Morgan Sanson awaits his full debut for the club and Douglas Luiz will be hoping for a recall after being an unused substitute against the Gunners. 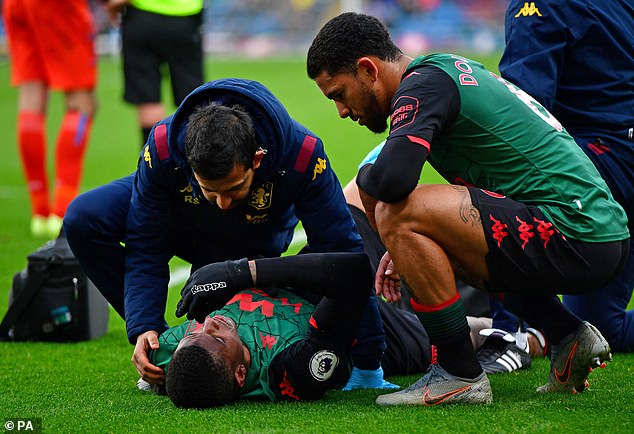