Jim White has announced he is quitting Sky Sports as a presenter after 23 years with the British broadcasting company.

The 64-year-old was best known for presenting the final hours of Sky Sports’ News Deadline Day channel, with his yellow tie becoming central to the presenting of the show for several years.

The Scottish broadcaster paid tribute to his colleagues at Sky and even thanked Harry Redknapp for giving interviews from his car on Deadline Day which helped raise the profile of the show. 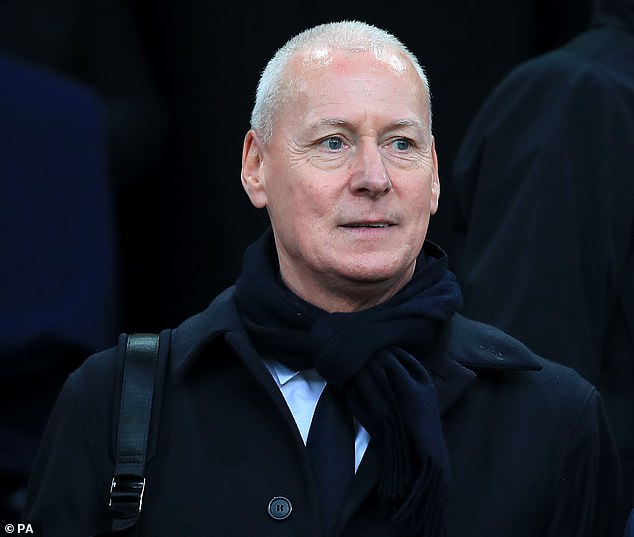 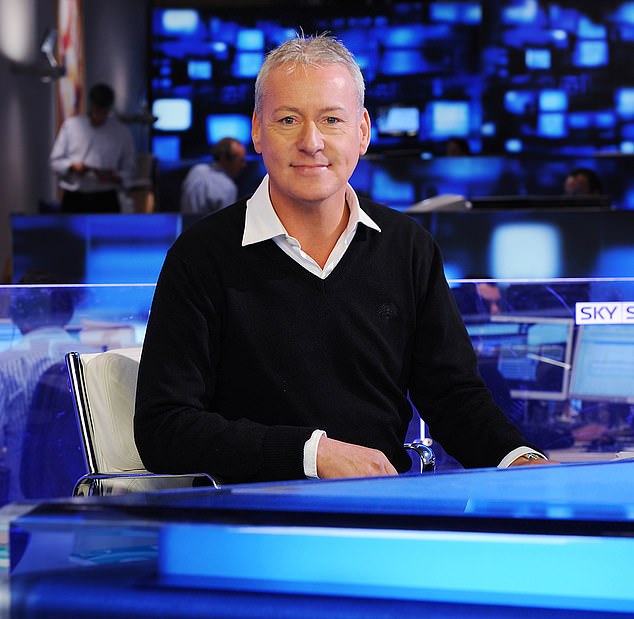 A statement from White on Twitter read: ‘Breaking News!! After 23 fantastic years, it’s time to bid farewell to Sky Sports. After much thought and with a heavy heart I leave Sky Sports News – but what a journey it has been.

‘To all the superb producers, assistant producers, directors and floor managers, a massive thank you. To my fellow presenters, thank you.

‘Other media challenges lie ahead! Have presented every late night shift on every Transfer Deadline Day – thanks for everything Harry! To everyone out there, keep watching the best sports news channel in the business. #YellowTieFor Sale’ 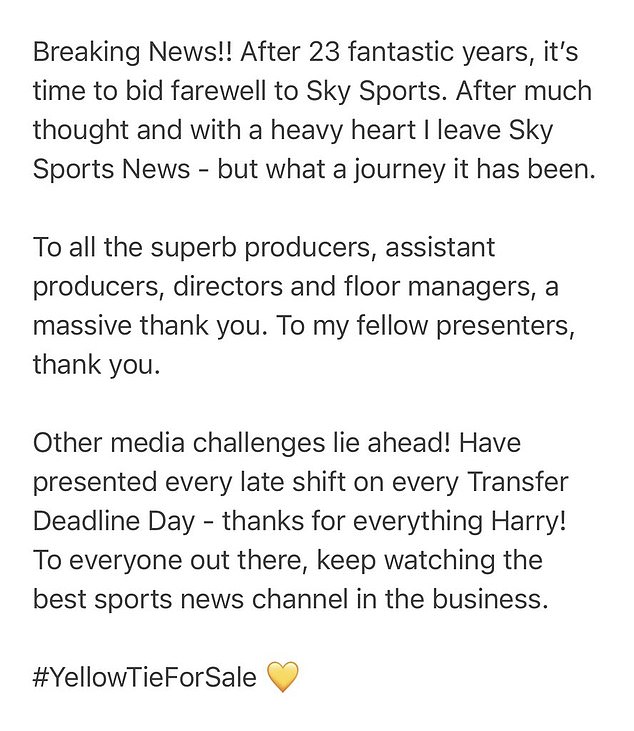 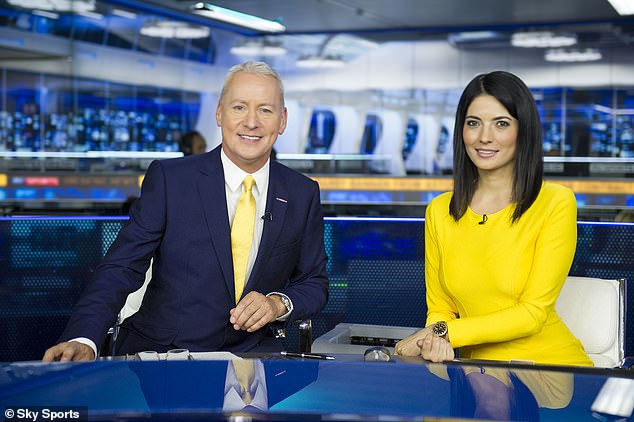 In his final words on Sky Sports News, White said on Friday night’s programme: ‘I only took on this job to see parts of the world I would never get to.

‘What can I say? Thank you for everything. Thanks to everyone I worked with over the years… and all the other presenters. It’s been a blast and you may not see me but you will certainly here me and I will keep going on the radio. We’re not talkin about me being done in (yet).

‘I want to thank everybody and to say this is special place to work, Sky Sports, and when you do work here for as long as I have – you realise you’ve done something right and it’s been very special. Thank you everybody. From me it’s goodbye, thank you and, oh yeah, come on Scotland! 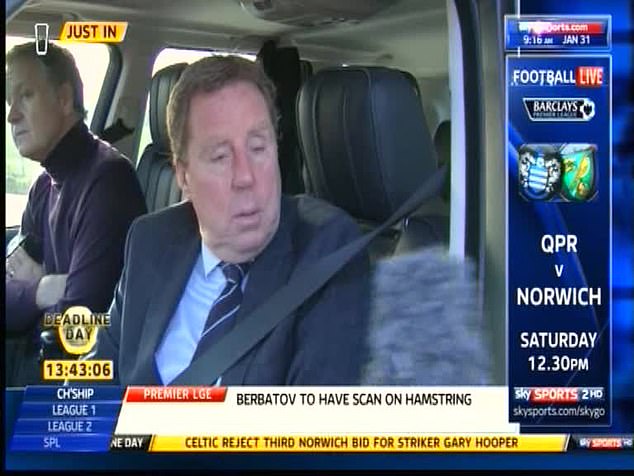 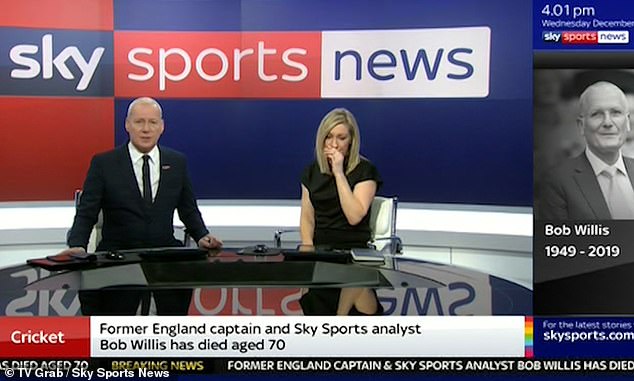 White also works as a radio presenter for talkSPORT, having started work with the station in late 2016 when he took over from Colin Murray as host of the morning programme.

He first joined Sky in 1998 after working for STV as a broadcast reporter, which included duties such as following Scotland at the 1990 World Cup in Italy.

White came under criticism on Sky Sports News duty two years ago for presenting Bury’s expulsion from the EFL in a Transfer Deadline-esque way – with a countdown clock behind him for when the Football League side needed to provide funds to save their club.

Fellow broadcasters paid tribute to White on social media following his announcement that he was leaving Sky.

talkSPORT host Natalie Sawyer, who worked with White on Sky’s Deadline Day programme before leaving the company herself, tweeted: ‘Congratulations Jim on a super career at Sky! You’ll be missed but forever iconic!’

Meanwhile, Spanish football expert Guillem Balague added: ‘Iconic Jim. You understood things earlier than most. What a brilliant career you had at Sky. Meet you soon!’