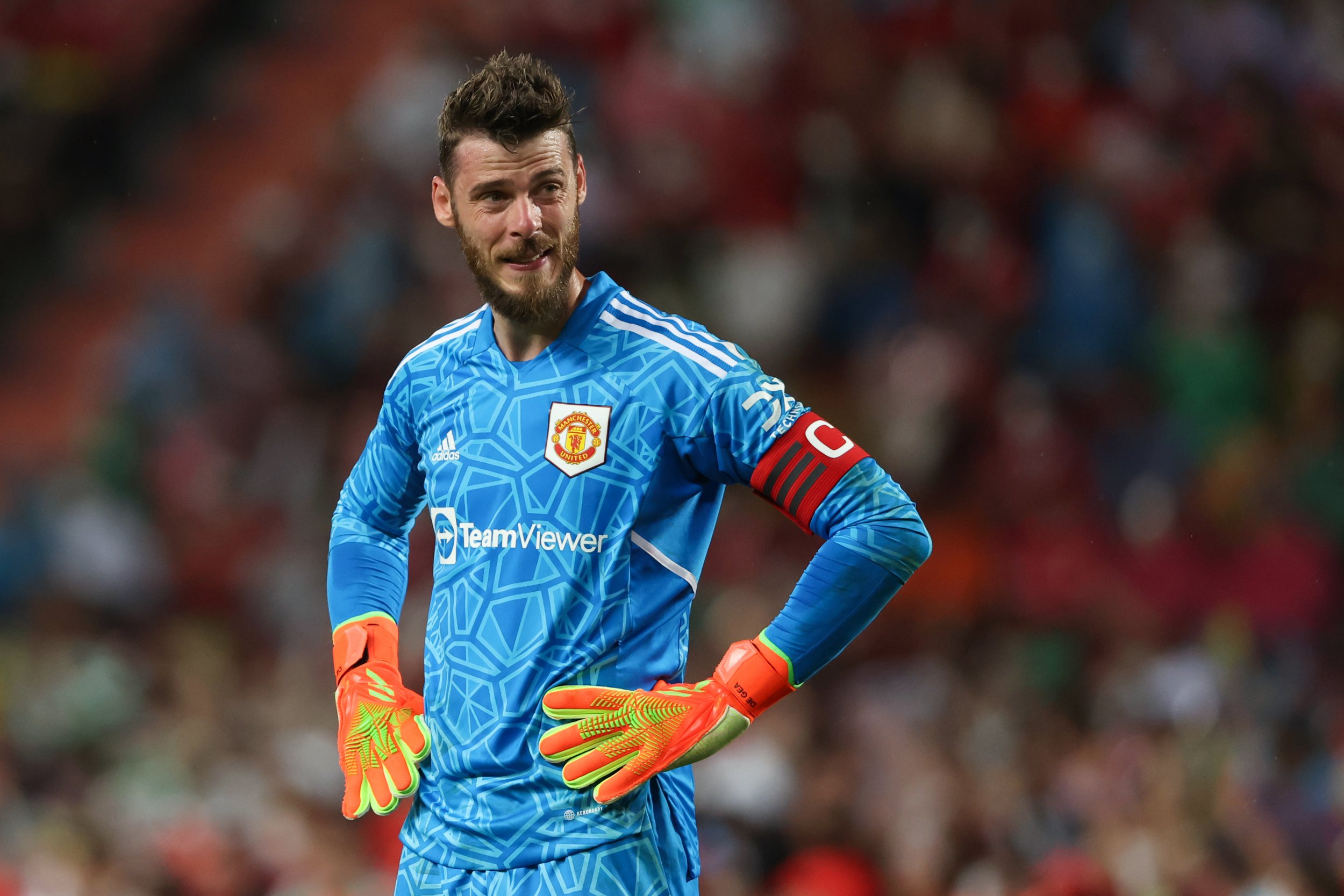 David De Gea insists he is capable of playing out from the back with Erik ten Hag keen on implementing his own playing style on Manchester United’s squad.

United have won all three of their pre-season fixtures so far and have impressed during the early stages of their preparations for the new Premier League campaign.

Ten Hag has held nothing back during United’s training sessions and games, with academy midfielder Zidane Iqbal the latest player to be on the end of a sharp insult from the Dutchman during a drill on Thursday.

De Gea also appeared to be on the receiving end of a volley from Ten Hag after he opted to play a long ball in the closing stages of United’s 3-1 win over Crystal Palace in Melbourne earlier this week.

The Spaniard has been previously criticised for his distribution during his time at United but the 31-year-old is adamant that he can adopt the style required under Ten Hag.

When asked if he felt confident about playing out from the back, De Gea told reporters: ‘Yeah. Of course, if you want to play from the back you need a good structure, you need a lot of options, especially from the guys who are at the back.

‘Of course, that’s fundamental, to have a lot of options and I think we’re doing well. We showed against Crystal Palace we built from the back really well and scored some good goals.