Latvia 0-1 Holland: Louis van Gaal’s side given a scare in Riga before Everton flop Davy Klaassen’s strike keeps them top of Group G

Davy Klaassen scored the only goal as Holland beat Latvia 1-0 away in Riga on Friday to keep themselves ahead in a tightly contest World Cup qualifying group.

Klaassen was unmarked at the back post to tuck away Memphis Depay’s corner after 19 minutes for the lone goal of the game, although the Dutch did dominate with almost relentless attacks in the closing 20 minutes and might have won by a larger margin.

Stefan de Vrij and Depay both sent good chances wide in the second half while at the other end of the field, Dutch goalkeeper Justin Bijlow made an important save from a corner in stoppage time to keep his side’s full haul of points intact. 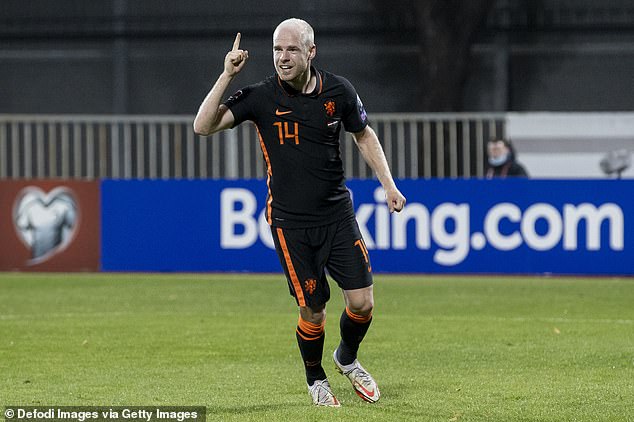 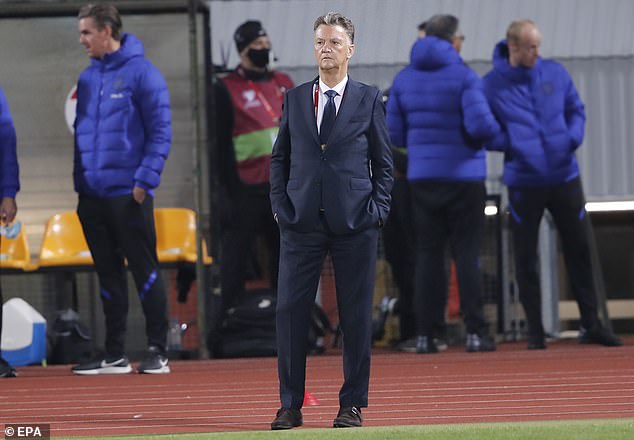 Holland advanced to 16 points in Group G, two ahead of Norway and four in front of third placed Turkey after those two countries drew 1-1 in Istanbul at the same time.

It was a third win in four games for the Dutch since Louis van Gaal returned as coach and they are expected to move closer to World Cup qualification when they host Gibraltar in Rotterdam on Tuesday.

Latvia remained on five points with a single win from their seven qualifying group games.

Louis van Gaal was satisfied with his team’s victory but felt they could do better defensively.

He said: ‘Everyone expected us to win this match,’ he continued. ‘That’s quite normal, I think.

‘Fortunately we did that. We created a lot of chances and they had a few dangerous moments because of mistakes with us, after losing the ball.

‘We should have done that better. But we have 3 more points and that is very important in qualifying. We have done our duty.’