‘He has been fantastic since I have been here’: Ole Gunnar Solskjaer hails David de Gea as goalkeeper prepares to make 400th Manchester United appearance against Southampton

David de Gea plays his 400th game for Manchester United on Monday night with manager Ole Gunnar Solskjaer claiming the Spain goalkeeper will view it as a black mark against his career if he does not win the Champions League.

United are hunting a spot in the top four as they host Southampton at Old Trafford with just four more games of the Premier League season remaining.

De Gea has won the league title, Europa League, FA Cup and League Cup once each with United since signing from Atletico Madrid for £18.9million in 2011. 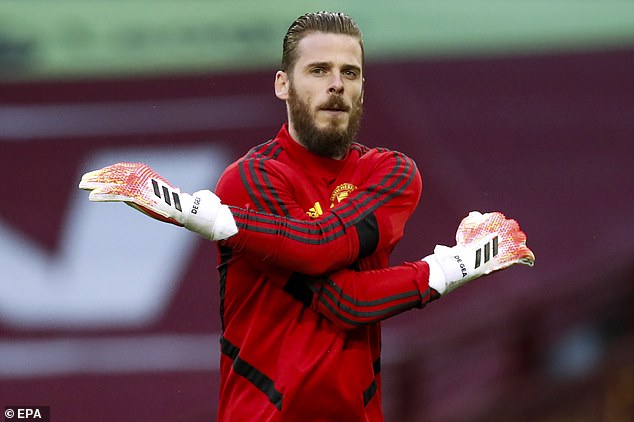 And Solskjaer believes emulating Peter Schmeichel by winning the Champions League would mean far more to the 29-year-old goalkeeper than personal achievements such as surpassing the Dane’s 398 appearances, which he did with a clean sheet against Aston Villa on Thursday.

Alex Stepney, on 539, is the only keeper to have played more times for United.

‘David has been fantastic since I’ve been here,’ said Solskjaer. ‘He has come out and said he wants to play maybe 10 more years. How long he will be able to stay at the top is just up to him. 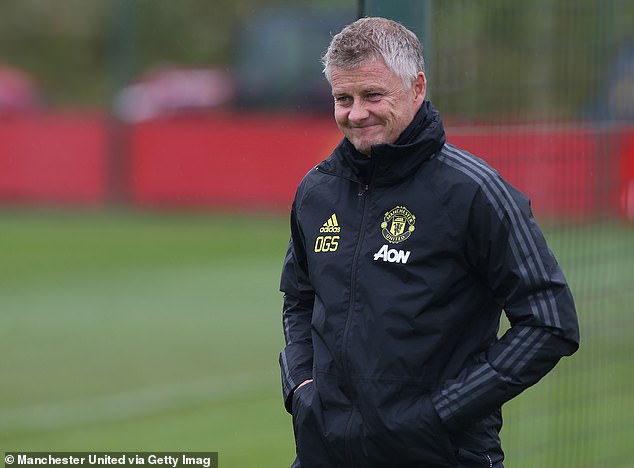 ‘He’s won the Premier League, he’s won the FA Cup, the Europa League, the League Cup, but that’s probably not enough for him.

‘I don’t think he will be happy until he wins the bigger trophies. Staying at Man United all this time and not having won more, I think that’s something he will feel is a black dot in his career. Yeah, he’s won his personal awards, but I don’t think David is the type who cares about personal awards.

‘I think he wants the team to lift big trophies as well.’

De Gea has been criticised for making individual errors since Solskjaer returned to the club as manager, particularly towards the end of last season. But the Norwegian insists he never considered dropping his No 1 keeper, who signed a new £375,000-a-week contract in September, because De Gea is mentally tough enough to take the flak.

‘It didn’t cross my mind for one second, not at all,’ he added. ‘To be a Manchester United goalkeeper, you have to have a strong mentality. 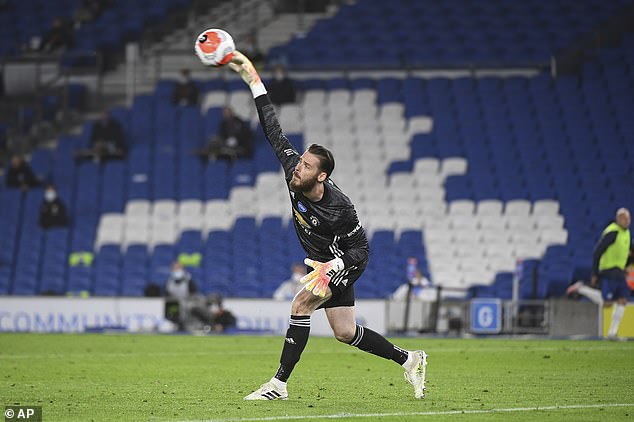 ‘David has a strong mentality and he has been here for so long that he is coming up to 400 games and you don’t do that by being afraid of the limelight or being afraid of Old Trafford.

‘You do that by walking out on to that pitch and showing them your quality and mentality. He is a strong character and I didn’t see any good in taking him out at all.’

United are looking to extend a 17-game unbeaten run this evening, while another goal for Mason Greenwood would see the 18-year-old equal George Best, Brian Kidd and Wayne Rooney in scoring 17 goals in one season for United as teenagers.

‘He has the talent to go so far,’ said Solskjaer. ‘Our job is to get him into positions where he can finish, because he hits the target.’