Inter Miami are trying to sign Barcelona forward Luis Suarez, reports claim. The MLS side, co-owned by Manchester United icon David Beckham, are reported to have submitted an official offer for the superstar.

Suarez arrived at the Nou Camp in July 2014 for £73.55million and he’s cemented his place in Barcelona history.

The 33-year-old has scored 196 goals and provided 109 assists in 281 appearances in all competitions for the Catalan giants.

Suarez has entered the final 12 months of his contract, which is due to expire in June 2021.

JUST IN: Man Utd in transfer ‘poker game’ for winger that could save Ed Woodward £55m 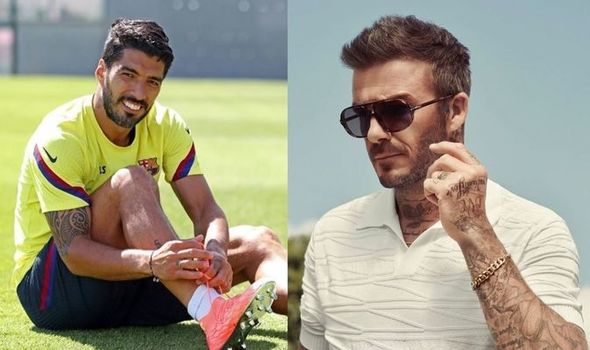 However, if he features in 60% of Barcelona’s fixtures during the 2020-21 campaign if will receive a 12-month extension.

But there are plenty of club’s hoping Suarez will choose to end his six-season spell in Spain.

One of those are MLS franchise Inter Miami, according to Mundo Deportivo.

The Spanish publication claim David Beckham’s outfit have ‘sent him an offer’ to join their ranks when his deal expires next year.

Aside from his obvious quality, The Herons (Inter Miami’s nickname) believe Suarez will be popular with Miami’s Hispanic community.

Mundo Deportivo claim Suarez would like to stay with Barcelona until 2022 at the very earliest.

But back in 2019, the attacker’s compatriot Nico Lodeiro said that it would be only a matter of time before he’s playing in the US.

“I think you need to convince Barcelona. He wants to come to MLS,” Lodeiro said.

“He is always asking me about the league. His dream was to play for Barcelona. He’s playing at a great level and he feels comfortable there.

“Sooner or later he’ll come to MLS. Well, hopefully. He likes the league. He’s always asking me things about it.

“Hopefully he can also play for Seattle Sounders. It may be a more difficult task. I think it’s only a matter of time before he’s out here.”