Darwin Nunez would be ‘spectacular’ for Manchester United, insists Diego Forlan, as he urges Benfica star to choose ‘very cosy’ Old Trafford over transfer rivals including Arsenal (despite flopping there himself!)

Uruguayan star striker Darwin Nunez has been urged by his countryman Diego Forlan to choose a ‘spectacular’ move to Manchester United over others vying for his signature, including Arsenal.

Nunez has been one of the breakout stars of this season in Europe, scoring an astonishing 34 goals in 40 appearances for Benfica.

Most notably, this has included six goals in the Champions League, with the 22-year-old spearheading Benfica’s run to the quarter-finals with goals against elite clubs Barcelona, Bayern Munich, Ajax and Liverpool. 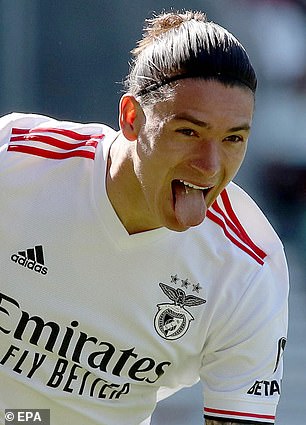 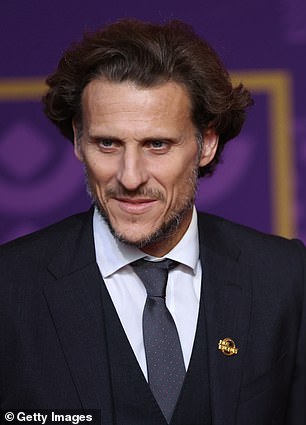 Nunez is set to become a major transfer target this summer and Forlan, an ex-Manchester United striker, said the youngster would do well to follow in his footsteps by switching to Old Trafford.

‘I think that he is a very good player, a good kid who is doing really well at Benfica and is enjoying a strong season,’ Forlan told Breaking the Lines.

‘It is not just the Portuguese league where he is doing well but in the Champions League too. 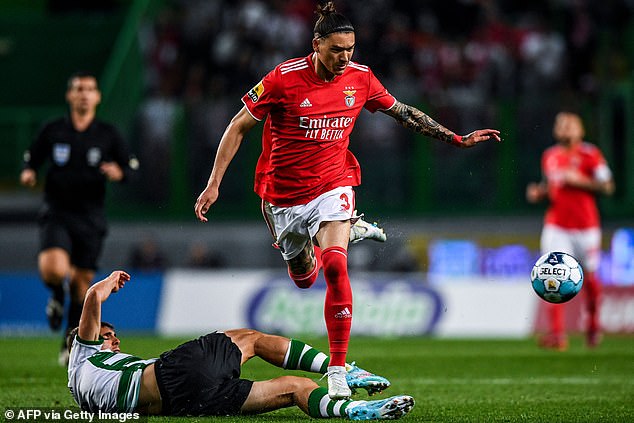 Nunez has had an outstanding season for Benfica, scoring 34 goals in 40 appearances so far

‘He is a player who has a lot of potential and he could fit in at Manchester United. But obviously, everyone needs to have patience, although he is getting better with more and more experience.’

Forlan himself was something of a flop in his three years at United, scoring just 17 goals in 97 appearances.

But he said the fact that he was given as long as he was to try and succeed could be a huge advantage for Nunez. 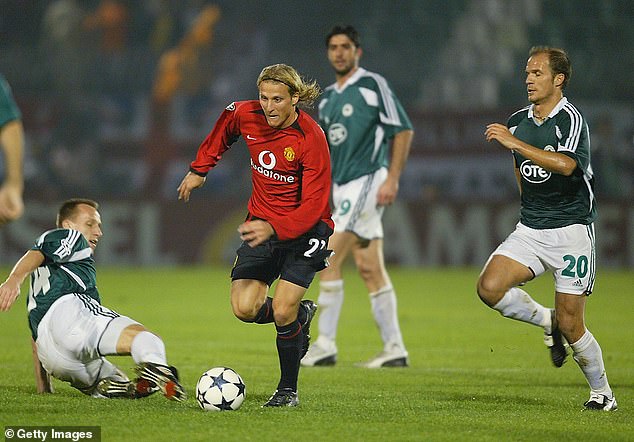 Forlan was not a great success at Old Trafford, scoring just 17 goals in 97 club appearances

‘He would not be a bad signing for Manchester United and it would be nice to see him there,’ Forlan said. ‘It is a club that gives you time, that makes you feel comfortable and as if you are in a familiar place, very cosy and nice.

‘It would be spectacular having him playing for Manchester United.’

Arsenal are believed to be extremely keen on signing Nunez as strikers Alexandre Lacazette and Eddie Nketiah are both out of contract in the summer.