Danny Ings has turned down an offer of a four-year contract from Southampton.

Sky Sports News has confirmed a report by The Athletic that Ings has rejected the offer from his club.

The 28-year-old forward has one year left on his current deal.

Earlier this year, Sky Sports News reported that Manchester City were interested in signing Ings this summer as a potential successor to Sergio Aguero.

Ings has also been reported to be attracting interest from Manchester United.

He scored 14 goals for Southampton last season and manager Ralph Hasenhuttl has previously said he expects the player to remain at the club.

“I think Danny, especially, will stay with us,” he told Sky Sports in April. “He knows with all his injuries he has had he has a very good spot to perform and come back, and I think this is important for a player. 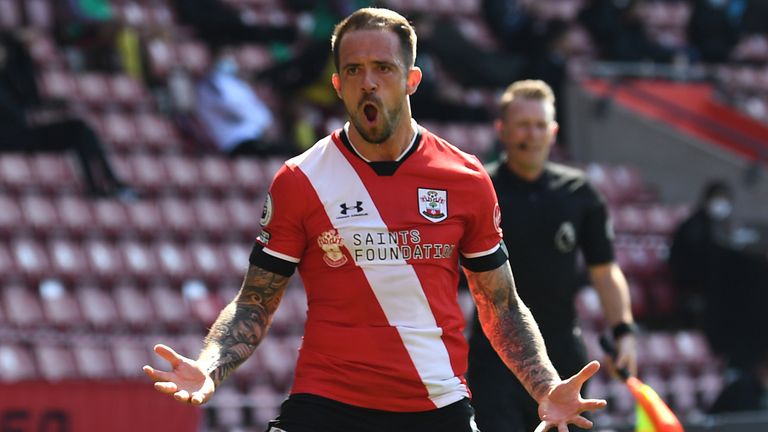 “It’s a risk to go into a final year of a contract with the risk of getting another injury, then things can be gone. It’s something every player has to answer for themselves, and we hope he’ll be with us for longer.”

Ings has scored 34 goals in 67 Premier League games since Southampton signed him permanently in 2019 for a £20m fee from Liverpool.

So far this summer Saints have made Theo Walcott’s loan move permanent and signed left-back Romain Perraud following the departure of Ryan Bertrand.