Daniel Stendel says he is optimistic of finding a way to remain at Hearts following the decision to end the Scottish Premiership season on Monday.

As things stand, the German manager is poised to leave due to a relegation clause in his contract, after the early conclusion meant the Tynecastle side finished bottom of the table.

Hearts owner Ann Budge is attempting to strike an agreement which would see her club remain in the top flight through a revamp.

Stendel is hopeful a suitable arrangement can be found – and that he would be a success if his players got a reprieve among Scotland’s elite sides.

The former Barnsley manager told Hearts TV: “In the end, it was only a short time that I could work for Hearts but it was a special time. 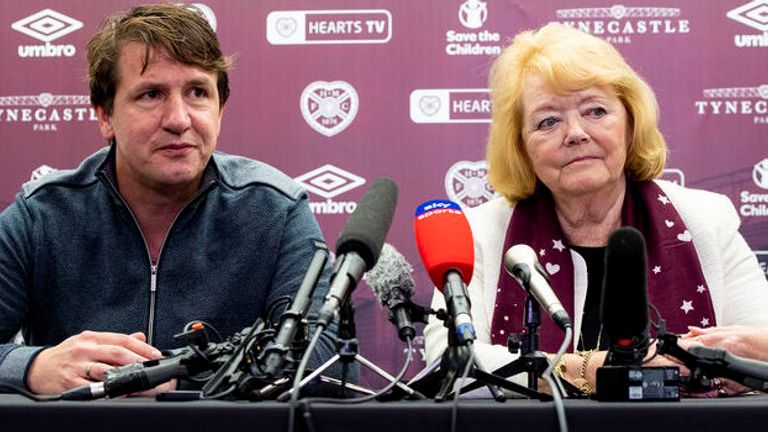 “I like this club, I like the people, I like the supporters. It’s a great experience for me. I am a little bit unhappy about our situation but I am convinced we can do it better.

“I hope we have a chance to play in the Premiership next year. At the moment I have no contract in the Championship but we will speak with Ann in the next few days.