Czech Republic vs Denmark LIVE: Euro 2020’s dark horses are dreaming of the semi-finals at Wembley as they face off in Baku after fairytale journey to the last eight

It’s the race of the dark horses as Czech Republic face off against Denmark in Baku in the last eight of Euro 2020 as both sides target a dream semi-final at Wembley.

Both sides have enjoyed a fairytale run at the tournament this summer after the two teams struggled in the group stage – but they have a chance to reach the latter stages here and set up a semi-final clash with either England or Ukraine next week.

The Czechs caused a shock by knocking out European heavyweights Holland in the last-16, while the Danes – emotionally charged at the competition after Christian Eriksen’s horrific cardiac arrest in the opening game – thrashed Wales.

Follow Sportsmail’s ALEX BOWMER for live Euro 2020 coverage of the Czech Republic vs Denmark, including build-up, team news and updates.

Like the Czechs, Denmark finished third in their group – but only after suffering a sickening start to their campaign when Christian Eriksen suffered a cardiac arrest in the opening game against Finland, with the player taken to a nearby Copenhagen hospital, before the game resumed and the hosts lost 1-0.

A fast start against Belgium through Yussuf Poulsen didn’t last as strikes from Thorgan Hazard and Kevin De Bruyne turned the game on its head.

That meant Kasper Hjulmand’s side needed to beat Russia handsomely and hope Belgium to beat Finland.

Both these things happened, with the crowd at Parken Stadium creating a defeaning atmosphere as the team roared to victory thanks in part to stunning strikes from Mikkel Damsgaard and Andreas Christensen.

The 4-1 win set up a last-16 meeting with Wales and after Kasper Dolberg’s brace either side of half time, Joakim Maehle and Martin Braithwaite rubbed salt in the wounds.

This is a meeting of two dark horses – which one will continue to defy the odds and make it to the semi-finals? 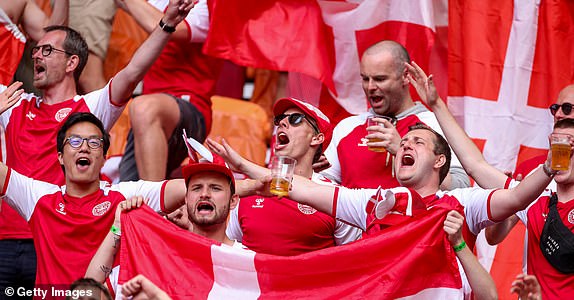 Jaroslav Silhavy’s men got their campaign off to a great start at Hampden Park with a 2-0 win over Scotland that included a ridiculous 45-yard from Patrik Schick.

A 1-1 draw against Croatia followed, before the team were beaten 1-0 by England thanks to Raheem Sterling’s early header.

A third-place finish meant a tough last-16 draw against the Netherlands awaited, but the Silhavy’s side capitalised on the dismissal of Matthijs de Ligt as Tomas Holes opened the scoring before turning provider for Schick, who bagged his fourth goal of the campaign to move one goal behind Cristiano Ronaldo in the Golden Boot race. 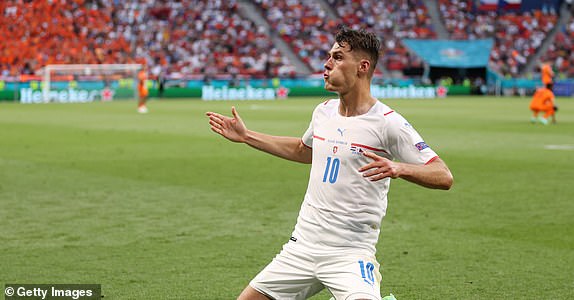 …and welcome to coverage of the third Euro 2020 quarter-final between Czech Republic and Denmark at the Olympic Stadium in Baku. 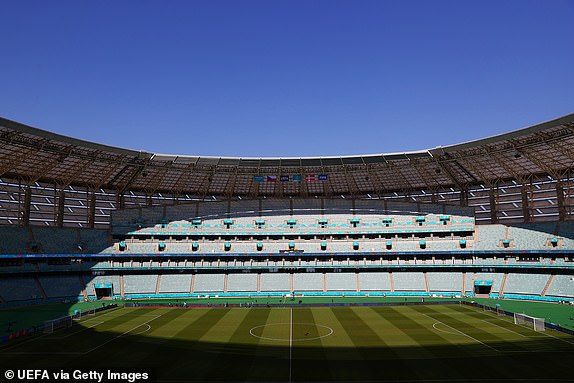