Cristiano Ronaldo has the ‘Siuuu’. LeBron James has the ‘Silencer’. Usain Bolt has the ‘Lightning Bolt’. Some celebrations in world sport are simply iconic.

2022 is the year of the ‘night night’ celebration, coined by Golden State Warriors star Steph Curry during the NBA play-offs.

Sports players around the world have emulated Curry’s sleeping pose, which is used to suggest that the job is done. In other words, it’s game over. 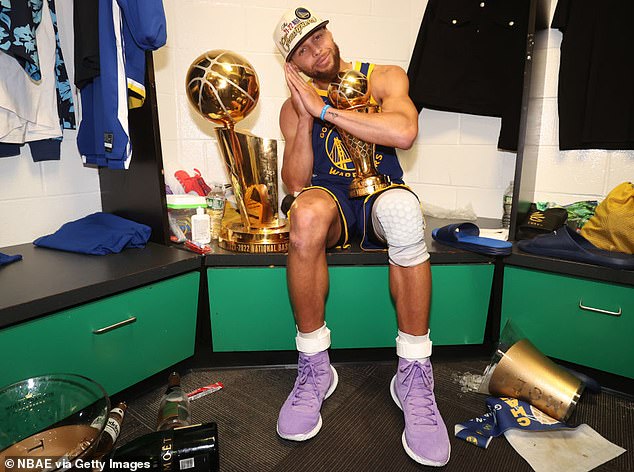 The latest to pull out the celebration is Barcelona forward Ousmane Dembele, who did so after both of his two goals in a pre-season friendly against Juventus in Dallas on Tuesday.

The French international opened the scoring in the first half with a fierce effort into the far corner after running rings around Alex Sandro, only for Moise Kean to equalise five minutes later.

But just a minute from the restart, Dembele netted again as he cut in off the right, beat Juan Cuadrado and fired an effort past Wojciech Szczesny.

Unfortunately for Dembele and Barca, Kean would equalise again in the second half and the game ended 2-2, so the ‘night night’ celebration didn’t quite ring true. 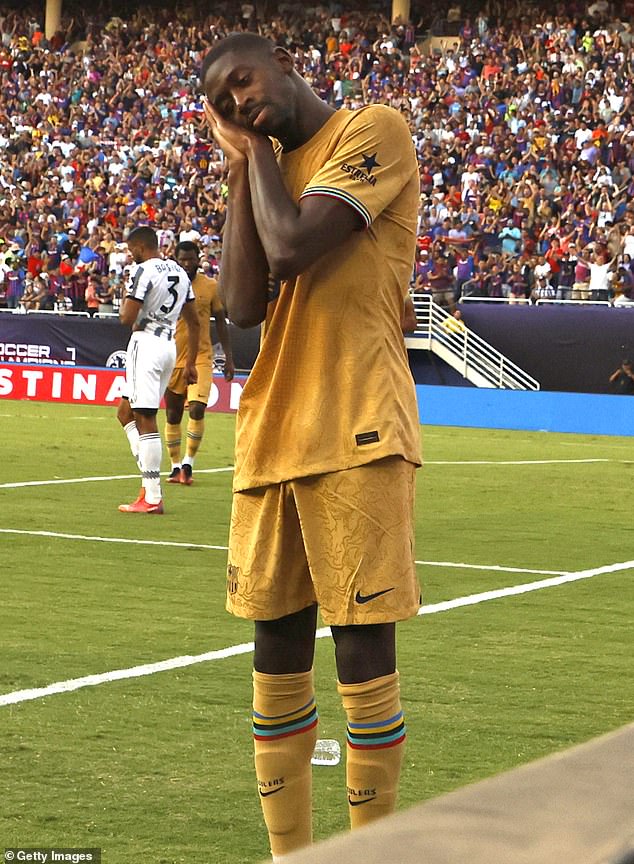 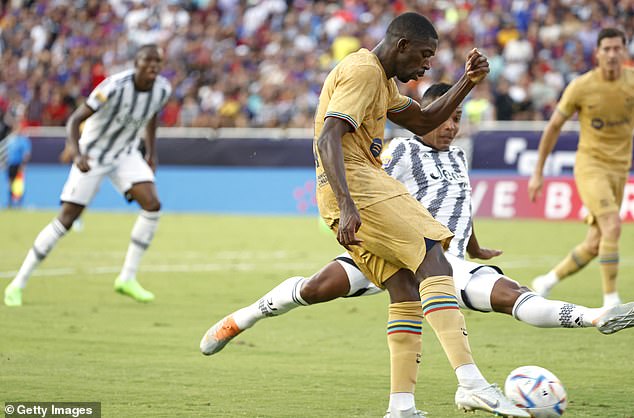 Nonetheless, Curry loved the fact that the pose is going global, writing on Twitter: ‘A movement!!’.

Curry debuted the celebration in the Warriors’ opening round NBA play-off game against the Denver Nuggets in April.

He then continued to bring it out against the Memphis Grizzlies, Dallas Mavericks and Boston Celtics en route to the Warriors’ fourth NBA Championship title in eight seasons.

‘You can tell how un-choreographed that stuff is,’ Curry explained. ‘I was having fun and you talk about having kids and how bedtime routines are important. It’s the final signal for a job well-done that day.’