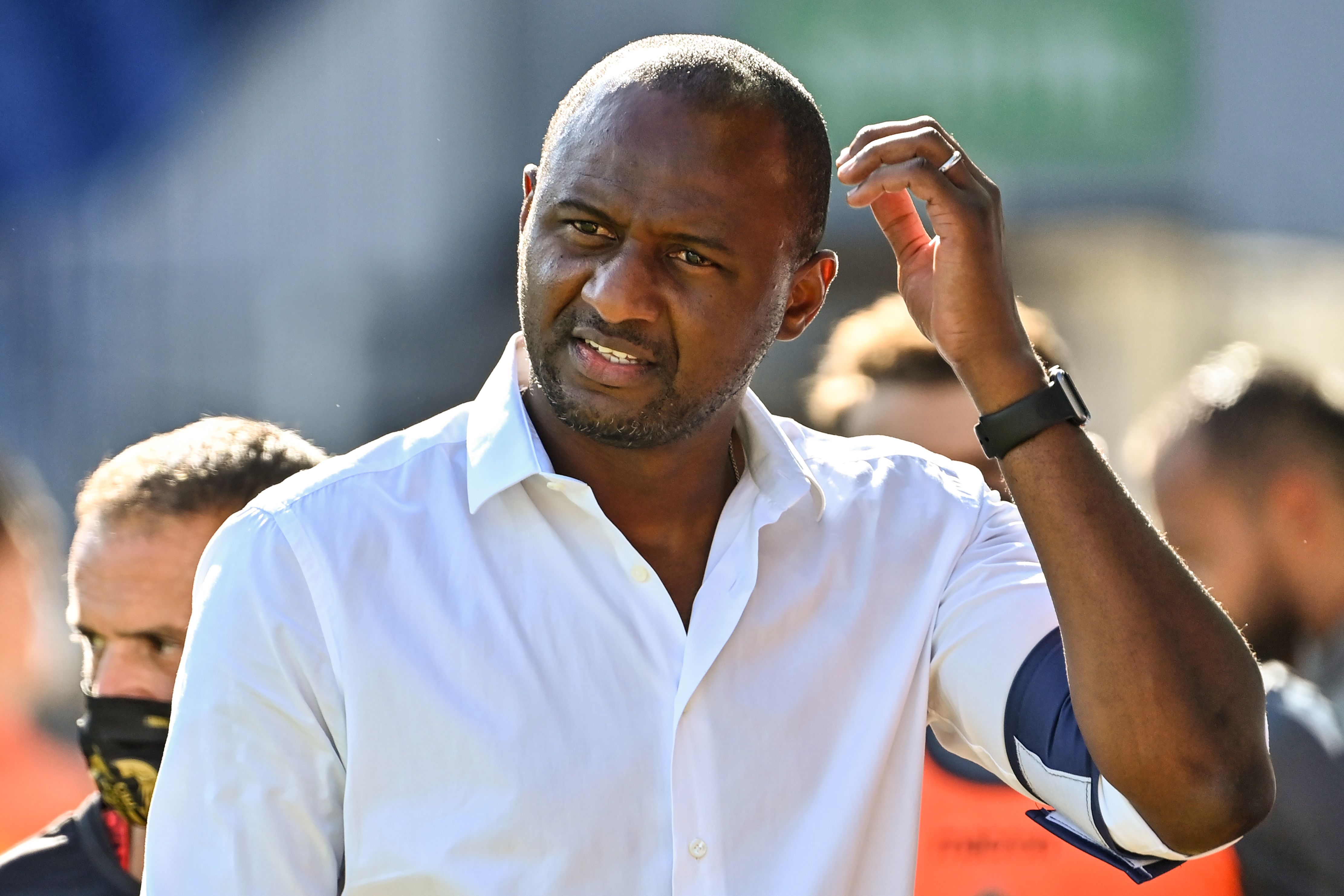 Crystal Palace have confirmed the appointment of Patrick Vieira as their new head coach.

The position has been vacant since Roy Hodgson left by mutual consent after four years at the helm at Selhurst Park at the end of last season.

Legendary former Arsenal captain Vieira, 45, has put pen to paper on a three-year contract with the Eagles which sees him through to 2024.

It will be the iconic Frenchman’s first senior role in the Premier League following a pair of brief stints with MLS outfit New York City and Ligue 1 club Nice.

‘I am really excited to have this opportunity to return to the Premier League and manage this great football club, as we begin a new chapter together,’ Vieira told Palace’s official website.

‘It is a project that is really appealing to me, having spoken a lot with the chairman and sporting director about their ambition and plans for the whole club, including the academy.

‘The club has fantastic foundations in place after many years in the Premier League, and I hope we can make further improvements and continue to drive the club forward.

‘I am also very excited to experience the atmosphere the club’s supporters make at Selhurst Park and away from home too, and I know just how important that can be for the team.’

A separate round of talks with ex-Borussia Dortmund head coach Lucien Favre broke down which saw Vieira jump to the top of Palace’s managerial wishlist.

On Vieira’s arrival, Palace chairman Steve Parish said: ‘I’m delighted and excited that Patrick has agreed to join Crystal Palace as our manager following successfully learning his trade at the City Group, and experiencing positive managerial spells at New York City and then Nice, who he led to the Europa League.

‘We have a lot to do to prepare in the coming weeks and I look forward to working closely with Patrick and Dougie [Freedman] in bringing in some new faces to help us all to a successful season.’

Arsene Wenger backed Vieira to be a ‘great asset’ when addressing the speculation linking his former player with Palace last week.

‘We wish him the best and I think it would be great,’ he told beIN SPORTS.

‘First of all, he would be a great asset for Crystal Palace and I also think that he has left such a mark on the Premier League’s pitch that I would like him to leave a mark outside the pitch.’