Crystal Palace 1-1 Brentford: The Bees sting late on as Yoane Wissa nets an 88th minute equaliser to claim a point after Wilfried Zaha bagged his fourth of the season with sublime second-half strike

They had their star man back, dominated the match but, like on Saturday, Crystal Palace could not see out a precious three points.

Yoane Wissa headed home Brentford’s only genuine chance in the 88th minute to cancel out Wilfried Zaha’s exquisite opener and take an undeserved but pleasing point back to west London.

So after leading by two goals at the champions and coming home with nothing, Palace now took just a solitary point from a match in which they really should have won. 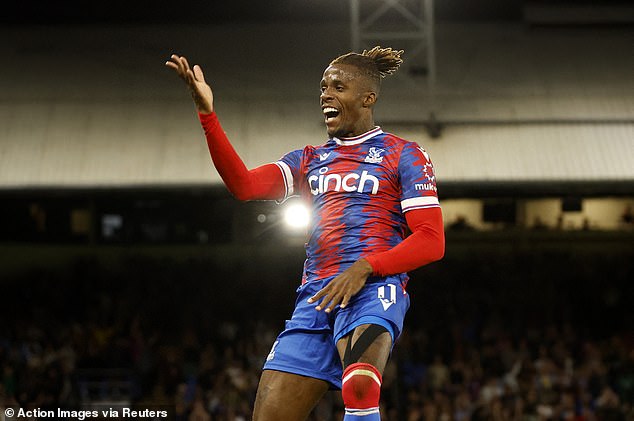 Vicente Guaita also made a top save and Brentford’s Ben Mee rattled the bar in a dramatic five minutes of stoppage time which went completely against the pattern of the game.

Palace boss Patrick Vieira will look back with discontent but he will take positives in the form of his talisman. His side are far from a one-man band these days, but the lead singer and poster boy are still the same: Wilfried Zaha.

He took his tally to four goals in four matches this season and made one wonder if this is the best version of Zaha we have ever seen. He turns 30 in two months and is playing top-level football, while backing it up with good numbers. 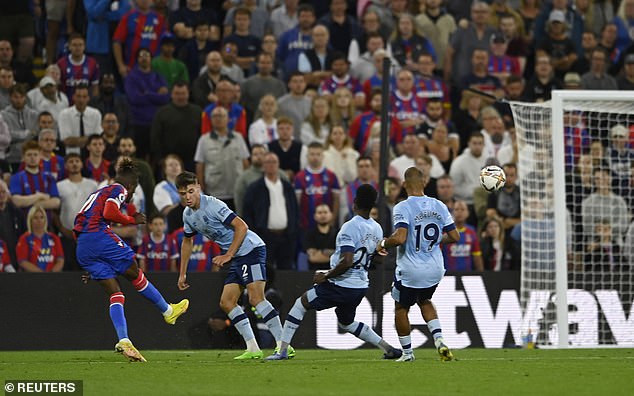 One of Vieira’s biggest legacies at the club is that he has made them far less reliant on Zaha, with Michael Olise the star man here and Ebere Eze now flourishing in a position taken by loanee Conor Gallagher last season.

Zaha missed the loss at Manchester City and, while much of the talk was about how Pep Guardiola’s side might not have won without the prowess of Erling Haaland, one wondered if Palace might have seen out three points if they had their talisman to cause problems as the champions pressed for an equaliser and then a winner.

He did that here, coming up with what looked like the clutch moment for Palace with an exquisite finessed shot from the edge of the box, after Olise had hit the post with a similar effort minutes earlier.

Zaha could have scored in the first half but was blocked by Aaron Hickey, while Jeffrey Schlupp scuffed a shot straight at David Raya in an opening hour devoid of real goalmouth action. 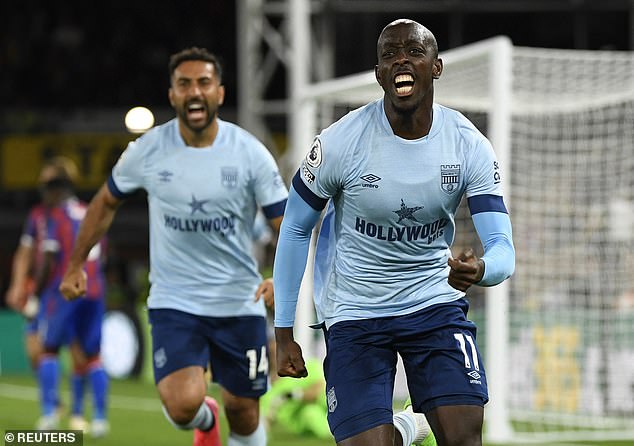 The match seemed to be heading for a goalless draw despite Palace dominating possession. Olise struck the post as he danced inside from the left wing, evading a pair of challenges before curling a venomous shot from distance.

Olise tried the same shot a few minutes later but shanked it high and wide. Then his mate on the other wing gave him a lesson in how to cut in and score with a finesse shot.

Zaha had been quiet for the first hour and then came up with a decisive moment, chopping inside before unleashing a measured shot with the side of his foot, which sailed past Raya into the top corner. 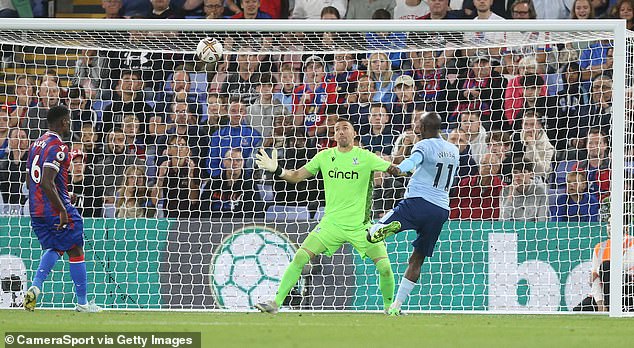 And Brentford looked like they were going to be unable to reply until Vitaly Janelt’s cross was met by Wissa to head home for 1-1 late in the match.

The Bees then pushed for a winner and probably should have found one, Rico Henry forcing a top save from Guaita before Mee rattled the crossbar. Where was this exciting, attacking Brentford for 88 minutes of the match?

Thomas Frank marched straight over to a jubilant away end, bouncing up and down in delirium, celebrating this point as if it was three. It felt like a robbery. 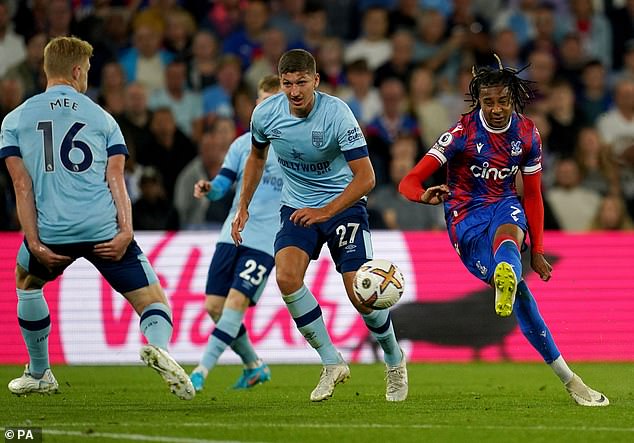 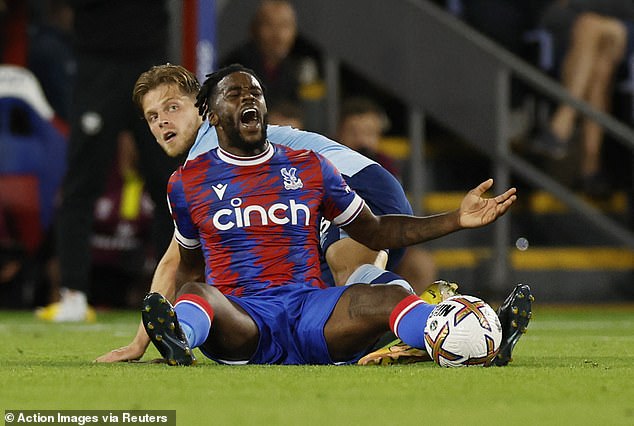 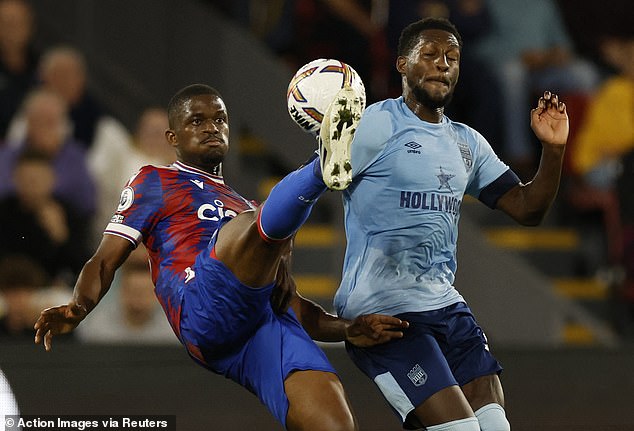