For the 79th time in the Premier League era, Newcastle United lost in London and their supporters trooped home in their thousands, wondering why they put themselves through such torture.

Newcastle never looked like winning this, or even getting a goal, and so their three-hour train journey would be spent picking over the bones of another afternoon of nothingness.

Roy Hodgson’s Crystal Palace, the league’s lowest scorers, won 1-0 but it ought to have been by a much larger margin. Only Martin Dubravka, Newcastle’s goalkeeper, kept it respectable. 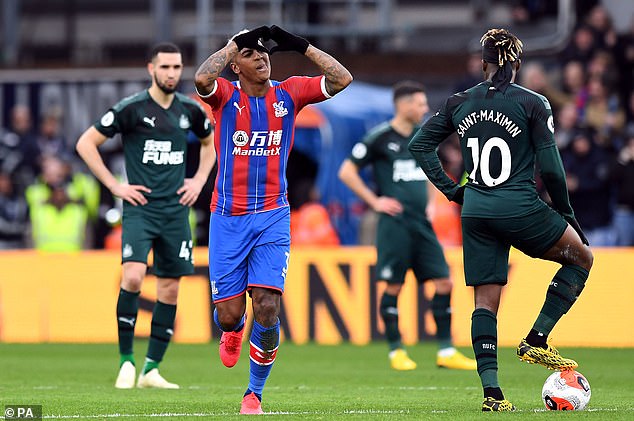 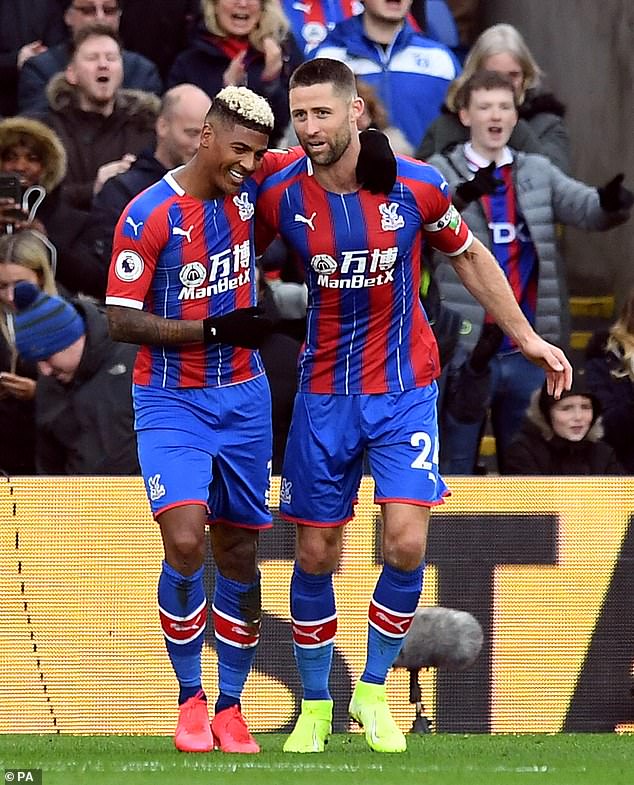 Worse still for the visitors, it was Patrick van Aanholt, the left back formerly of Sunderland, who secured Palace their first win in 2020 – via a pinpoint free-kick from 25 yards.

Newcastle boss Steve Bruce did not hide his frustration afterwards.

Before any Newcastle supporters get excited by the prospect of a new manager coming in, Bruce meant a change in formation or in the side he selects. ‘We’re disappointed,’ he continued.

Hodgson added on his only gripe: ‘I wouldn’t have minded one or two more goals. We would have deserved that. Throughout the 90 minutes, it was a good performance.’

These two sets of supporters are renowned for their energy, but even they arrived at Selhurst Park realising the odds suggested this would not be a high-scoring affair.

Palace, as mentioned, were the worst scorers in the division. Newcastle were the second worst. 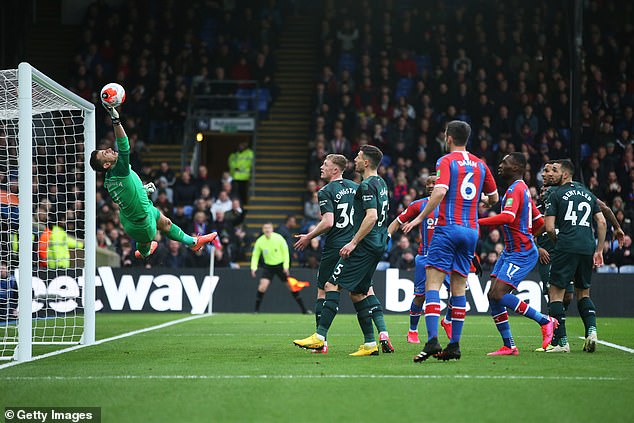 Yet the deadlock would have been broken inside six minutes were it not for Dubravka.

The Slovakian stopper turned part-acrobat in order to produce a wonderful one-handed save at his top right corner, denying Gary Cahill from heading Palace into the lead.

The hosts were well in control at this point. One breakaway, after Newcastle had clumsily lost possession in midfield, saw Christian Benteke’s shot deflected over by Jamaal Lascelles.

From the resulting corner, Scott Dann got his head to the cross and Dubravka, again, got a hand to it. Newcastle’s goalkeeper, apparently on Chelsea’s radar, was earning his money here.

The only chance Newcastle had came from distance – a Joelinton effort saved by Vicente Guaita.

There has been a great deal of hype surrounding Newcastle’s Allan Saint-Maximin of late, as one of the division’s most dangerous dribblers. Yet he had been unable to stretch his legs. 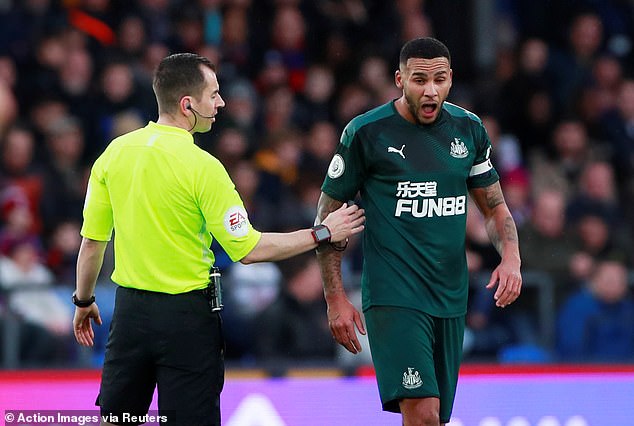 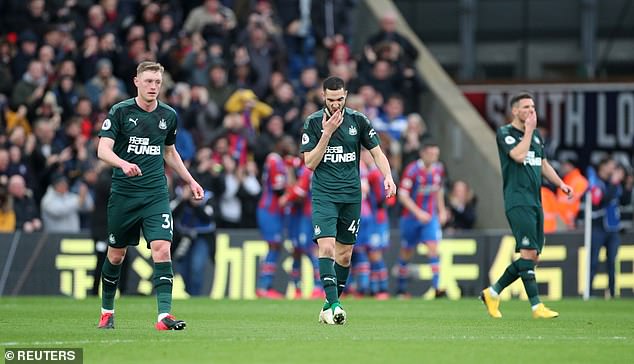 It was all Palace and in the 20th minute, another cross and another chance. This time Benteke, from all of four yards, headed wide of Dubravka’s gaping goal.

Hodgson, who is set to sign a new contract as Palace manager, with his current deal expiring at the end of this season, looked as astounded as anyone by that miss.

In the 40th minute, Jordan Ayew cut on to his right foot and whipped one towards the far corner from 20 yards. Dubravka dived and it crept just wide.

It looked as if we’d be heading into the break all square, but Van Aanholt had other ideas.

He sent a rocket of a left-footed shot from 25 yards into the top corner, out of the reach of Dubravka. Make no mistake, Palace deserved this goal.

Ayew could and should have put the game to bed in the 50th minute but from eight yards, he found the post. Benteke then found the midriff of Dubravka.

Wilfried Zaha had been relatively quiet by his standards on the left wing. 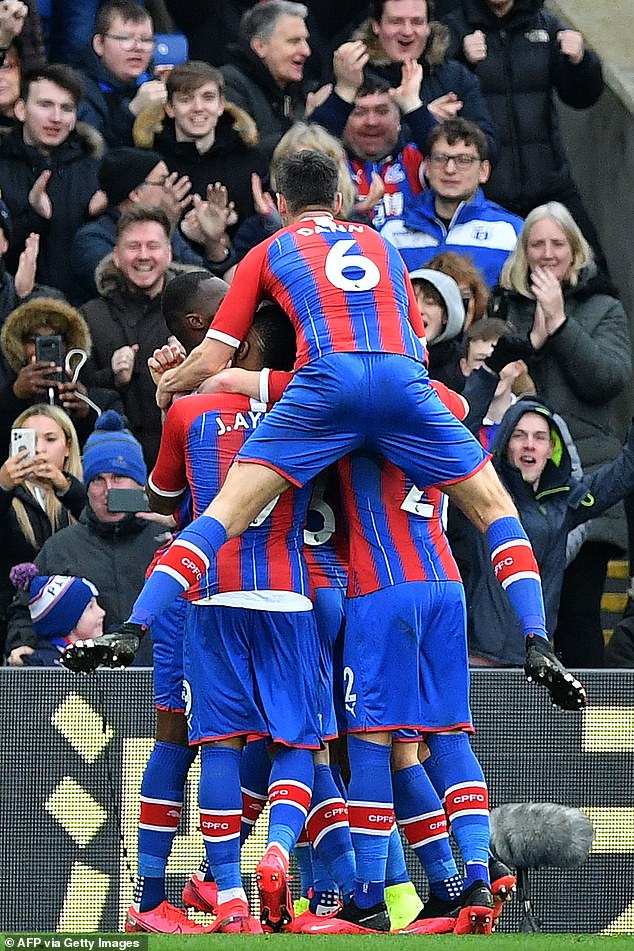 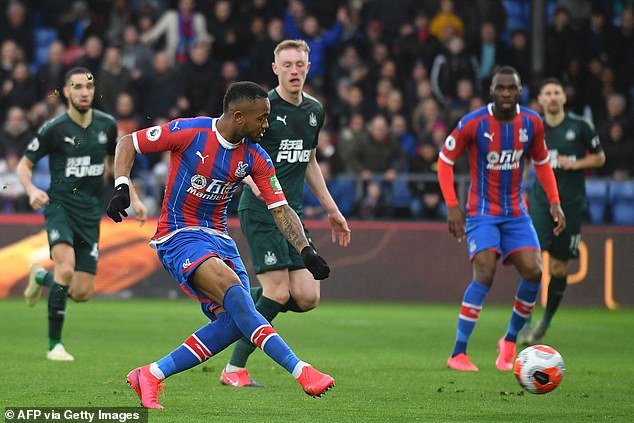 Midway through the second half, he skinned his marker and found Ayew, waiting all on his own.

The forward fired a shot into the bottom right corner but Dubravka denied him.

That capped an atrocious afternoon for Newcastle. Another trip to the capital, another defeat. 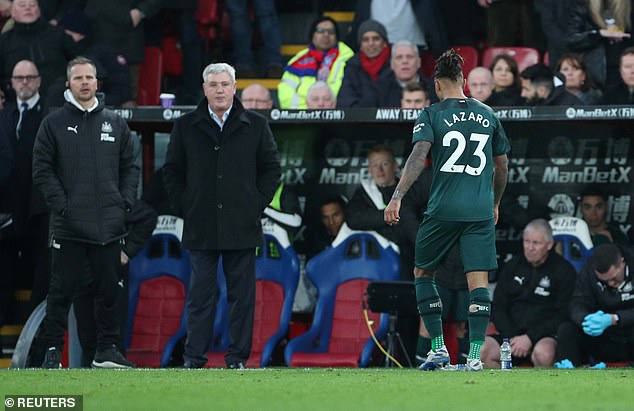 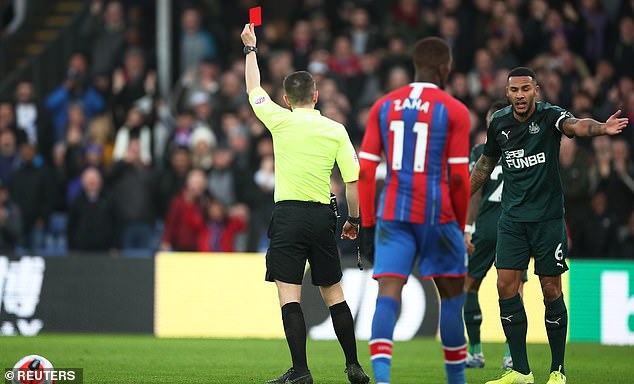 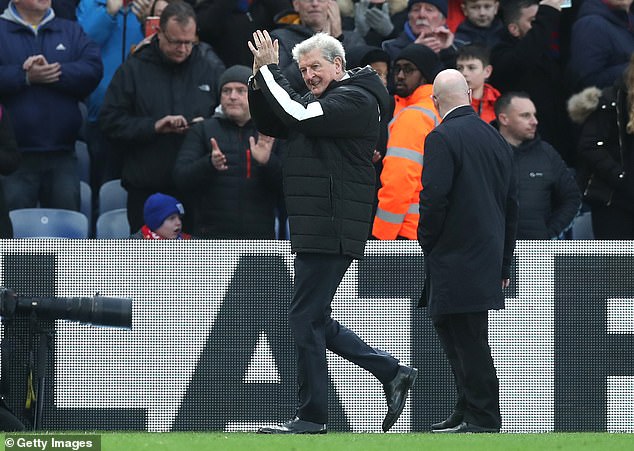 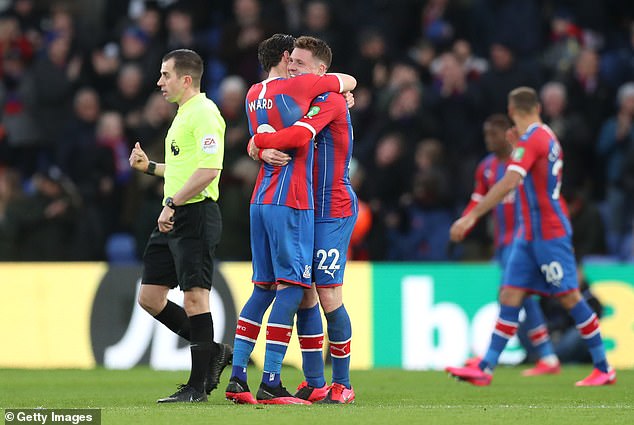