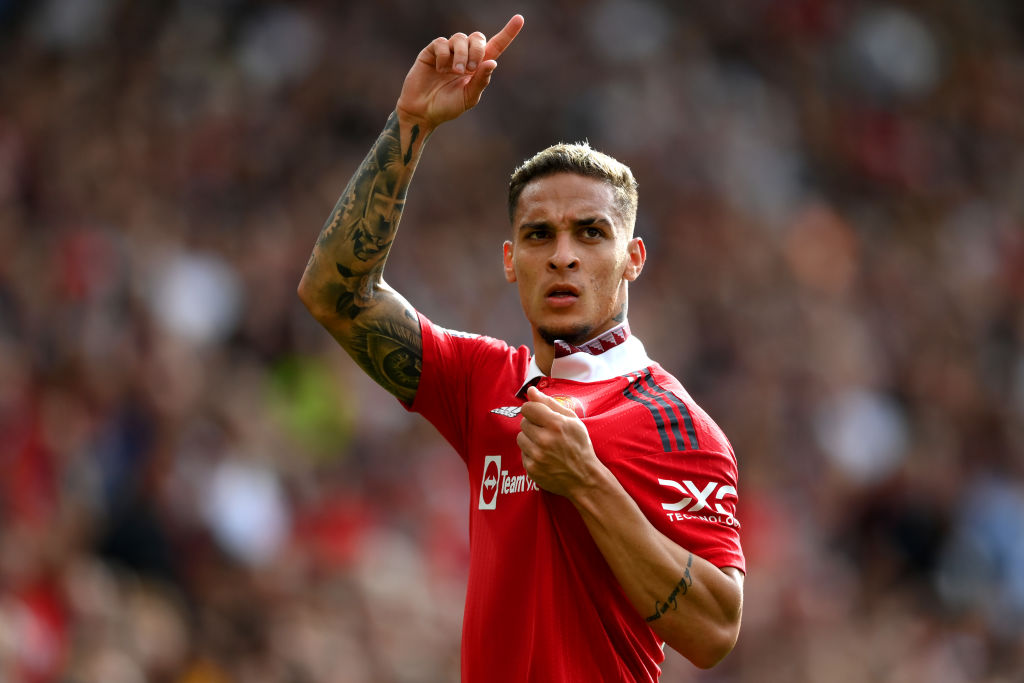 It didn’t take long for Antony to find his feet in Manchester United colours after he was unexpectedly handed his full debut by Erik ten Hag against Arsenal.

The Brazilian was thrown straight into the deep end this afternoon, with Ten Hag selecting the £84m winger to start at Old Trafford.

Antony, 21, had trained just twice with his new team-mates following his arrival in the north-west this week and Ten Hag has slowly bedded in the likes of Casemiro, who signed for the club a fortnight ago.

Cristiano Ronaldo has started just one of United’s first five matches this term and he watched on as Antony announced himself in perfect fashion by scoring the opening midway through an enthralling first half at the Theatre of Dreams.

The 37-year-old has been accused of being a negative presence at the club, particularly after losing his place in the starting line-up.

But the Portugal legend looked like Antony’s biggest supporter following the Brazilian’s goal, as he leapt to his feet to clap United’s new winger.

The first half was shrouded in controversy as Arsenal had a goal disallowed from Gabriel Martinelli.

The Brazilian expertly clipped one over David De Gea but it was chalked off after a VAR review.

Martin Odegaard was adjudged to have fouled Christian Eriksen in the build-up.