Which club might Cristiano Ronaldo join if he leaves Manchester United?

Wantaway Manchester United star Cristiano Ronaldo was targeted by a banner during an Atletico Madrid pre-season friendly amid rumours that super agent Jorge Mendes is attempting to mastermind a move to the Spanish capital. The Portuguese, who has history with Atletico’s arch-rivals, Real Madrid, is reportedly desperate to play Champions League football next season after the Red Devils finished outside the Premier League’s top four.

Ronaldo missed the whole of United’s pre-season tour for personal reasons, remaining in Portugal while the rest of the squad played four matches in Australia. Earlier this month, the 37-year-old reportedly asked to leave Old Trafford while facing a campaign without Champions League football for the first time in almost two decades.

With top sides hardly jumping at the chance to sign the former Real Madrid and Juventus superstar, Atletico links soon emerged despite the veteran’s loyalties to Los Blancos. However, club president Enrique Cerezo told Spanish radio this week: “I don’t know who invented this story about Cristiano Ronaldo to Atletico Madrid. It’s not true. It’s practically impossible for him to come to Atletico Madrid.”

Atletico fans made sure that Ronaldo had received the message during a pre-season friendly with Numancia on Wednesday, unveiling a brutal banner which read: “CR7 NOT WELCOME.” 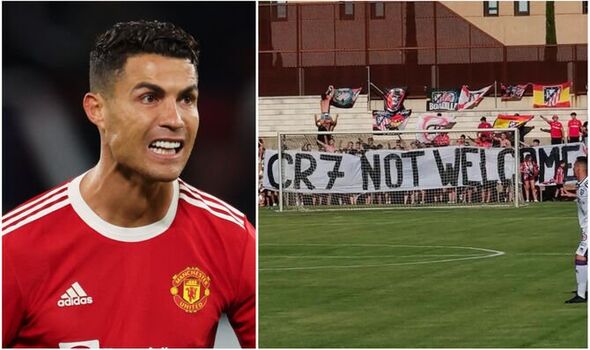 Red Devils boss Erik ten Hag has kept Ronaldo exit talk to a minimum so far this summer, insisting that he remains part of the club’s plans for the season ahead. The Portuguese signed a lucrative two-year deal last summer with a reported base salary of £360,000-a-week.

Ronaldo returned to Carrington on Tuesday after spending time in Portugal due to a personal issue. Legendary manager Sir Alex Ferguson was also in attendance as Ten Hag sat down with the player to work out their differences and decide how best to proceed.

Naturally, that meant that Ronaldo was not in Spain to witness Atletico’s banner first-hand as he was back at Carrington on Wednesday. The veteran forward watched on as United beat Wrexham 4-1 in a behind-closed-doors friendly, with Christian Eriksen getting on the scoresheet during his first runout in red.

Argentinian wonderkid Alejandro Garnacho was also amongst the goals, while Alex Telles and Amad Diallo rounded off the scoring. It is unclear whether Ronaldo will be given an opportunity to regain match sharpness before the new season gets underway, with the next pre-season friendly set up perfectly with Atletico on Saturday. 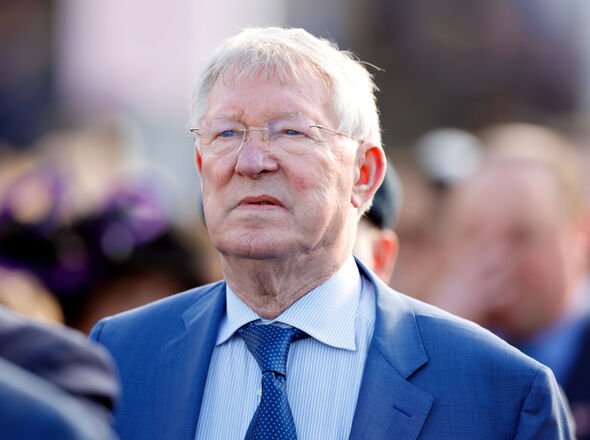