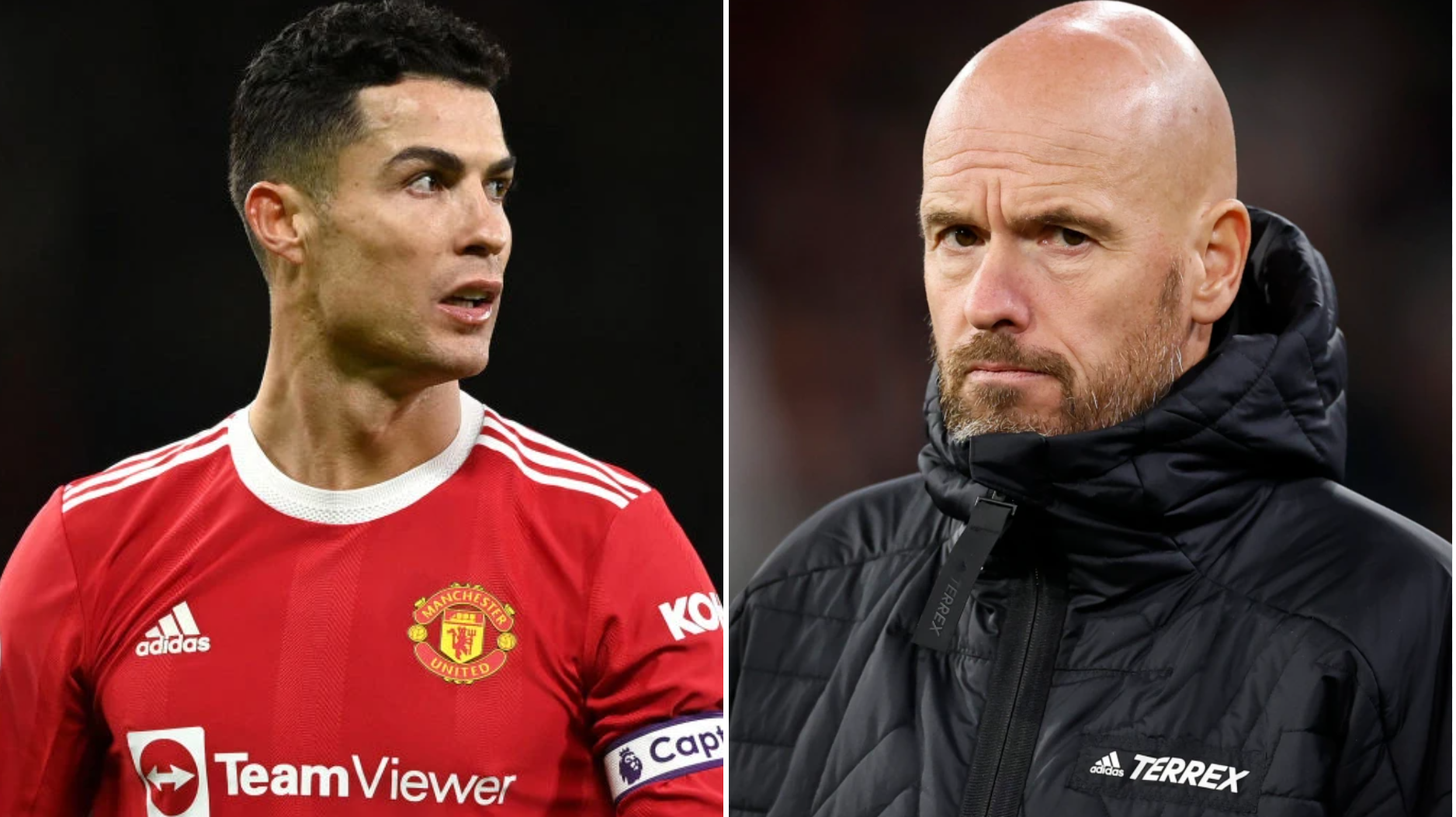 Cristiano Ronaldo is on his way back to the UK for talks with Manchester United over his future.

The 37-year-old is eager to leave the club after just one season back at Old Trafford with agent Jorge Mendes trying to engineer a move to a club competing in this season’s Champions League.

Ronaldo is still to return to pre-season training, citing ‘family reasons’, missing the club’s tour of Asia and Australia.

But The Athletic report the former Real Madrid star is now on his way back to Manchester to hold discussions with Erik ten Hag and the club’s hierarchy.

United maintain that Ronaldo is not for sale despite his efforts to find a new club.

The veteran striker is set to sit down with the club today but it is currently unclear if he will return to training on Tuesday.

Chelsea, Paris Saint-Germain, Bayern Munich and Real Madrid are among the clubs who have been offered the Portuguese with none of those sides willing to do a deal.

Atletico Madrid have also been approached with Ronaldo having no qualms over signing for Real’s fierce city rivals. Diego Simeone’s side however are unable to finance the move unless they offload players first.

Ronaldo is still to train under or even come face-to-face with ten Hag since his arrival in Manchester but the Dutchman has been insistent the player remains a key part of his plans.

Ronaldo has 12 months left on his current deal with an option to extend that by a further year – an option ten Hag has suggested the club will activate.

“I am well informed, he also has also an option (of another year),’ ten Hag said last week.

‘Yes [Ronaldo could stay beyond this season]. But to be honest, of course, I have signed here for three years, but in football it’s short-term as well. We have to win from the start. So I don’t look that far ahead.

‘I have a strategy, it’s a process, it takes time but in the end, we have to make sure from the outset there is a winning team.’