Cristiano Ronaldo is reportedly tempted by a return to Manchester United because he believes Lionel Messi will move to fierce rivals Manchester City. The Portugal international could leave Juventus behind as they look to balance the books in the wake of the coronavirus crisis. And Old Trafford might be his next destination.

Manchester United saw Ronaldo shine during his six years at the club.

Signed as David Beckham’s replacement in 2003, the Portugal international propelled them to three Premier League titles as well as back-to-back Champions League finals during his time at Old Trafford.

United have always been linked with Ronaldo ever since his departure for Real Madrid back in 2009.

But it could happen in 2021, with the Red Devils reportedly tempting the 35-year-old into a potential return.

And Argentinean publication El Grafico claim Ronaldo is open to moving back to United because he feels Messi may move to Manchester City from Barcelona next summer. 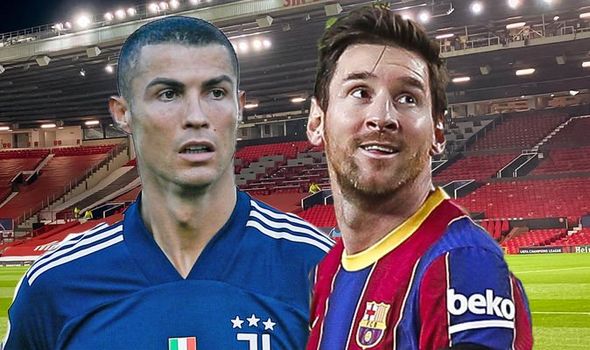 It’s said he feels his long-term rival will sign a two, potentially three-year deal at the Etihad Stadium when he becomes a free agent at the end of the campaign.

And Ronaldo might move back to the Premier League to try and outscore Messi should that happen.

United boss Ole Gunnar Solskjaer is open to re-signing Ronaldo, previously describing the Portugal international as ‘the best player in the world’.

And the Red Devils may be tempted to give the 35-year-old a final swansong, with the relationship between both parties not breaking down despite his exit 11 years ago.

Meanwhile, though Ronaldo and United still have mutual feelings of respect, pundit Andy Townsend thinks the Juventus star should join Manchester City instead. 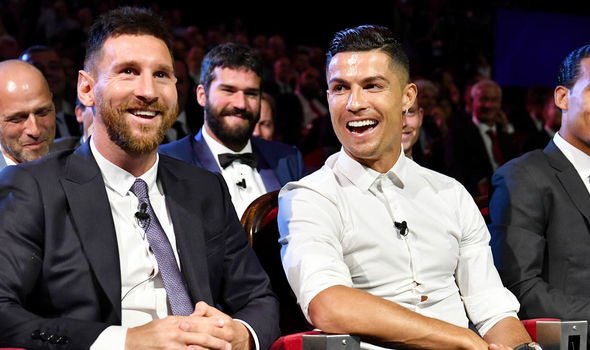 And that’s regardless of what happens with Messi.

“If you want goals then I think he’s still the ultimate goal machine,” he told talkSport.

“I know Messi and there has been so much mileage on the debate over the years but I still think Ronaldo still has the desire and want to be remembered as the greatest.

“He will in some people’s eyes but he won’t in others.

“He’s at that period where his eyes light up every time there’s a free-kick at whatever angle.

“Whenever he gets the chance to shoot he will. Even when others are better placed, forget that.

“He’s unbelievable in the air, which we’ve seen in a Juventus shirt already.

“If he became available and Juve wanted out on him and Man City needed goals for their team then I don’t think you should hesitate in going to get Cristiano Ronaldo.

“He’s 35 and I still think he’s got 18 months in him. If he came to Man City and the way they play I think he could go there and get 25 in his first season.”