Cristiano Ronaldo has been in remarkable form for Juventus under Andrea Pirlo this season. However, reports in Spain suggest the Old Lady are ‘dreaming’ of naming Zinedine Zidane as the Italian’s replacement. The pair previously worked together at Real Madrid, helping the La Liga giants win the Champions League three years in a row between 2016 and 2019.

Ronaldo has scored 16 goals from 18 Serie A matches this season, while also clocking up three assists along the way.

Pirlo’s side have recently returned to form, though did slip to a disappointing defeat against Napoli on Saturday.

And OKDiario say the club are contemplating whether to part ways with the Italian at the end of the season, with Juventus far from their best under his guidance. 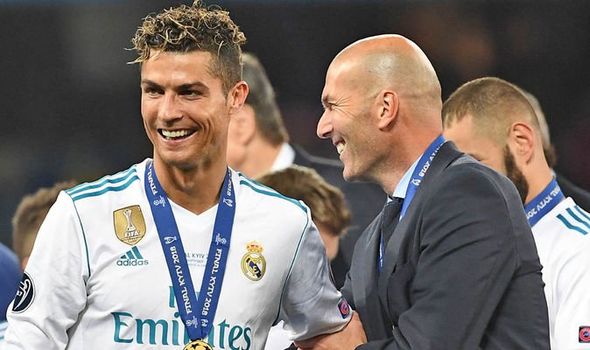 The Frenchman is looking increasingly likely to leave Real Madrid at the end of the campaign, having struggled to get the best from his players at the Bernabeu this term.

They’re likely to miss out on the La Liga title to fierce rivals Atletico Madrid, who have been sensational under Diego Simeone so far.

As a result, Real and Zidane appear to be heading towards a parting of the ways come the summer.

And Juventus are ‘dreaming’ of reuniting the 48-year-old with Ronaldo.

Zidane was first appointed as Real boss in 2016, replacing Rafa Benitez, and immediately got the best from the Portugal international. 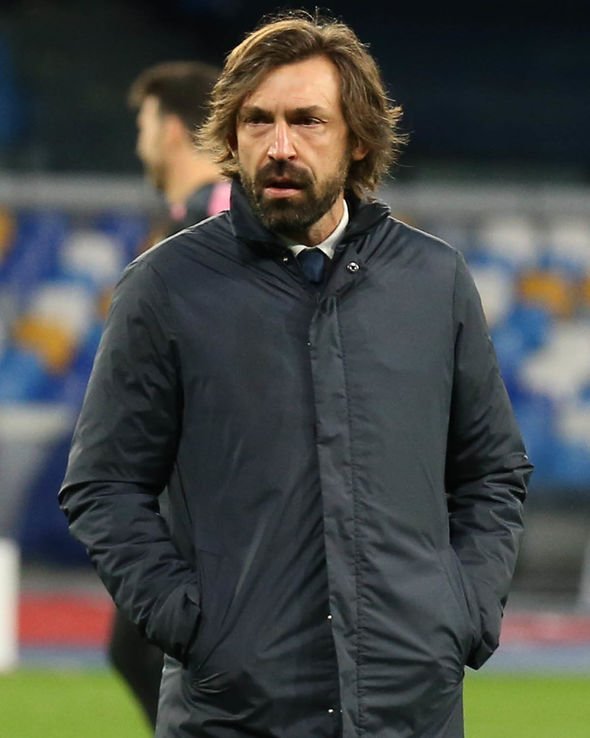 Ronaldo propelled the La Liga giants to three Champions League crowns on the spin during Zidane’s reign in charge, scoring 137 goals during that time.

And, now, they could be about to be reunited in Turin.

Meanwhile, former Juventus star Alessio Tacchinardi has defended Pirlo and insisted the club are on the right track under his guidance.

“I think they have to get it over with!” he said.

“It’s too easy to criticise all the time, you have to compliment a guy who has just started training and rightly tries to bring home the result. 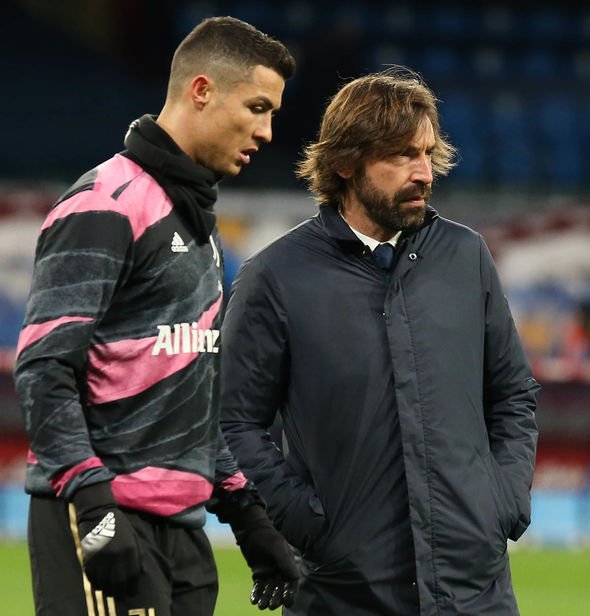 “Here, however, nobody is ever happy with anything. You have to stop making judgments. on Pirlo, he is a smart and good coach, he will go on.

“To those who criticise him for the five defenders put in in the last minutes, I say I would have put ten!

“Pirlo has already won one more Super Cup than many other super-renowned coaches who they have nothing on their bulletin board.”

Pirlo recently hailed Ronaldo, admitting he was stunned by the 36-year-old both on and off the field.

“He still has great passion, he has fun and wants to win.

“It’s the main thing when you get to play football at 36, when you’ve won everything and beat all records.

“If you still have this desire and ambition it means that you are truly a hero.”