Manuel Neuer’s decision to wear a rainbow armband at Euro 2020 has been described as “really significant” by his fellow goalkeeper Chloe Morgan.

Germany skipper Neuer has worn the armband to show his support for the LGBT+ community during Pride Month as the team faced France, Portugal and Hungary in Group F, en route to a last-16 meeting with England at Wembley next Tuesday.

UEFA investigated whether it could be viewed as a political statement before concluding there would be no disciplinary proceedings, given Neuer was “promoting a good cause”. 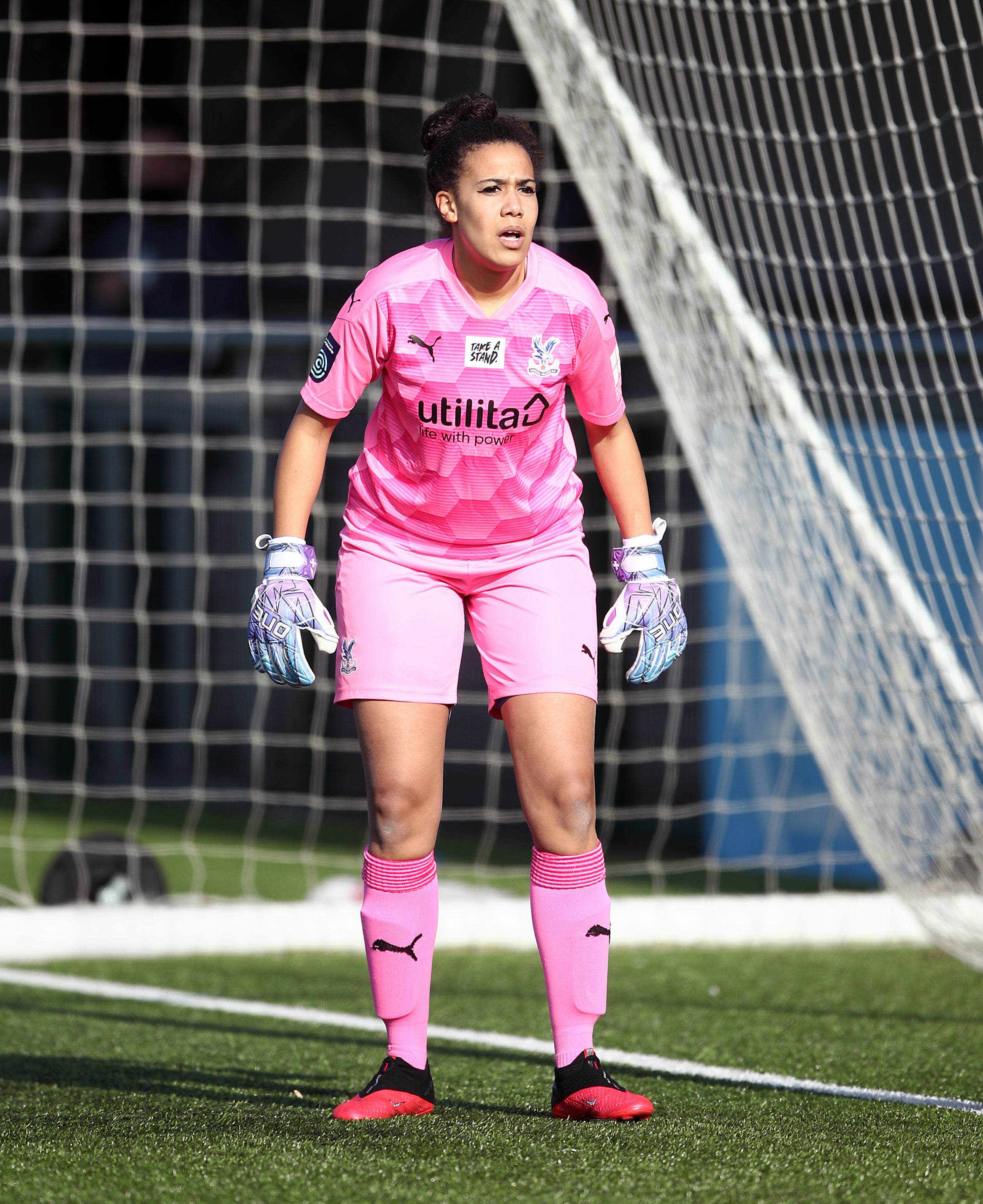 The governing body subsequently declined a request by Munich’s mayor Dieter Reiter for the Allianz Arena to be lit up in rainbow colours when Germany played Hungary there on Wednesday. 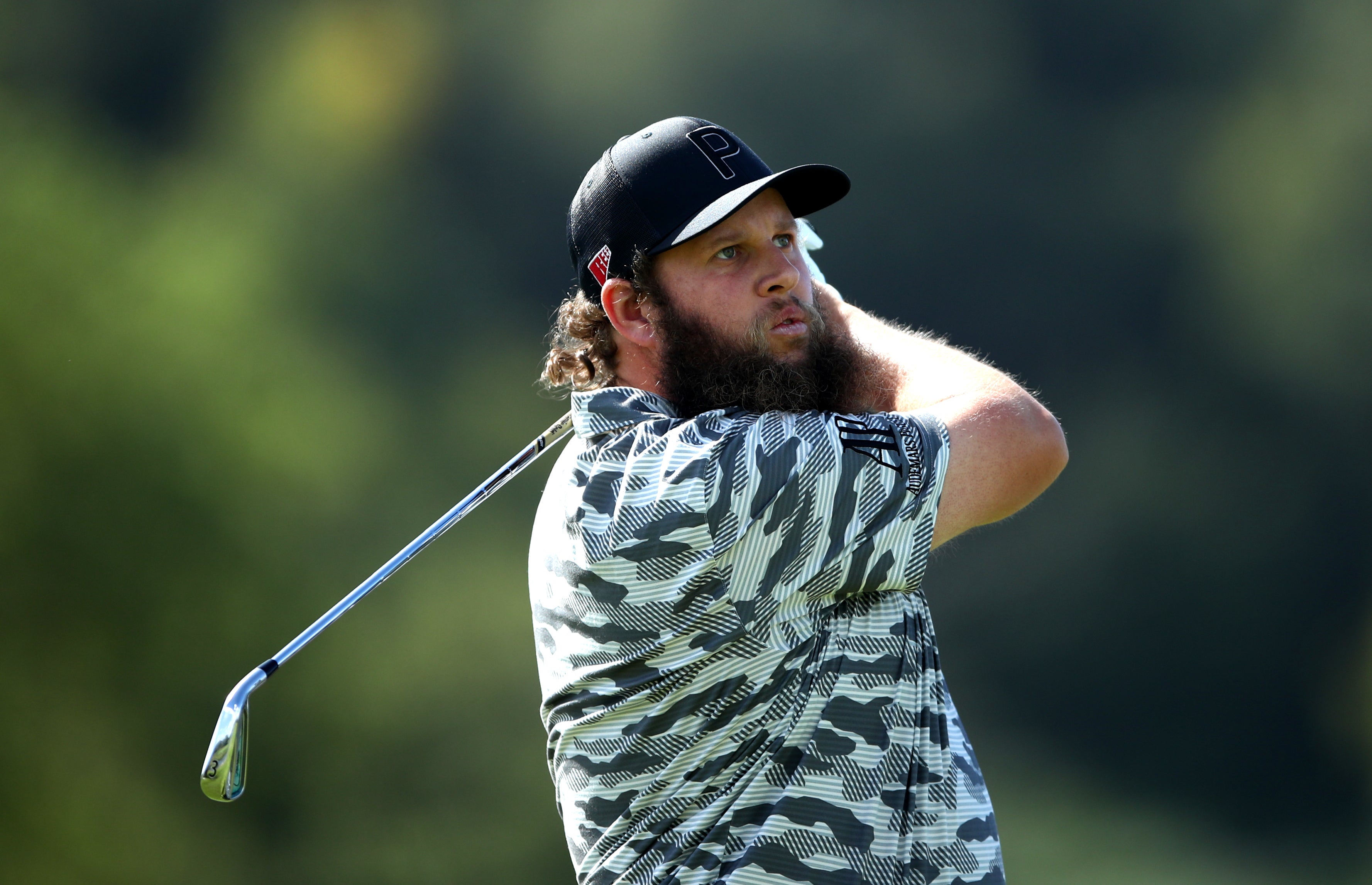 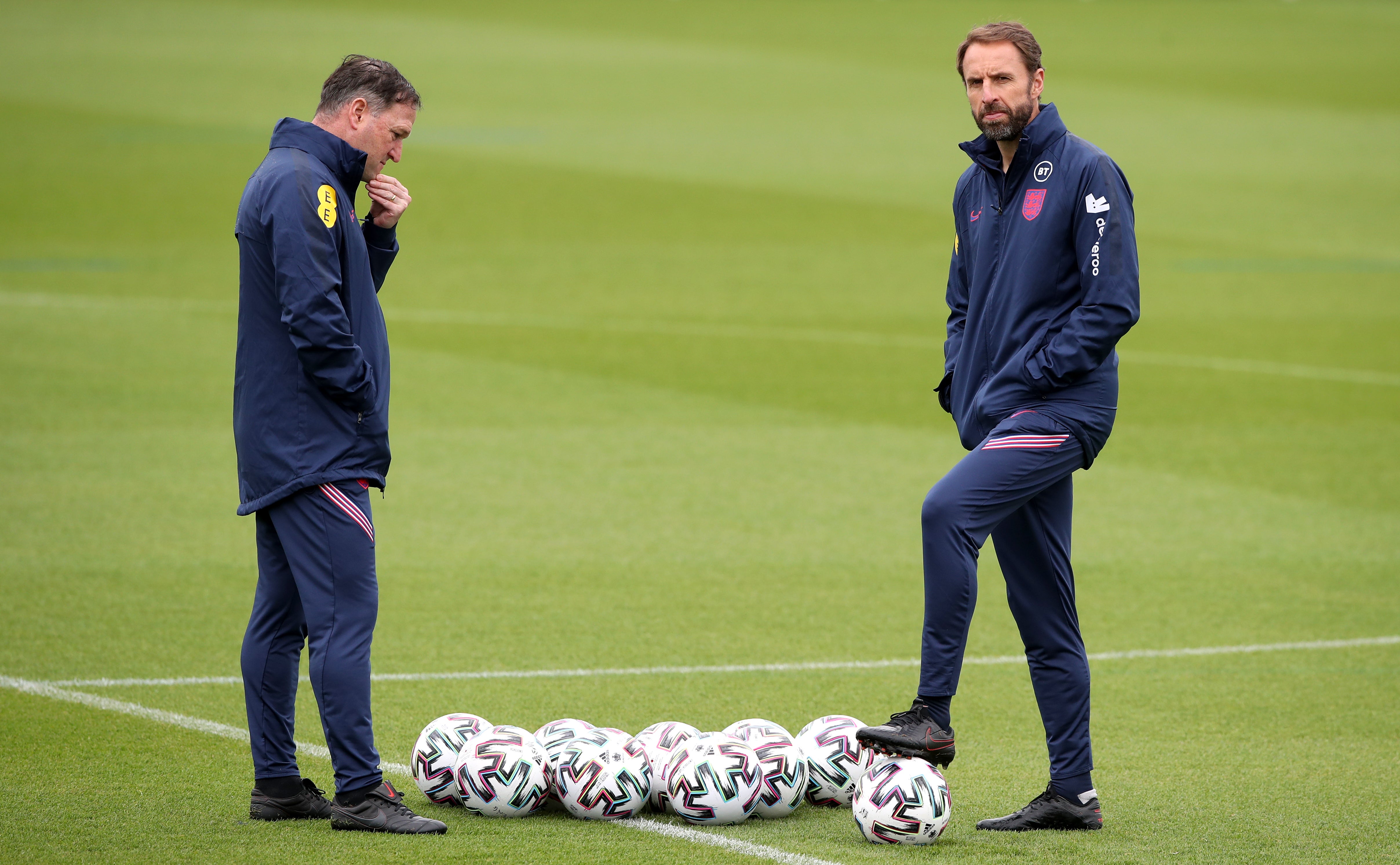 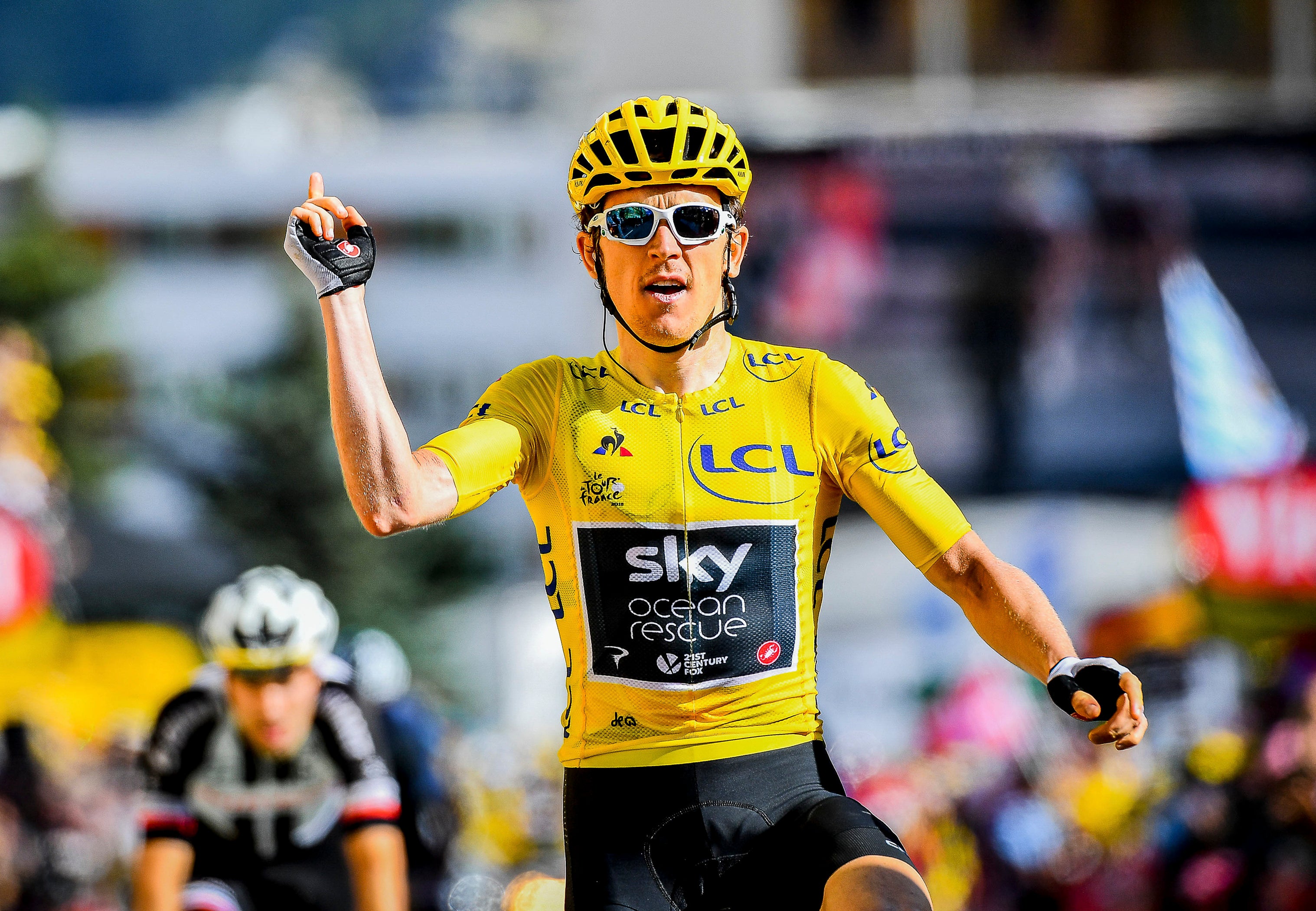 Regarding Neuer’s armband, Crystal Palace Women goalkeeper Morgan, a member of the LGBT+ community, told the PA news agency: “I thought it was amazing.

“I always think it’s amazing when you’ve got a sportsperson with that kind of platform who’s willing to stand up and take a stand, especially in terms of UEFA’s decision to not highlight the stadium in the Pride colours.

Him wearing the band sent out a massive signal to the LGBT+ community that he is an ally.

“I think it’s really significant. I think when you’ve got someone who is very much in the public eye and is one of the top goalkeepers in the world, and you look at the coverage that will be around the fact he did that…I would see probably other sports stars starting to do the same and take a stand, even where you’ve got big organisations like UEFA who aren’t taking a stand.

“So that was a big thing for him to do. It might have ended up with him getting into quite a bit of trouble, but I think it was really important for the LGBT+ community to see someone who was standing up. I definitely felt a sense of allyship in him doing that for the community.”

UEFA said its decision regarding the stadium was due to “the political context of this specific request – a message aiming at a decision taken by the Hungarian national parliament.”

A law recently passed in Hungary bans the display and promotion of homosexuality to under-18s in the country.

Amid criticism of its rejection of Reiter’s request, UEFA then defended the decision on Wednesday as its Twitter avatar was changed to show rainbow colours. UEFA said it was “proud to wear the colours of the rainbow…a symbol that embodies our core values” before reiterating that Reiter’s request was political.

Morgan said of UEFA: “I think the most worrying thing is just the inconsistency with their approach.

“On one hand they’re releasing statements to say how supportive they are of the LGBT+ community and putting the Pride colours on their logo, and then on the other, when you have the illumination of the stadium, I appreciate its the Hungary game and there’s the recent legislation, but that would’ve been a big stand, to say ‘regardless, we’re supportive of the LGBT+ community’.

“I think it’s quite a haphazard approach to the issue. I think a lot of people would say support of the LGBT+ community is not a political thing, it should be the default position.

“Anything they can do to convey that message that they are in support of the community they should be doing. They shouldn’t be ‘we agree with the armband but not with the stadium’, or ‘we’ll agree with this certain thing but we won’t with this’, it should be a consistent approach.”

While the stadium illumination did not happen on Wednesday, rainbow colours were displayed by a number of fans at the game, including one who ran on the pitch holding a rainbow flag during the Hungarian national anthem. 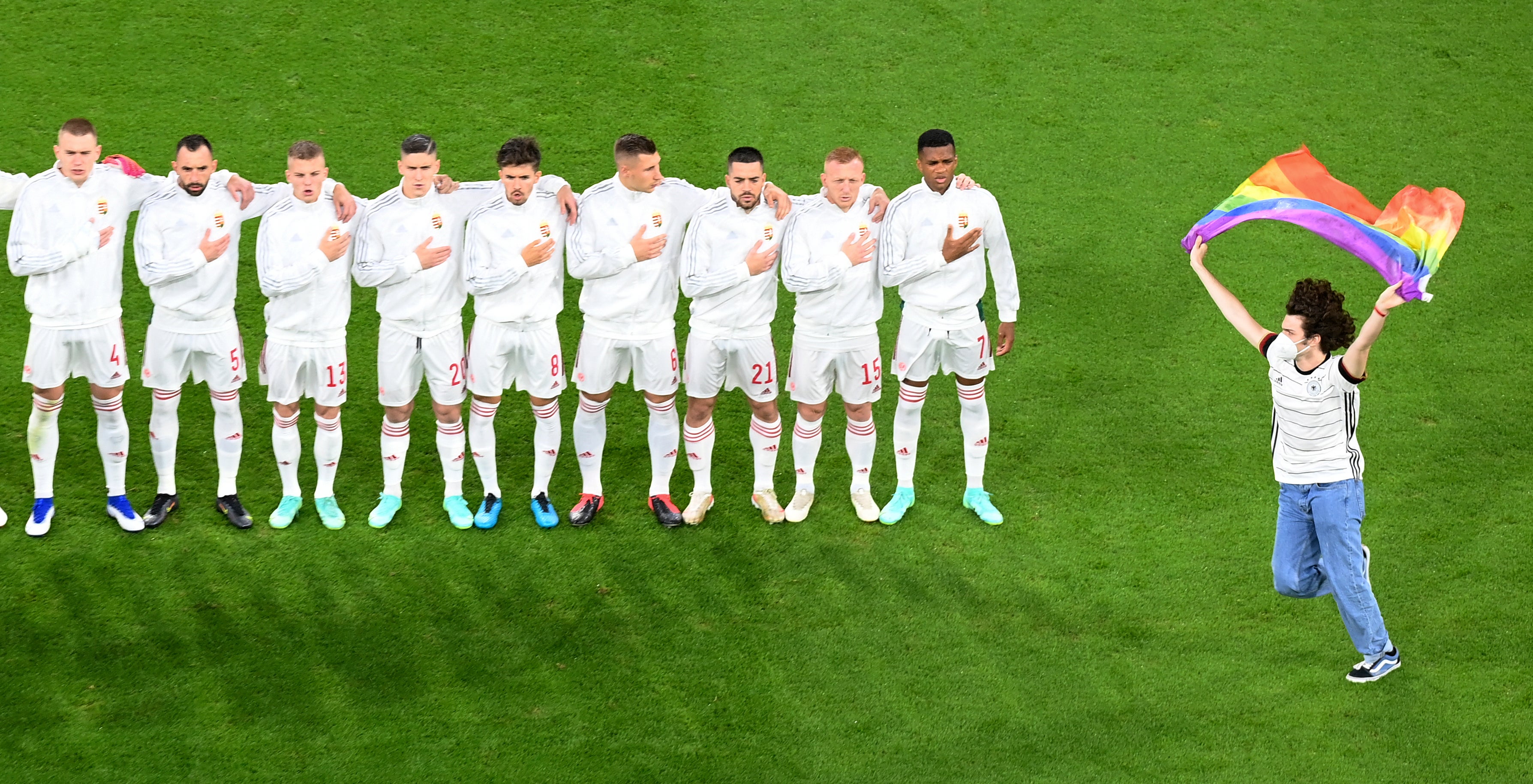 Morgan, a diversity and inclusion champion who in April was named sports star of the year by DIVA, a magazine for LGBT+ women, said: “I think, in men’s football especially, the LGBT+ community haven’t felt historically that safe.

“Obviously we still don’t have a professional (active) male player to have come out yet (in English football), and I think that probably is through fear of the repercussions, maybe the backlash they might get from fans.

“I think it was such an important mark then to see the fans being so supportive of the LGBT+ community and creating an atmosphere promoting inclusion and diversity. That’s something that’s still quite rare.

“I’m hoping the takeaway point from what’s happened is you start to see more fans, clubs, stadiums being much more inclusive in creating that safer environment for the LGBT+ fans community and also the players.”