Premier League and EFL clubs are scrambling to recruit additional stewards after being told all fans must show proof of full vaccination or a recent negative Covid test from next week.

Most clubs have been carrying out random spot-checks on fans’ Covid status all season, but they will become mandatory at grounds with a capacity of more than 10,000 after the Government moved to their Plan B.

Preparations have been taking place since August due to clubs’ desperation to avoid matches being played behind closed doors or with reduced crowds. 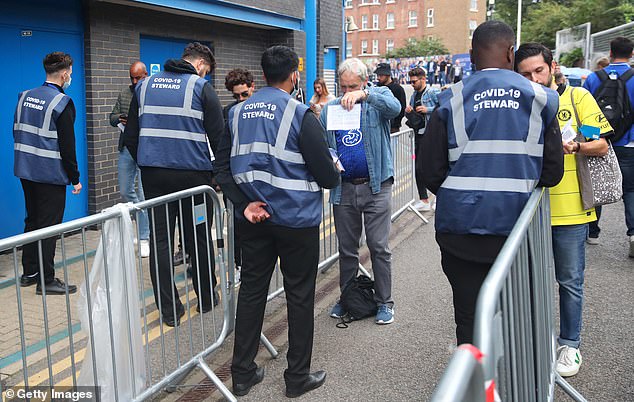 They are confident they can operate the vaccine passport system but it will present big challenges, particularly the need to bring in more time-consuming checks before fans enter grounds.

Sportsmail has learned that several clubs were already struggling to hire stewards due to poor pay and working conditions.

Some top-flight clubs have introduced electronic entry systems which allow fans to attach the vaccine passport to their ticket, but these have not been implemented universally.

The Government have given mass entertainment venues seven days’ notice to move to the new system, a deadline that coincides with a full round of Premier League fixtures next week. 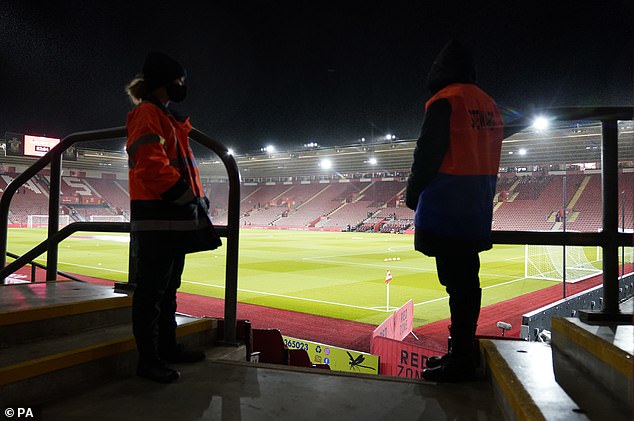