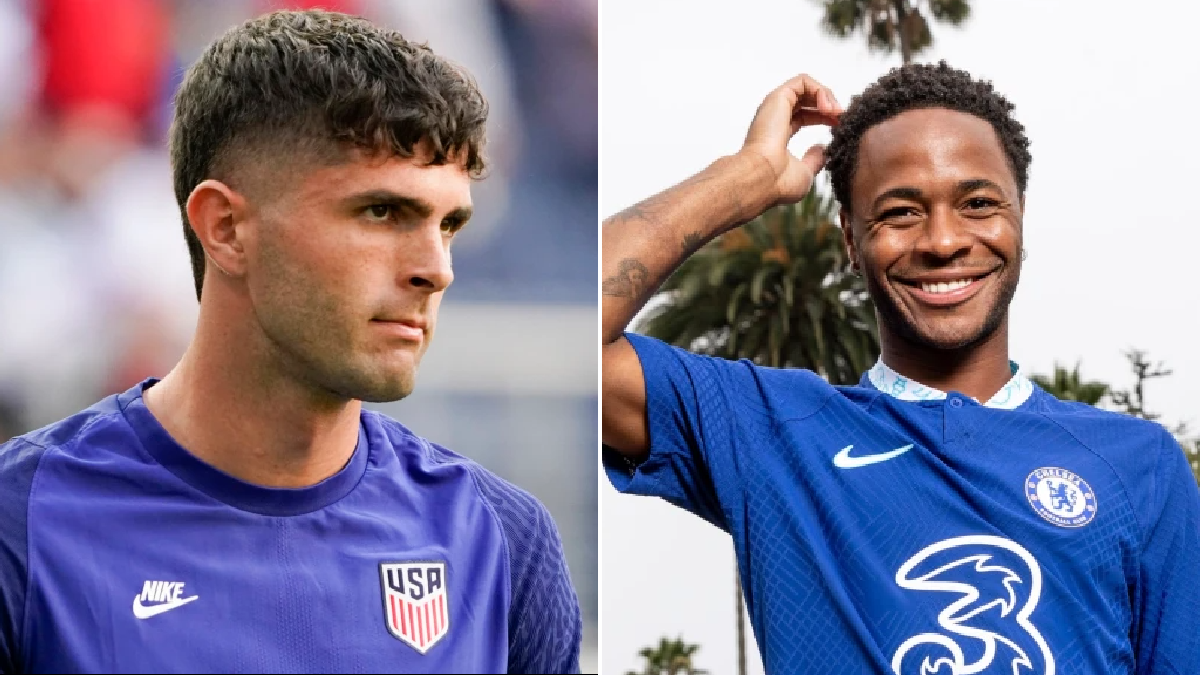 Christian Pulisic insists he is ‘exited’ by the arrival of Raheem Sterling at Chelsea and says he will ‘thrive’ off the strong competition for a place in Thomas Tuchel’s side.

Chelsea completed their first summer signing this week as Sterling joined in a £47.5 million deal from Manchester City.

Pulisic, meanwhile, has been hampered by injuries since his £58m move from Borussia Dortmund in 2019 and started just 13 games in the Premier League last season.

The United States international’s chances of regular playing time could be reduced following the arrival of Sterling, but the 23-year-old is adamant that Chelsea’s players should expect stiff competition.

‘The beautiful thing about being at a club like this is the competition every single day.

‘It doesn’t change a whole lot [for me], I’m still going to have to play hard and earn my position, just like I did before, nothing crazy has changed.

‘This is Chelsea, this is what you signed up for, this is the kind of club it is with the calibre of players that we have.’

Meanwhile, Tuchel has confirmed that Sterling is unlikely to take part in Chelsea’s first pre-season friendly against Club America in Las Vegas on Saturday evening.

‘It is not the moment that he joins full team training in every minute on the pitch.

‘For Raheem, we have not decided the line up but he did not train every minute with the team so it is not very likely that he will play.’