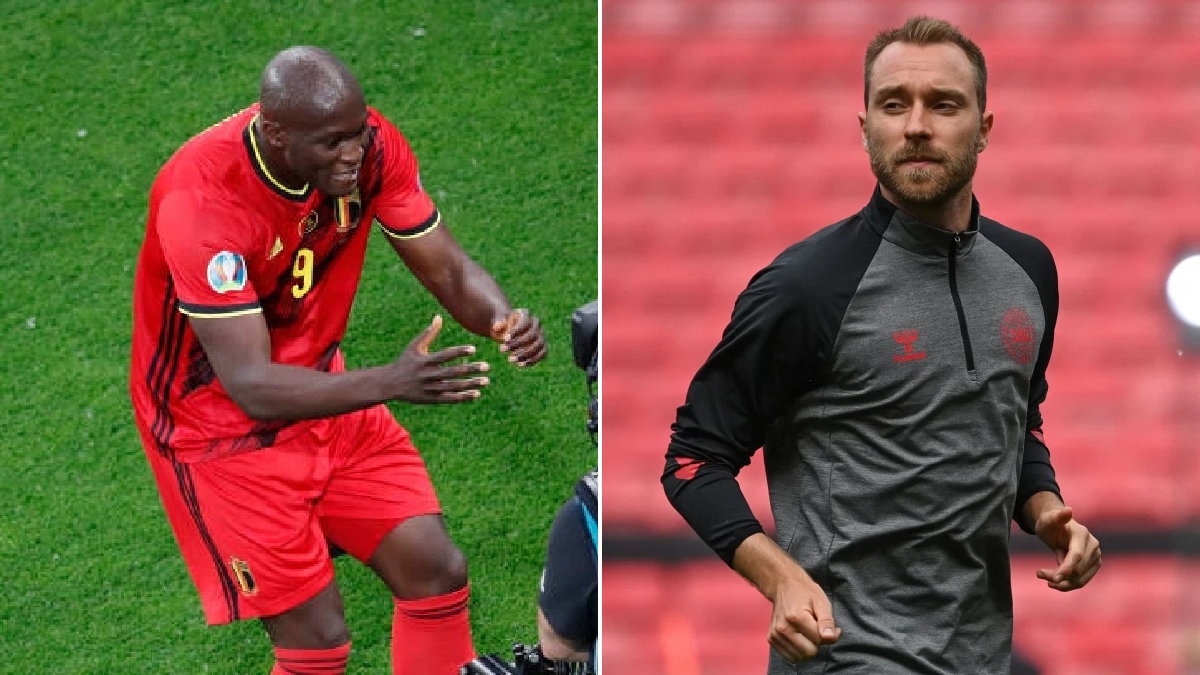 Romelu Lukaku paid a touching tribute to his Inter Milan team-mate Christian Eriksen, who collapsed earlier on Saturday, after scoring Belgium’s opener in their Euro 2020 clash with Russia.

Lukaku, the former Manchester United, Everton and Chelsea striker, fired Belgium in front inside the opening 10 minutes and sprinted over to a television camera.

As he approached, the forward aimed his face into the screen and shouted: ‘Chris, Chris… I love you.’

Eriksen had earlier fell to the floor during Denmark’s opener against Finland.

The former Tottenham Hotspur playmaker was resuscitated on the pitch, with players and fans watching on in distressing scenes.

Things didn’t go their way upon their return as they lost 1-0.

Finland took the lead early in the second half after a header from Joel Pohjanpalo.

Denmark had the opportunity to equalise moments later but Pierre-Emile Hojbjerg saw his tame penalty saved by Lukas Hradecky.

Belgium tightened their grip on their game, with Thomas Meunier – the Borussia Dortmund right-back – scoring a second after 34 minutes.