However, the 11 men who took the field were greeted by loud boos as they knelt in support of the game’s anti-racism campaign before kick-off, just as England’s players had been jeered by some of their own fans ahead of their games against Austria and Romania. 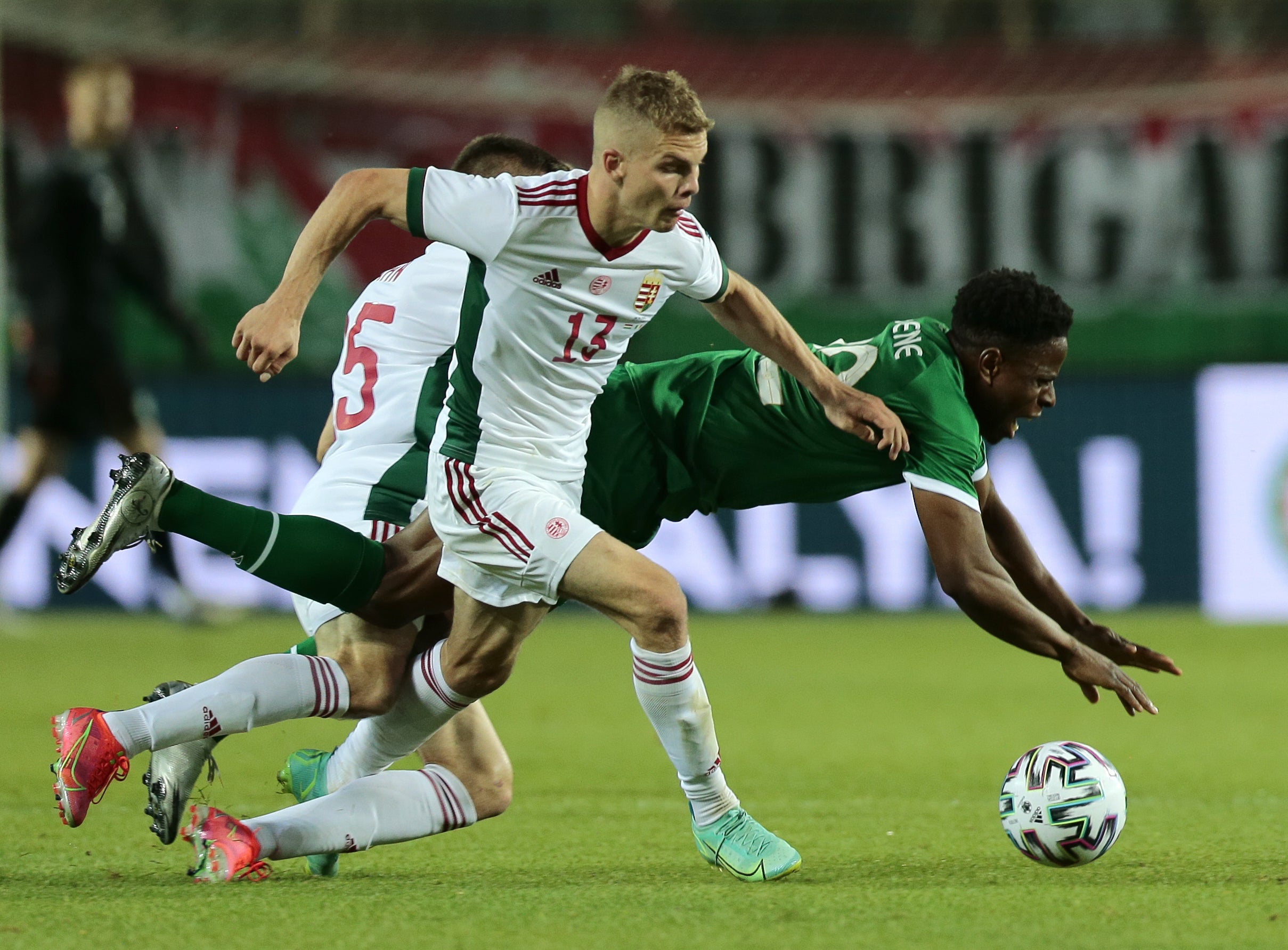 has called on UEFA to take stronger action over racism in football after the Republic of Ireland’s players were booed for taking a knee in Hungary.

Ogbene said: “I try not to worry about it. I just focus on ourselves. I feel like the group we have, it is diverse and everyone is together.

“We hope that UEFA will take stricter action and find a solution. It is a difficult task because it has been going on for many years. We won’t find a result or solution overnight.

“I am so happy we continue to show how important it is to accept everyone for who they are and just educate people, and I am so proud of the team.”

Asked if he had been disappointed at the manner in which the gesture was greeted, Ogbene added: “Yes, I was obviously disappointed because we all go through different stories and different histories in our lives.

“This is something that black people have been fighting for many years, discrimination and racism. There is no place in any sport, any place.

“I was quite disappointed. It is what it is. We stayed strong and I’m so happy that we as a team took the knee to show solidarity between us all.”

Ogbene might have had the final say in a tight game when, seconds after his introduction, he found himself in on goal, but lashed his shot into the side-netting from a tight angle.

He said: “Early on in the game, I was just hoping to come on and get the opportunity to score in front of their fans.

“Maybe it is the best thing that it didn’t happen because I might have let my emotions get the better of me with any sort of celebration I would have done.”

Ogbene was born in Nigeria, but his family moved to Cork when he was seven, and his pride at paving the way for other players to wear the green shirt was clear after his debut.

He said: “To be titled the first African-born, I’m really blessed and it’s a huge honour, something that I want to inspire everyone else to, to follow their dreams.

“I have got the first taste of it and I am hungry for more. I don’t want to miss this opportunity and I will do everything I can to be an option for the manager.”