Chelsea defender Ben Chilwell insists he is not going to get into a lather about facing on-form Riyad Mahrez in Porto. The Manchester City winger used to reveal all the secrets about how to defend against him in the showers at Leicester.

Chilwell was just a reserve player watching on from the sidelines when Mahrez mesmerised defences on the way to helping the Foxes to their unexpected 2015-16 Premier League title.

But over the following seasons he began to break into the first team and had built up a rapport with the Algeria international from their regular training ground battles before Man City finally came calling two years later.

“It’s spoken about a lot how close the dressing room was at Leicester when the team won the league,” Chilwell said.

“Me as a young player coming into the dressing room that season and seeing the mentality of the group and what it takes to win a Premier League.

“Andy King is always the first person I mention in terms of being good to me but the whole team were really good at giving advice. 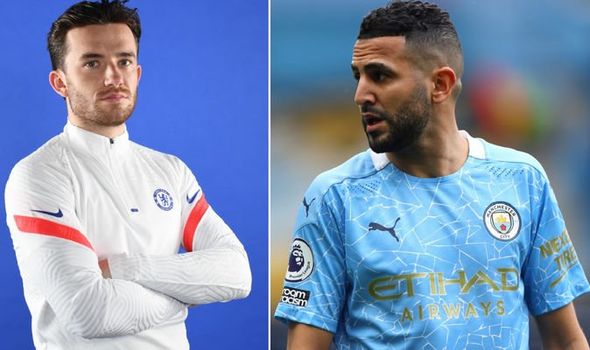 “In training we did have battles most days because I’d be playing up against him a lot and then Riyad and I would always stay out after training and practice together.

“He’d always give me advice help me out, tell me about players in my position he’s played against and tell me about their strengths and where I could improve.

“It was always positional stuff, getting the best out of me going forward, as a winger what he doesn’t like to play against facing a full-back.”

But before Mahrez despairs that every one of his tricks for the final has gone straight down the plughole, Chilwell still expects to be in for a few surprises. 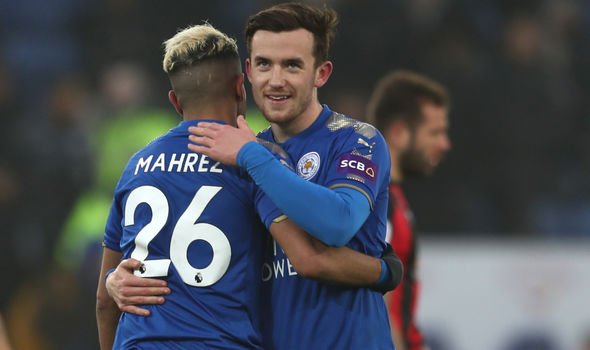 “It was three or four years ago and he’s had one of the best managers in the world since then [in Pep Guardiola] so I am sure quite a lot has changed,” he said.

“The whole footballing world knows the quality he has. This season especially the confidence has come back and the quality seems to be high. He’s playing well in the big games – he had two great legs in the semi-finals.

“I’m looking forward to playing against him. I’m sure he’ll be saying the same. It will be nice to see him after the game or before – although we’re not going to be friends during it.”

Chilwell will have plenty of those in the stands in Porto – including his Leicester youth team club captain Matty Miles.

“I actually spoke to him yesterday,” Chilwell said. “He was 17 when he got released and we’ve stayed very close since.

“He was talking yesterday and he said to me, ‘Could you imagine when we were playing in the youth team at Leicester that you’d be playing in a Champions League cinal in a few years time?’

“We had a little laugh about that.”

It will be deadly serious for Chilwell tomorrow night of course. Otherwise, like so many left-backs up against Mahrez this season, he is likely to find himself being thoroughly rinsed.