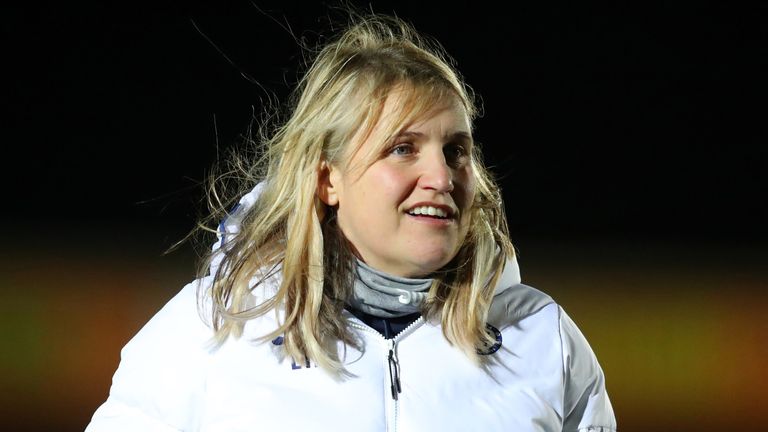 Chelsea boss Emma Hayes says the WSL title race will “go to the wire” and the Continental Cup final will have no bearing on the outcome.

Hayes’ side are second in the table following Sunday’s 3-3 draw at leaders Manchester City and take on defending champions Arsenal in the first final of the season at the City Ground in Nottingham this weekend.

The WSL title race is wide open with Chelsea a point behind City while Arsenal are just three points further back, and like Chelsea have a game in hand.

“I thought it was a great advert for the game – at least everybody told me that,” Hayes said of the draw at City.

“I think it is a point gained in the grand scheme of things because it will go to the wire for the title race and I’d rather be in that position than the one that doesn’t have that control.”

Arsenal have an affinity with the League Cup having won the competition five times and reached the final in eight of the last nine years while Chelsea have yet to lift the trophy. Chelsea produced a memorable performance to beat Arsenal 4-1 in the WSL in January but Hayes is expecting a harder game at the weekend.

“This is Arsenal’s trophy, this is the one they’ve won the most in recent years,” she said. “So I expect a fight, I expect an aggressive Arsenal performance. I expect them to go around us on the outside of the pitch unlike the last game.

“I think they will defend their title with all their might.

“They’ve got quality even with injuries and I think this will be a much, much tougher game than the league game we played at Boreham Wood.

“Getting to this final has been our challenge, you can’t win something you’re not in.

“It’s the first one of the domestic campaign so of course it matters. Does it influence things either side of that? I don’t think so.