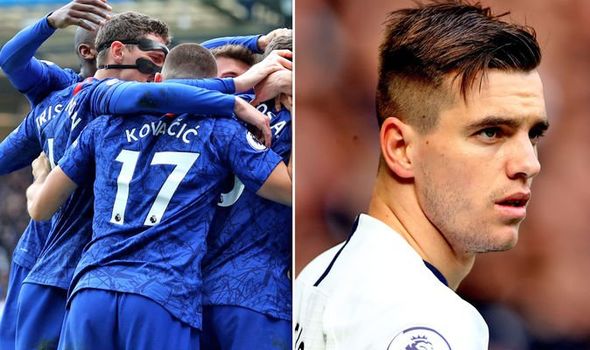 Chelsea produced their best performance in some time against Tottenham. But, for the second time in a week, the Blues were on the receiving end of a big VAR mistake. The incident at Stamford Bridge may just be the worst of the season so far – it’s a joke it was allowed to happen.

Chelsea were good value for their win over Tottenham, with Frank Lampard’s side easily outclassing Jose Mourinho’s in west London.

Olivier Giroud opened the scoring in the first half with a powerful low finish that swerved beyond the reach of Hugo Lloris.

And, in the second, Chelsea made sure of the points with Marcos Alonso’s fizzing drive also find the net.

It was a good afternoon for the Blues, whose hopes of a Premier League top four finish have now been boosted. They survived a scare late on when Antonio Rudiger scored an own-goal but they managed to hold on.

But the VAR incident will leave a bad taste in their mouths, despite picking up all three points.

Giovani Lo Celso should have been sent off. 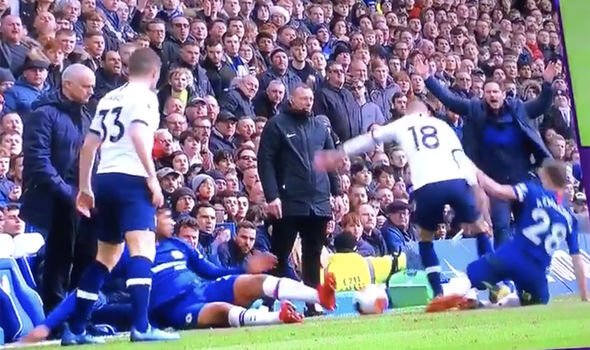 He went for the ball – but got none of it – by going in hard on Chelsea captain Cesar Azpilicueta.

His studs were up and the replays didn’t look good.

It looked a nailed on red card. Sure, he’s entitled to go for the ball. But the fact is he didn’t get it – and left his rival sprawled out on the turf in anger.

Everybody inside Stamford Bridge was stunned when, after VAR was checked, it was decided that Lo Celso had done nothing wrong.

And it is something that will raise yet more questions and stir more debate surrounding the technology.

VAR is contentious, controversial and divisive. 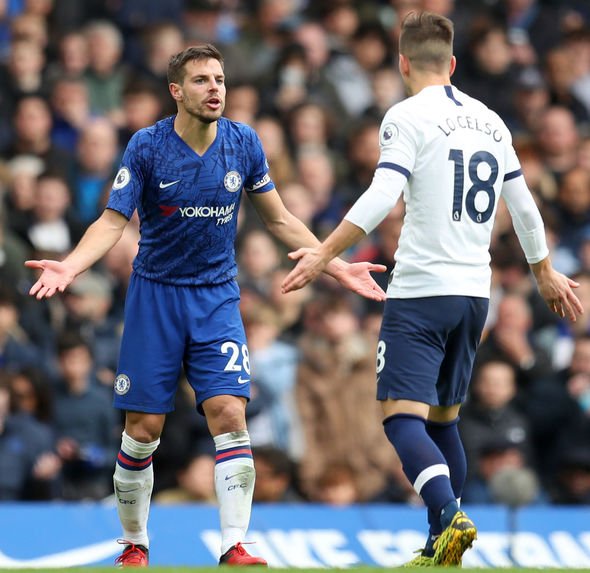 And it failed this afternoon, with Lo Celso clearly deserving of a red card for his moment of madness.

The Argentina international went in angrily and the decision to reprieve him must be the worst use of VAR yet.

Why wasn’t Michael Oliver, the referee for the showdown, standing by his monitor to watch the incident?

VAR may yet have its uses but, on Saturday afternoon, it’s stock has fallen among fans once again.

“VAR appear to have given up on the whole concept of Red Cards,” said a second supporter.

And a fifth chipped in with: “Still fuming at VAR. What a broken system.”