James Maddison felt Chelsea’s weakness of defending set-pieces was there to be exploited as Leicester City claimed a 2-0 win over Frank Lampard’s side on Tuesday evening. Victory for the Foxes lifted them to the top of the Premier League table, with Chelsea slumped in eighth position.

Brendan Rodgers’ men captured the lead from a short corner routine, resulting in Wilfried Ndidi beating Edouard Mendy with a strike from distance.

Maddison doubled Leicester’s advantage four minutes before half-time with a cool finish into the bottom corner.

Explaining how the Foxes executed their game plan against the Blues, Maddison told Sky Sports: “We [saw] they switch off sometimes from set pieces and we knew that was something we could pick on. 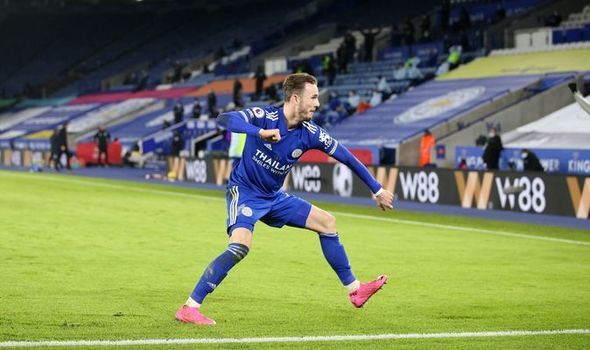 “We haven’t scored enough goals from set pieces. I’m pulling my hair out sometimes as the corner taker! You look at the stats that come up, it says ‘goals scored from set pieces, Leicester City bottom of the table’, so it’s really nice to see one come off. A bit of a relief, actually!

“We work hard every time at stifling the opposition’s threats, and I thought we did that brilliantly.”

This result further increased pressure on Lampard, with his side currently experiencing a wretched run of form.

Chelsea have lost five of their previous eight league matches, prompting serious questions relating to the future of the Blues’ boss.

Disappointed with his team’s performance at the King Power Stadium, Lampard expressed his ‘worry’ at recent results. 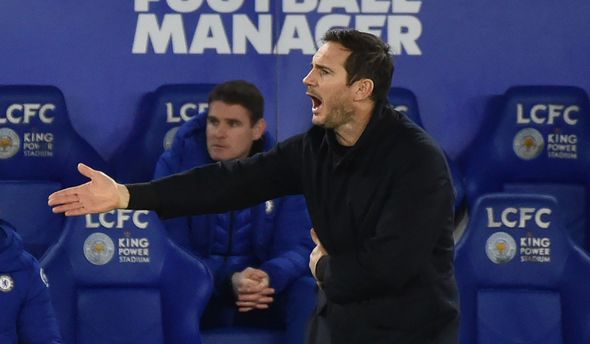 “I’m worried. Five losses in eight, that’s not where we want to be,” continued Lampard.

“It takes character to turn from that. It’s a big lesson for some of the players in there: if you come off it and think you’re fine, all of a sudden, you’ve got a lack of confidence and you’ve got to get yourself out of that hole.

“There are players who are not playing as well as they should be, that’s a simple fact. ‘I’m disappointed with both the goals. We know we can compete with Leicester when we are playing well but when you go 2-0 down and you are in a difficult period of form it affects the game hugely. The general theme of our performance was slow and sluggish.”