Chelsea vs West Brom LIVE: Mason Mount is BENCHED after his England exertions as Timo Werner gets a chance to make up for his horror miss for Germany with a start alongside Hakim Ziyech

Thomas Tuchel’s unbeaten start as Chelsea manager has seen them rise into the top four and three points here would create a five-point gap to West Ham in fifth.

The Baggies are second bottom and 10 points adrift of safety and will require. a miracle in their final nine matches of the season to survive.

West Brom looking the sharper in the opening 10 minutes and they win a corner in front of the Matthew Harding Stand.

It’s whipped in to the near post by Matheus Pereira but again his delivery is poor and it’s cleared by the first man.

Chelsea looking a little bit rusty at the back there and it’s Jorginho who gives the ball away and it lads to Thiago Silva getting booked and conceding a free-kick right on the edge of the box as he pulls back Pereira.

The free-kick is curled disappointingly into the wall by Pereira. 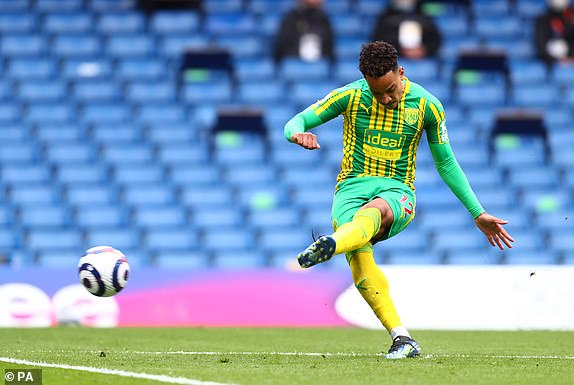 West Brom snap into life and there’s the first half-chance of the game. Matheus Pereira takes aim from outside the box, firing straight at Mendy, but there’s a sign of intent. Good strength from Diagne to tee that one up and something for Chelsea to think about.

Chelsea seeing plenty of the early possession as you’d imagine. A really good cross from the right flank by Hakim Ziyech aiming for Timo Werner in the centre but it’s headed away.

The hosts rebuild and come again and this time it’s Christian Pulisic who attempts the cross, overhits it and there’s a moment of respite for the Baggies. 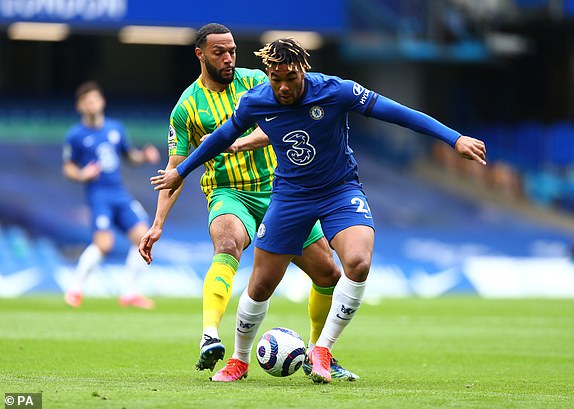 The two teams take the knee and then the action gets underway at the Bridge. David Coote is today’s match official.

Will this meeting be as thrilling as the 3-3 draw they played out at The Hawthorns earlier in the season? We’d take that I’m sure.

It’s time for the Premier League to resume once again and we’re into the defining two months of the season.

The Baggies, in their green and yellow change colours, have emerged from the temporary away team tunnel at Stamford Bridge and take the field.

Chelsea emerge from the normal stadium tunnel and take their positions for the pre-match formalities.

A cold, grey day in the capital but plenty to play for at both ends of the table here. 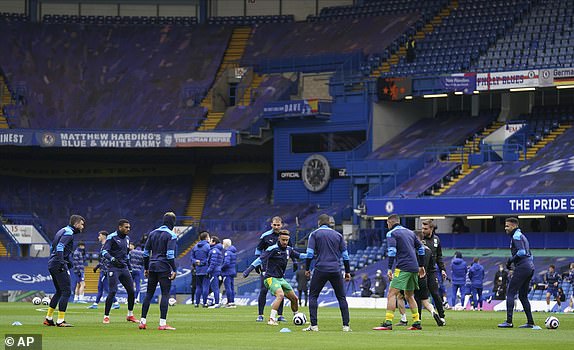 Just another 15 minutes until kick-off at Stamford Bridge as the Premier League returns. So grab yourself a cup of tea and make yourself comfortable 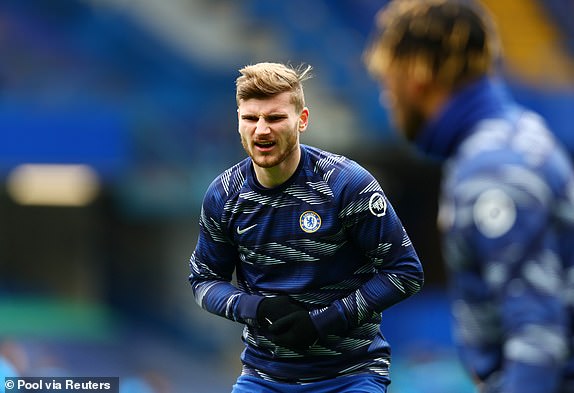 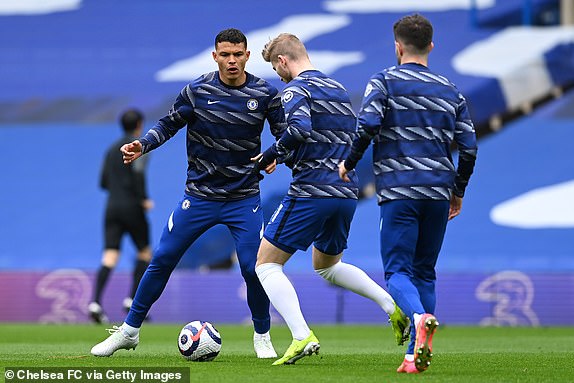 The odds are stacked against West Brom getting a result today but a glimpse at the table shows they probably need at least one point to avert a first relegation of Sam Allardyce’s career.

Sitting second bottom, they are 10 points adrift of 17th-placed Newcastle United with only nine rounds of games left. 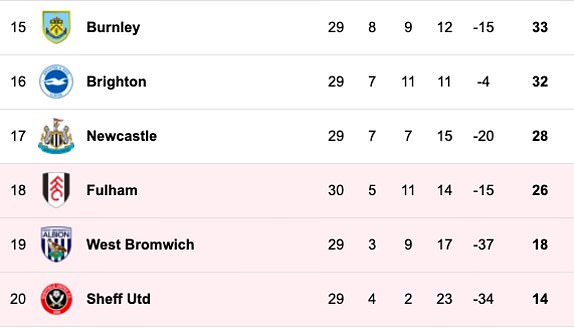 Representatives for Olivier Giroud met up with Roma’s technical director Tiago Pinto on Friday over a potential summer move, according to reports.

The Chelsea striker is entering the final few months of his contract at Stamford Bridge and has been attracting interest from several Serie A clubs.

Sam Allardyce has insisted that Chelsea youngster Conor Gallagher would be better off staying at West Brom for another season despite being set for an opportunity to prove himself at Stamford Bridge next term.

The 21-year-old has been a standout performer for struggling West Brom this season, starting in 22 of their league games, and has caught the eye of his boss back at Chelsea.

Thomas Tuchel reportedly has Gallagher is his plans for next season and is willing to give him game time when he returns from his loan spell at West Brom, who have lost 17 of their 29 league matches this season and currently find themselves 10 points cut adrift of safety in 19th position.

The Serbian defender played 377 times for Chelsea between 2007 and 2018 but today lines up against his old club for the Baggies. 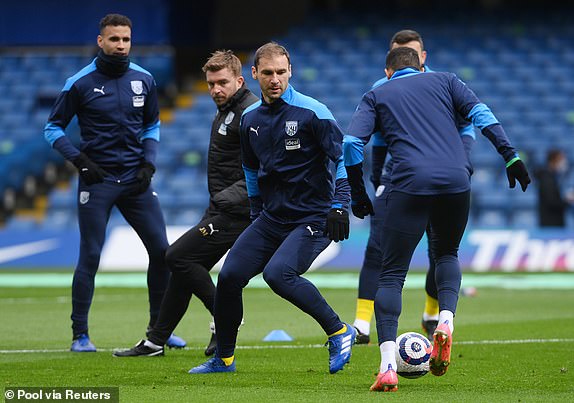 Some odds from Betfair ahead of the big match if you fancy a flutter. 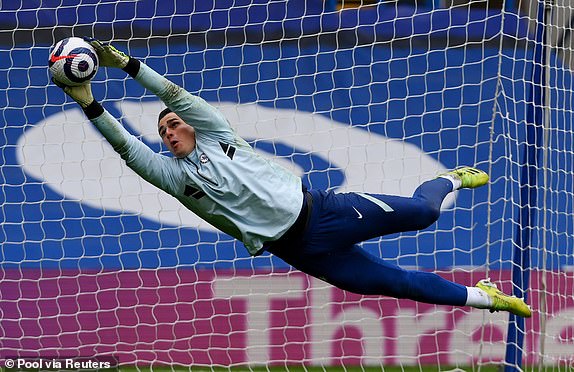 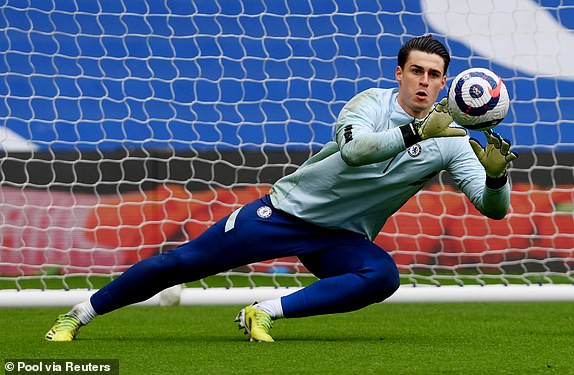 Chelsea are unbeaten in their last seven Premier League meetings with West Brom (W5 D2), coming from 0-3 down at half-time to draw 3-3 in the reverse fixture at the Hawthorns this season.

West Brom are winless in their last 15 away league games against Chelsea (D3 L12) since a 3-1 win in September 1978. In the Premier League, the Baggies have lost 10 of their 12 visits to Stamford Bridge (D2), failing to score on nine occasions in that run.

Since a 0-1 defeat to Bournemouth in December 2015, Chelsea have won their last 11 Premier League home games against sides in the relegation zone by an aggregate score of 31-4.

West Bromwich Albion have won just 10% of their Premier League games in London (W7 D19 L44), the lowest ratio of any non-London side with at least 50 visits to the capital. The Baggies are winless in their last 13 such games since a 1-0 win at Crystal Palace in August 2016 (D2 L11).

Chelsea have had five goalless draws in the Premier League this season, with three of those coming in their 10 games under Thomas Tuchel. Only in 1998-99 and 2001-02 (both six) have the Blues had more 0-0 draws in a single Premier League campaign.

West Bromwich Albion have scored fewer (9) and conceded more (30) second-half goals than any other Premier League side this season. Meanwhile, no side has conceded fewer goals after half-time than Chelsea (10), while 61% of the Blues’ goals scored this term have come in the second half (27/44).

Chelsea are yet to concede a single goal in their five Premier League home games under Thomas Tuchel. In English top-flight history, the only team to keep a clean sheet in their first six home games under a specific manager are Manchester City under Ron Saunders in 1973-74.

Hakim Ziyech has scored in both of his last two appearances for Chelsea in all competitions, the same number as in his first 24 games for the club. The Moroccan hasn’t scored in three consecutive club games since a run of four in January 2016 with FC Twente.

All three of West Brom forward Callum Robinson’s Premier League goals have been scored against Chelsea, scoring once for Sheffield United last season and twice in the reverse fixture for the Baggies this term.

Here’s the scene at Stamford Bridge ahead of kick-off. I can confirm it isn’t the most pleasant day in London – in fact, it’s grey and pretty chilly. 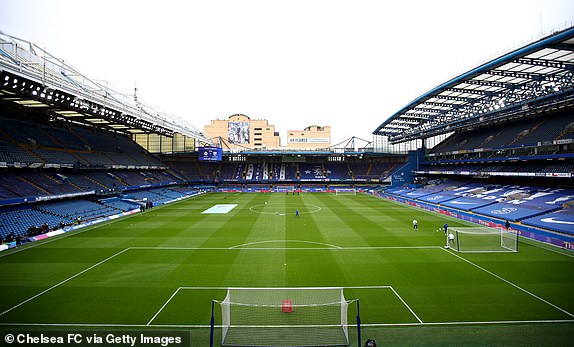 Chelsea boss Thomas Tuchel has played down any talk of a summer overhaul, claiming he wouldn’t be too fussed if the club didn’t make any signings.

Tuchel has rejuvenated Chelsea since taking over from Frank Lampard in January, with the club moving back into the Premier League’s top four and reaching the Champions League quarter-finals amid a 14-game unbeaten streak.

Even though Chelsea have shone in that run, the Blues have been linked with some big names – including Borussia Dortmund sensation Erling Haaland and outgoing Man City legend Sergio Aguero.

Semi Ajayi has come in for Conor Gallagher in the Baggies side today because the Chelsea loanee isn’t eligible to face his parent club.

Thiago Silva makes his first start for Chelsea since February 4 with the Brazilian defender finally shaking off a nagging thigh problem for his first appearance since the 1-0 win at Tottenham.

We will be able to bring you confirmation of today’s teams in a few minutes’ time. 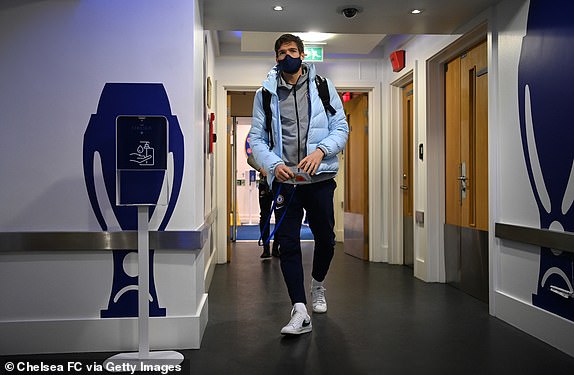 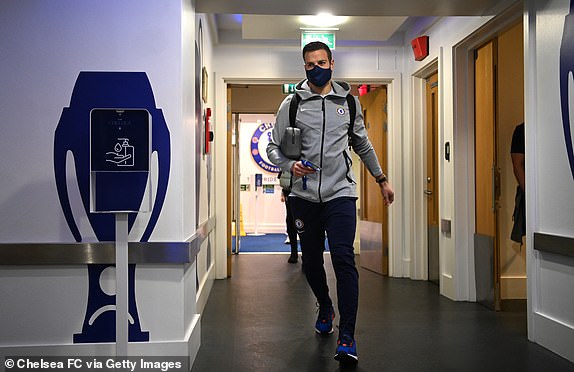 So as the Premier League resumes for the final stretch of the season, we see that Chelsea are in fourth and on course for a Champions League place next season.

However, there are plenty of other teams in pursuit of that fourth spot including West Ham, Tottenham, Liverpool and Everton.

At the moment, their cushion to West Ham in fifth is only two points but obviously that could become a more comfortable five by half two. 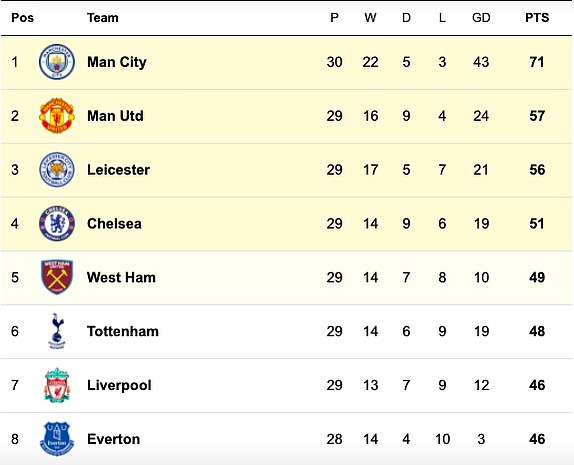 The international fortnight was a nice little interlude but surely nobody is sad to see the back of it. The Premier League is back and we’re into the truly defining stage of the season.

The first of four fixtures this Easter Saturday has implications at both ends of the table. Chelsea, who have been unbeatable so far under Thomas Tuchel and are hoping to cement their top four spot, take on relegation-threatened West Bromwich Albion.

The Baggies need to make up 10 points if they’re to pull off the greatest of great escapes and if they fail to win today it looks highly unlikely.

Welcome along to our coverage of this 12.30pm kick-off from Stamford Bridge.