Chelsea will have to rethink their transfer strategy after it has emerged that Miralem Pjanic reportedly favours a move to Barcelona over joining the Blues. The Bosnian midfielder is considered surplus to requirements at Juventus and has been heavily linked with a switch to Stamford Bridge this summer.

Chelsea were said to be lining up a swap move involving Jorginho, who is a favourite of Juve boss and former Blues manager Maurizio Sarri.

Mundo Deportivo claim the west London club were looking to take advantage of this relationship to facilitate a deal, thereby securing themselves a like-for-like replacement.

But now it seems such a transfer is unlikely to happy after Pjanic has supposedly discarded the idea of joining Chelsea.

Instead, the 30-year-old is pressurising Juventus to organise a move to the La Liga champions by saying “I’m only going to Barca”. 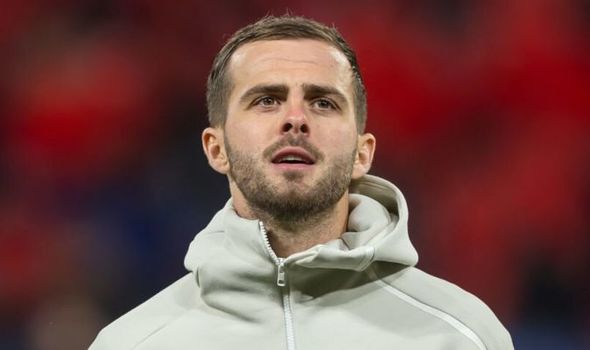 However, this throws up complications because it has previously been reported that the Old Lady are only interested in Arthur as a straight swap – and the Brazilian does not want to leave the Nou Camp.

Barcelona may therefore be forced to undertake a cash-only deal in order to sign Pjanic, although this is considered a last resort.

Chelsea have another ace up their sleeve with Juventus boss Sarri also keen to sign Emerson Palmieri in addition to Jorginho.

The left-back has struggled to nail down a first-team spot with the Blues and is expected to move on this summer but is highly rated in Italy and has several suitors.

Previous reports have suggested both Emerson and Jorginho could both be utilised in an effort to snap up Pjanic, although Chelsea will be reluctant to commit without an additional transfer fee as an incentive.

Paris Saint-Germain have also been credited with interest in Pjanic and the Ligue 1 champions’ sporting director Leonardo was hoping to offer the Juve star a big deal with major incentives.

However, their approach has been made too late and Pjanic reportedly has his heart set on a move to Barcelona.

The Spanish giants are said to have made several calls to Pjanic and an agreement has already been struck between the two parties. 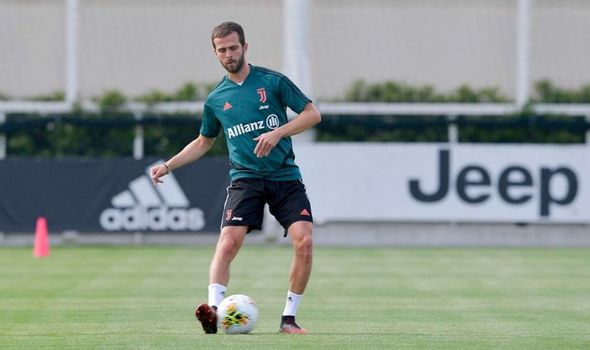 Despite his impending departure, the midfielder has still been used frequently by Sarri this term and has bagged three goals while providing four assists in 22 Serie A appearances.

Pjanic has won three domestic titles since arriving from Roma in 2016, while he has also helped the Turin outfit lift two Italian cups.

Juventus are looking to clear the decks and raise funds to aid any potential financial fall-out from the coronavirus crisis, meaning the older members of the squad are being moved on.

However, Barcelona supposedly see Pjanic’s experience as invaluable in helping the younger members of the first team such as Riqui Puig develop.