Hakim Ziyech has declared himself “100 percent ready” to face Tottenham tonight, as he prepares to return to the Chelsea squad. New boss Thomas Tuchel made the decision to leave him at home for the clash with the Clarets due to fatigue.

lthough Ziyech was not carrying any injuries of note, Tuchel claimed the Moroccan was struggling to recover after matches.

“Hakim has been in a bit of overload for five weeks so he has a bit of a risk getting injured if he plays more than 30 minutes,” Tuchel told Chelsea’s 5th stand app.

“For that we decided to [give him] a break now to go out of the risk zone.”

Ziyech had to watch on as Chelsea cruised to a 2-0 victory over Sean Dyche’s men, in a match that highlighted the fierce competition for places at Stamford Bridge. 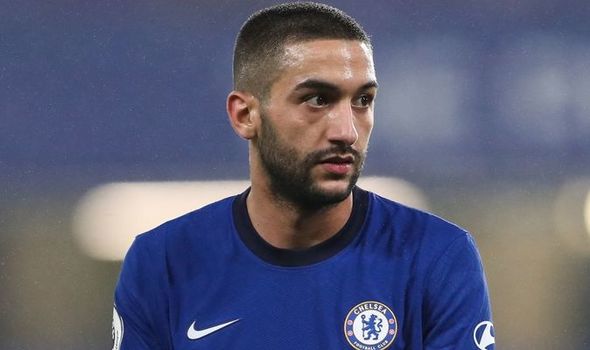 Now Ziyech has made it clear that he is raring to go, as he sets his sights on an immediate return to the starting XI.

When speaking to beIN SPORTS, the former Ajax man confirmed he was “100 percent fit and ready” for the crunch London derby with Spurs.

The two sides lock horns for the third time this season tonight in north London and both teams have work to do after falling behind in the race for the top-four.

Since replacing Frank Lampard, Tuchel has implemented a new system with three at the back.

And in the view of Ziyech, his new role enables him to have more freedom on the pitch, meaning Chelsea fans may soon see the best of him.

“It is a position where I love to play, without the ball having your responsibility but with the ball being free and trying to find space and trying to play football,” he told Chelsea’s website.

“Especially in that position you have a lot of options because is the defender coming out, yes or no? 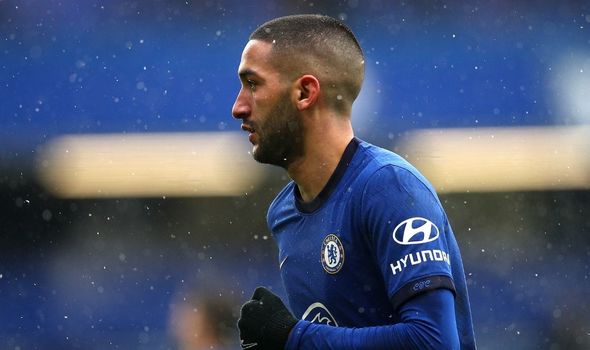 “If he is not coming you can turn around and find the striker or the left-winger or the right-winger in space. You have a lot of options.”

It’s been a difficult and disruptive start to life at Chelsea for Ziyech following his £35million move from Holland.

The attacker picked up an ankle injury on his debut in pre-season against Brighton and suffered a new hamstring problem around six weeks after his return.

But now he has vowed to stay fit and put the bad luck behind him in order to kick on under Tuchel.

“The last six months did not go exactly how I wanted to think it would but it is what it is and you still need to keep improving,” he said.

“I had that bad luck with my injury when I came in but still there is time. I know for sure I believe in myself that I can do it and I can reach the same level as I used to have at Ajax here at Chelsea.”